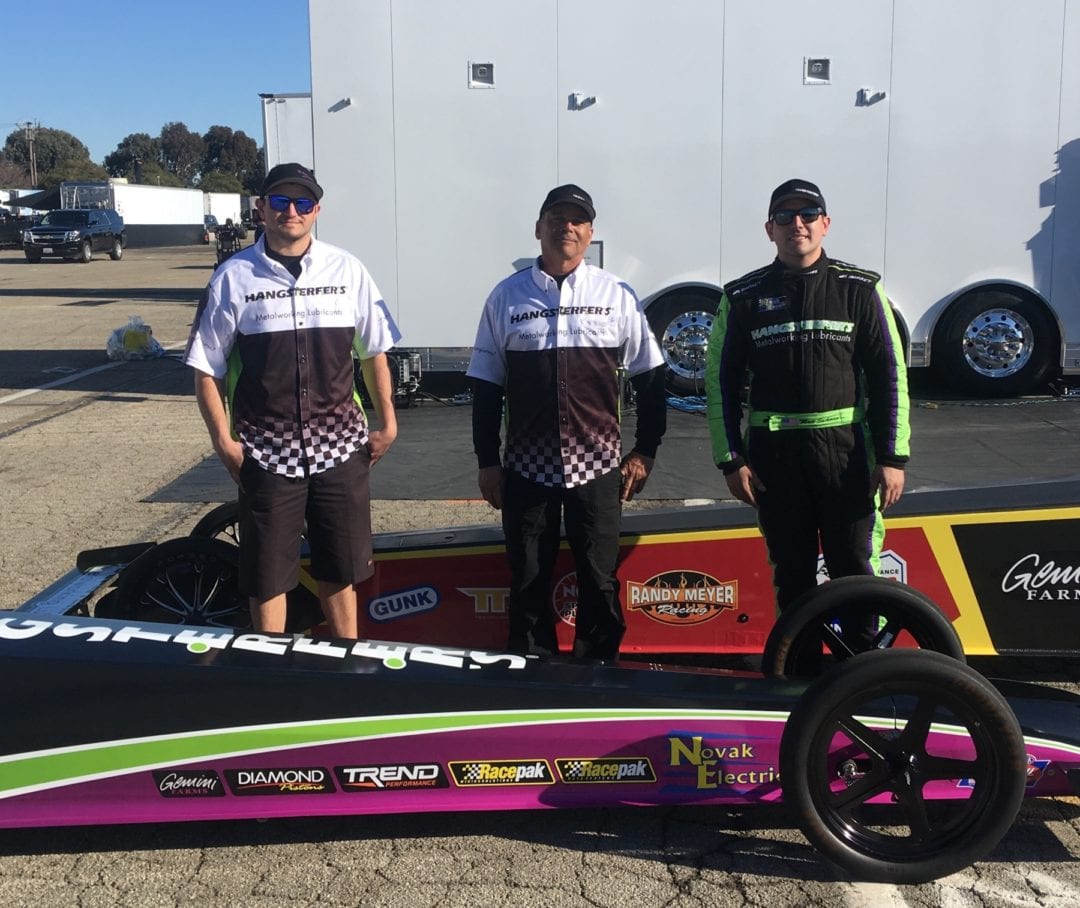 Hangsterfer’s Metalworking Lubricants drivers Matt and Zach Sackman both raced to the final round in their respective classes at the season-opening Lucas Oil NHRA Winternationals Feb. 11 at Auto Club Raceway in Pomona, Calif.

Racing in his first national event, Matt drove the Hangsterfer’s/TMS Titanium/Gemini Farms A/Fuel dragster to the Top Alcohol Dragster final round, while Zach posted a runner-up finish in Top Dragster in the Hangsterfer’s blown alcohol dragster.

“This was a fantastic start to the 2019 season,” said Matt, 25. “Obviously, we both wanted to win the race, but we’re pretty happy with the way the weekend went, that’s for sure.”

“It was a great points day for me,” said Zach, 23, who finished sixth in the 2018 NHRA Top Dragster national points standings. “This will more than likely be one of my claims, so I’m happy with the finish. Matt did a pretty good job going to the final round at his first national event. Overall it was an awesome weekend.”

Competing in just his fourth Top Alcohol Dragster event, Matt and the Randy Meyer-tuned Hangsterfer’s entry qualified No. 2 after ripping off a 5.181-second pass at 276.52 mph in the first session and smoking the tires in the second session. The third session was canceled due to rainy weather. 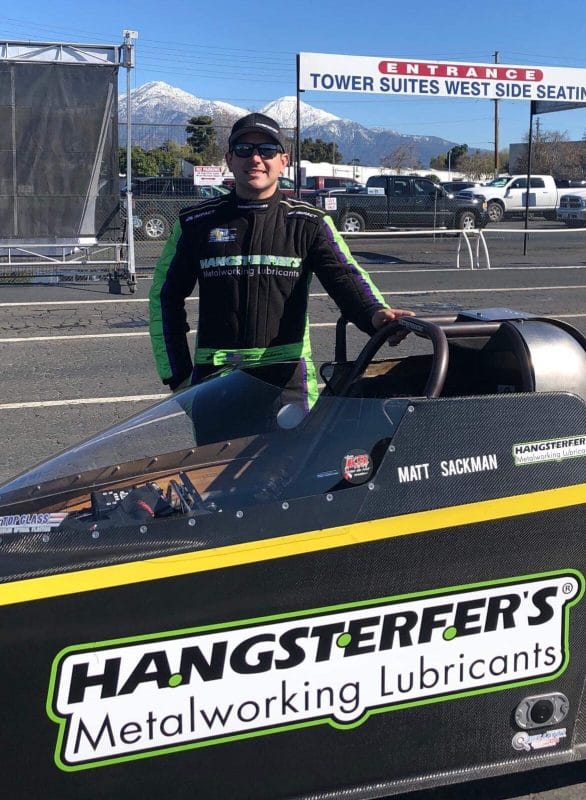 “I was a little nervous going into first round because we went 5.18 on Q1 then we didn’t make it off the starting line on Q2,” Matt said. “I don’t have much experience pedaling or feeling when it’s going to smoke the tires, so I was a little nervous. It made a nice run (5.286 at 266.00) in the first round. After that I was pretty confident for the rest of eliminations.”

Matt was pulling double duty over the weekend, going back and forth between his duties as a cylinder head specialist on Antron Brown’s Matco Tools Top Fuel dragster and his driving duties. His workload was lightened when Brown lost a close race to teammate Leah Pritchett first round Sunday morning, allowing Matt to focus on driving through the Monday completion of rain-delayed eliminations.

“I like to work on the (A/Fuel) car and I kind of felt bad the first few runs when I would just show up in the lanes and take off back to the Matco pit after we ran,” Matt said. “It was disappointing to go out first round with Antron, but it gave me more time to hang out with the Randy Meyer Racing guys while they were working on the car.” 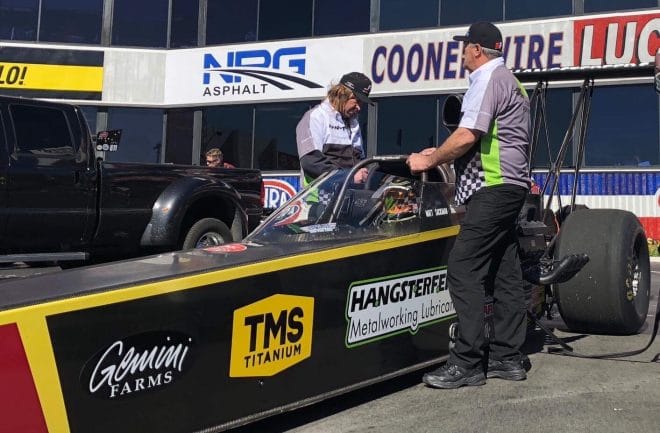 Matt shook the tires on his second-round single, then stepped up to a 5.219 at 274.33 over Garrett Bateman in the semifinals. He grabbed his fourth consecutive starting-line advantage in the final round next to No. 1 qualifier Shawn Cowie, but Cowie drove around Sackman’s 5.299 at 276.18 with his 5.156 at 279.73.

“Big thanks to Bill Jones, Ann Jones, Mike Ditzel and everyone at Hangsterfer’s for really standing behind Zach and I, especially giving me the opportunity to run this race,” Matt said. “Todd at TMS and Gemini Farms also helped make it possible. Randy Meyer and his guys gave me a great car and got me to the final round in my first national event.”

In Top Dragster, Zach qualified No. 4 with a 6.161 at 226.32. He charged through eliminations with round wins over Jeff Connelly, Thomas Bayer, Mike MacBrair and Trevor Ritchie before facing Jeff Taylor Jr. in the final round. Distracted by the plunger that had fallen out of the auto-shifter after the burnout, Sackman left the starting line second and ran 6.256 on a 6.23 dial-in, but it wasn’t enough to catch Taylor’s 7.105 on a 7.05 dial-in.

“Knowing that I was going to have to shift the car myself, I was focused on shifting it at the right time,” said Zach, who thanked the team’s sponsors, as well as BrandoSpeed and Novak Electric. “I wasn’t terribly late, but I was late enough. The car ran close to what it would normally run with the auto-shifter. It’s too bad that it happened when it did, but it is what it is. It was a learning experience.”