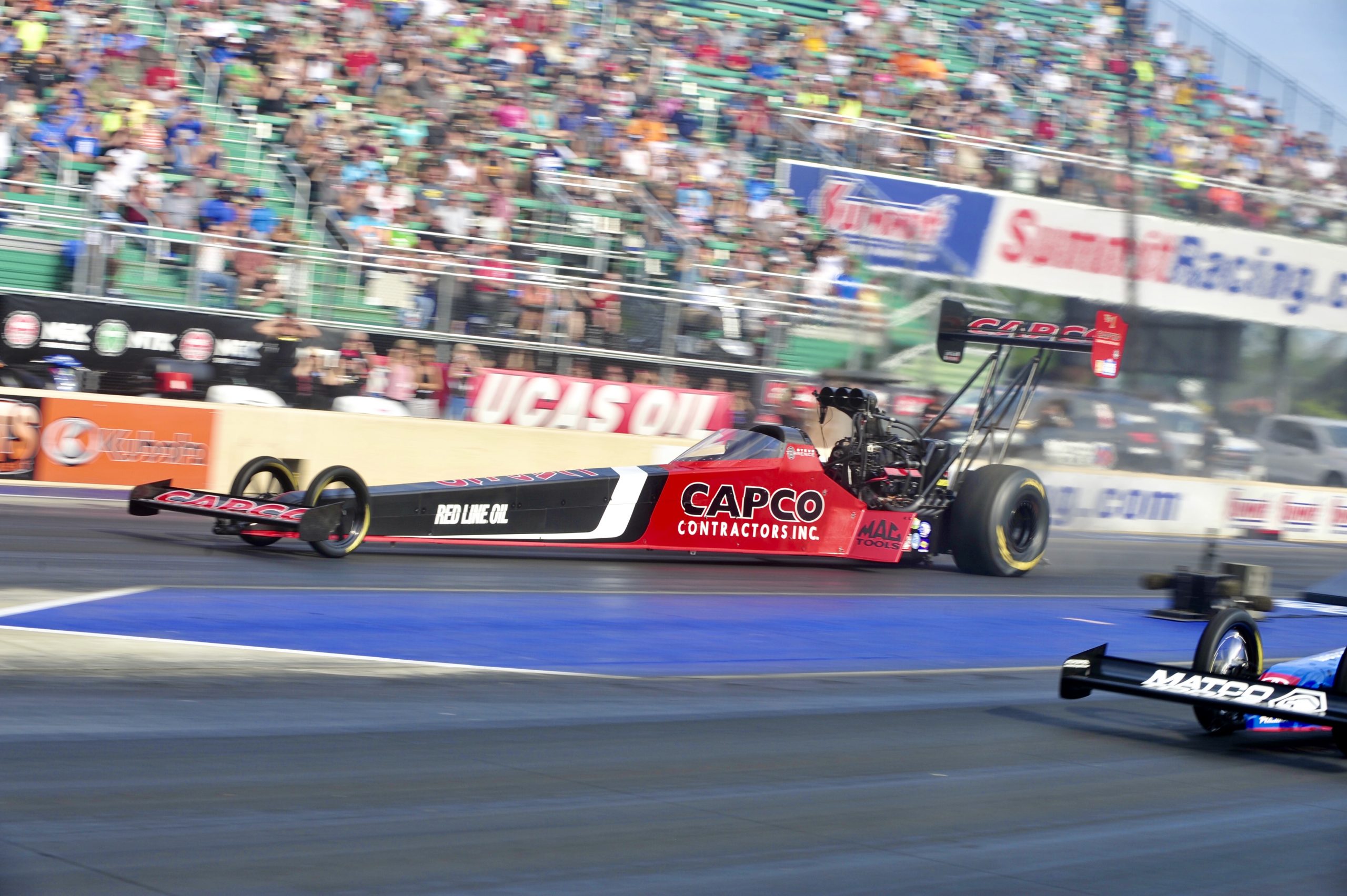 Torrence, who is also the current Top Fuel points leader, qualified No. 1 for the third time this year on the strength of his run of 3.705-seconds at 324.83 from Friday in his 11,000-horsepower Capco Contractors dragster, but he also made the quickest passes during Saturday’s final two sessions. That gives the Texan plenty of confidence to try and pick up his third win at the track in the past four races. Torrence will open eliminations against Shawn Langdon.

“It gives you a lot of confidence as a driver to know you’ve got a car that was low every session, went A to B and had no hiccups,” Torrence said. “It definitely boosts your confidence, but tomorrow is going to be a lot hotter and track conditions are going to change a lot. We’ll go do the best we can and see if we can go four rounds tomorrow.” 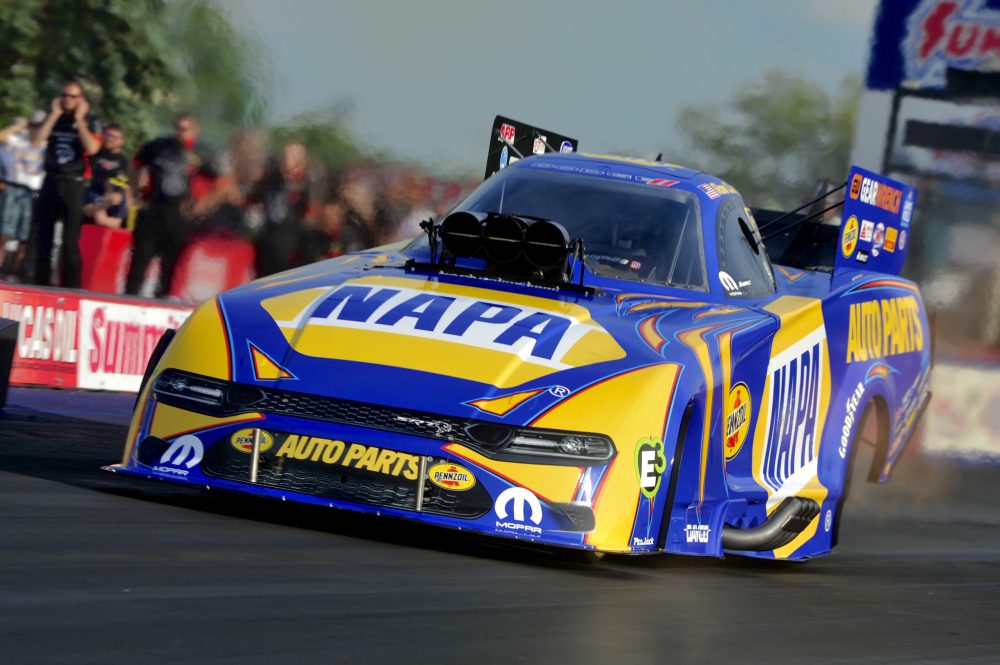 Capps’ run of 3.888-seconds at 329.34 mph in his 11,000-horsepower NAPA Auto Parts Dodge Charger SRT Hellcat on Friday was good enough to secure his second top spot in 2021 and 27th time in his career. Capps, who has one career win in Norwalk, is still seeking his first victory of the year and will try to accomplish that on Sunday. He’ll open eliminations against Terry Haddock, who upset the former world champ in the opening round at the most recent race in Epping.

“It’s a great start with a great car,” Capps said. “Tomorrow is going to be warmer and it’s going to be tough conditions. We’re racing Terry Haddock again in the first round and like I said in Epping, you can’t take anyone lightly. We’ll be on our game and we’re going to go up and try to keep doing what we’ve been doing this weekend. We don’t want to change anything. The car’s running great and a Wally is coming.”

Robert Hight finished second after his run of 3.895 at 327.59 held up from Friday, while Capps’ Don Schumacher Racing teammate and defending world champ Matt Hagan finished third thanks to Friday’s run of 3.899 at 327.82.

Anderson was back in a familiar position in Pro Stock, as the veteran moved into the No. 1 position after going 6.602 at 206.54 in his HendrickCars.com Chevrolet Camaro. It hands the four-time world champ his sixth No. 1 qualifier in seven races this year and 112 in his incredible career. He’ll face off with Fernando Cuadra to open eliminations as Anderson looks to pick up his 97th win and tie Warren Johnson for the most in Pro Stock history.

“It’s all about positivity and you’ve got to think positive if you want results. I’m going to think positive all day tomorrow and there’s a lot to be positive about,” Anderson said. “I’m racing here at a beautiful race track and the fans are excited, and everything’s great about that. It all comes down to execution on Sunday. I didn’t close the deal at the last race and I need to close the deal tomorrow. I’m having a blast. We’ve got a beautiful car, it’s fast and it’s a dream to drive. It’s all good.”

Aaron Stanfield finished second thanks to his run of 6.615 from Friday and defending world champ Erica Enders qualified third on the strength of Friday’s run of 6.620 at 206.83.

In Pro Stock Motorcycle, Johnson continued his momentum after winning in Charlotte, earning his first No. 1 qualifier since 2019 with a run of 6.789 at 198.44 on his Slick 50 Suzuki. It’s the fifth career top qualifier for the veteran and he also made the quickest pass in track history. He’ll open eliminations against Jim Underdahl as Johnson aims for his second straight victory in what’s turned into a banner season.

“I’m just so proud. We just take all those tiny details and it’s all about this race team. It’s so good to get a yellow (No. 1 qualifier) hat,” Johnson said.

In the E3 Pro Mod Drag Racing Series presented by J&A Service, Jose Gonzalez picked up his first No. 1 qualifier of the year with a run of 5.732 at 249.63 in his ProCharger-powered Camaro.