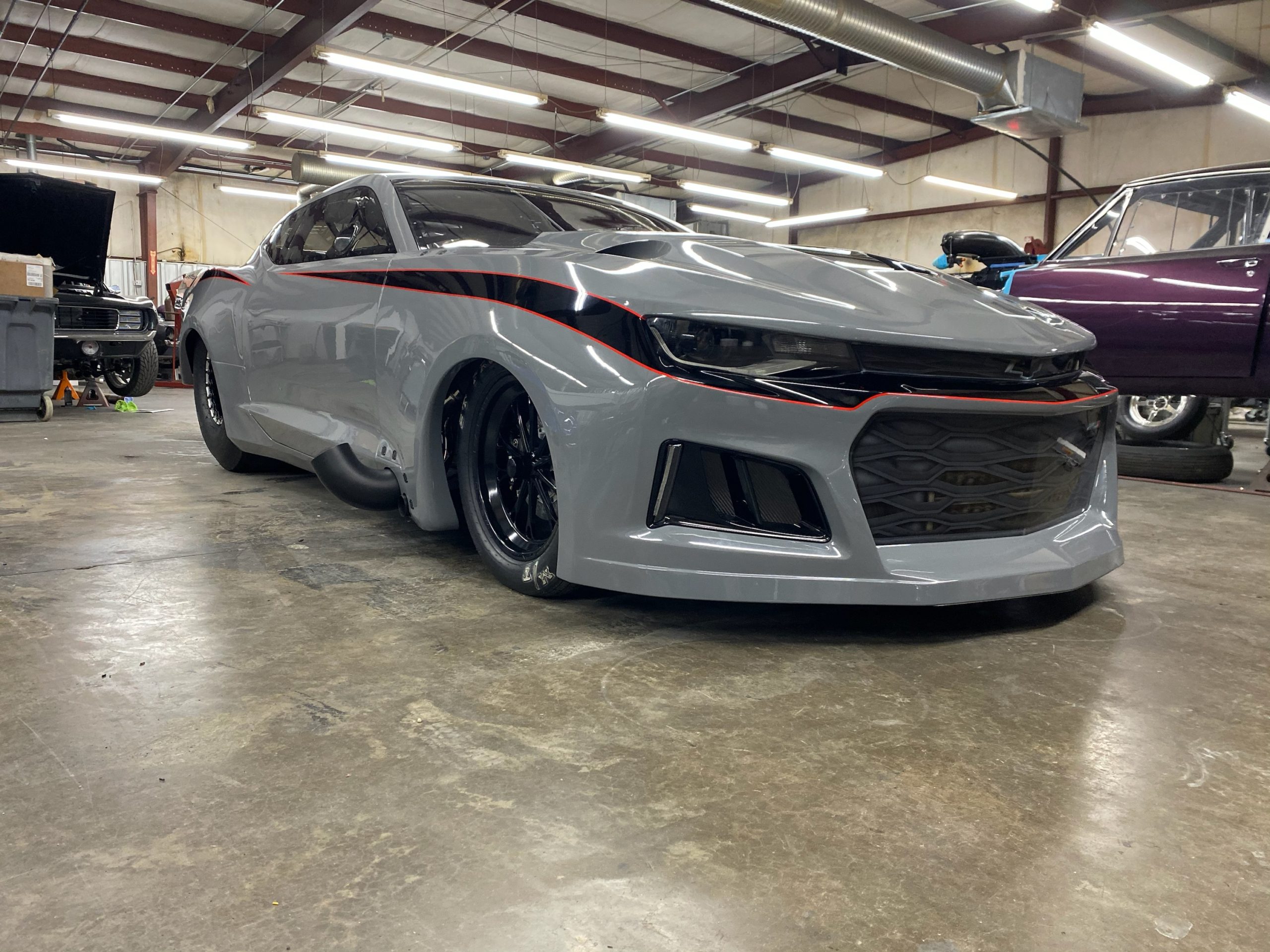 Rumors in the racing world are commonplace. Gossip and drama go hand-in-hand with the boisterous talk from racers and crewmembers, and whether you’re a fan of it or not, it creates excitement. But sometimes being stealth while you accomplish your goals in private allows you the ability to focus on the task at hand without outside influence. Coming off his Street Outlaws No Prep Kings season 3 championship, Ryan Martin is ready to share a big secret—a brand-new race car!

Now before you freak out, the Fireball Camaro isn’t going anywhere. It is simply stepping aside for the time being, and the new car will be taking its place in No Prep Kings competition, but don’t call it Fireball 2.0! 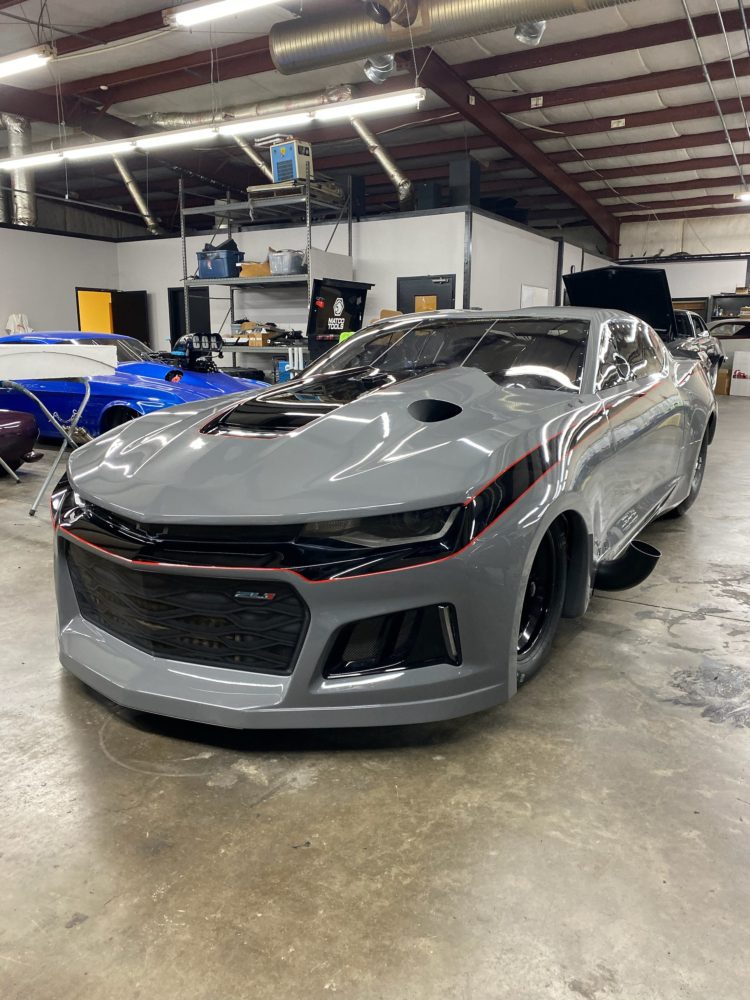 Ryan Martin, like many high-level drag racers is extremely focused on his race program. His testing regiment is second-to-none, and if you didn’t know it, the Fireball Camaro has made over 1,500 trips down track since he acquired the car. This is a testament to the team’s success on both the street and the track. But why start from scratch when you have a proven car?

“At the start of the No Prep Kings series we realized how strenuous the schedule was and how hard it was going to be on equipment,” Martin explains. “We knew that being on two television shows required a insanely large amount of work for us to be there at every event, while still racing on the street. My plan has always been to be competitive in both, and adding a second car is the most efficient way to make that happen.”

If you go back a couple of year to when Ryan raced the Fireball Camaro against Richard Rawlings and Alex Laughlin in Mega Race 2, Ryan walked away with a lot of their money. He wanted to reinvest in his race program and had the foresight to start building a new car then.

“My current car has well over 1,500 laps on it,” he tells us. “Even though it’s a very fast car, eventually things start to break and we started to see a few of those things over the last couple of seasons. So knowing that everything has a shelf life, I was trying to get ahead of it, number one. Number two, there are a lot of rumors of other people building new cars. I wanted to get ahead of that curve because people are starting to build cars that are specifically for no prep racing. So the motors are moved back little bit, there’s more tire clearance, stuff like that. What I started out with was essentially an Outlaw 10.5/radial car. So the motor is set really far forward, along with a few other things that don’t work well for no prep. We made it work, but there’s a lot of things we corrected on the new car.”

There is always trepidation when building a new car. Will it be as good as the old car? What it is going to take to make it fast? Even with a team like Martin Motorsports who has nearly limitless data, the concern of something going wrong is always there.

“There’s always the fear of new car blues and this thing’s got some really big shoes to fill,” Ryan tells us. “We came in second in the first two NPK seasons and won the third, it’s been number one on the street numerous times. It’s going to be really tough to build a car that’s as good as the current car, but that’s what we’re striving to do.” 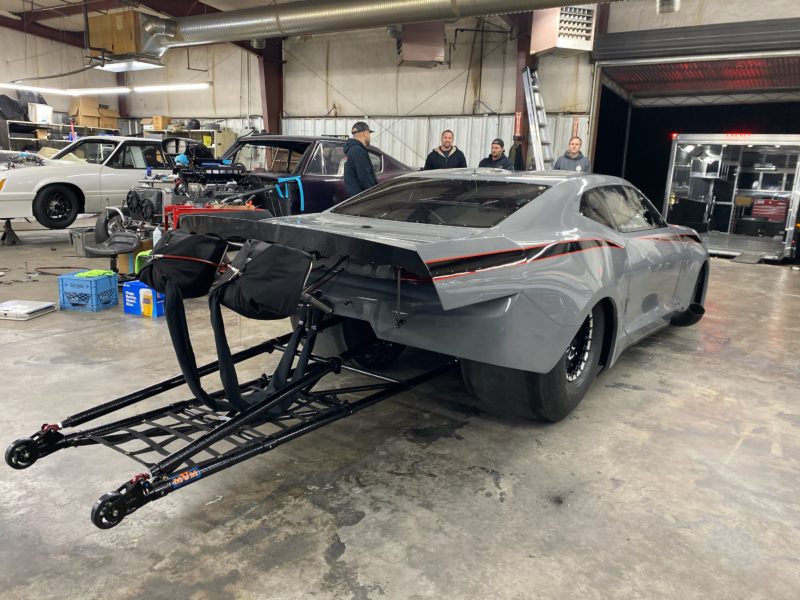 So let’s meet Martin Motorsports’ new big-tire no-prep car. It started life as a 2018 ZL1 Camaro. Ryan acquired the car with fairly significant front-end damage. Though it had damage, the main structure of the car was intact, including the roof and quarter panels, which made it the perfect candidate to become a race car. With the decision to build a new car made, and the vehicle acquired, it was time to figure out who was going to build it. Given the enormous amount of success the team has had with the Fireball Camaro, there was only one option—Bill Gilsbach. Bill has been the mastermind behind some of the technologically advanced, and well-built drag race cars in the world, and this is now the pinnacle of his accomplishments.

Gilsbach went to work cutting the ZL1 apart in preparation for the chassis. Stock Car Steel and Aluminum in Mooresville, North Carolina, supplied the chromoly tubing that Gilsbach would cut and bend, transforming it into the 25.2-spec chassis you see here. Weight was also a very big concern while chassis was being built. To address these concerns, some more exotic materials were used wherever possible in the build. Any component that could be made from titanium rather than steel was. The materials came from TMS Titanium and were used for the firewall, parachute mount, and other various components. The interior is also filled with loads of carbon fiber, adding to the lightweight motif. These sheets, along with numerous ofther components were sourced from Tim McAmis Performance Products.

There are many similarities to the Fireball Camaro, and that’s for good reason. What good is having a wealth of knowledge if you can’t use it? For Ryan and his team, the 1500-plus passes they’ve put on the Fireball Camaro are extremely important when it comes to the new car. Why, you ask?

“When the car hits the ground ready to hit a racetrack, we’ll go testing,” Explains Ryan. “We’re going to go somewhere where it’s warm in January and start testing the car to figure out what it likes, what it needs, and what it wants. One thing that I do think is going to aid in making sure that the car is competitive is that we didn’t steer away from the engine combination we’ve been using. We are still running a ProLine Racing Stage 4 481X, M&M Transmission TH400 with a lock-up Pro Torque converter. So I know how to make the power. That’s going to be easy. We just bettered the chassis of the car. The challenging part will be making this combination work as quickly as possible before the start season 4 of NPK.”

The 481X and twin Precision Turbo and Engine 98mm turbos residing between the framerails of the new car means power production should not be an issue. The engine is controlled with an FT600 engine management system from FuelTech. This is the same system used in the Fireball Camaro, and should make the transition even easier. 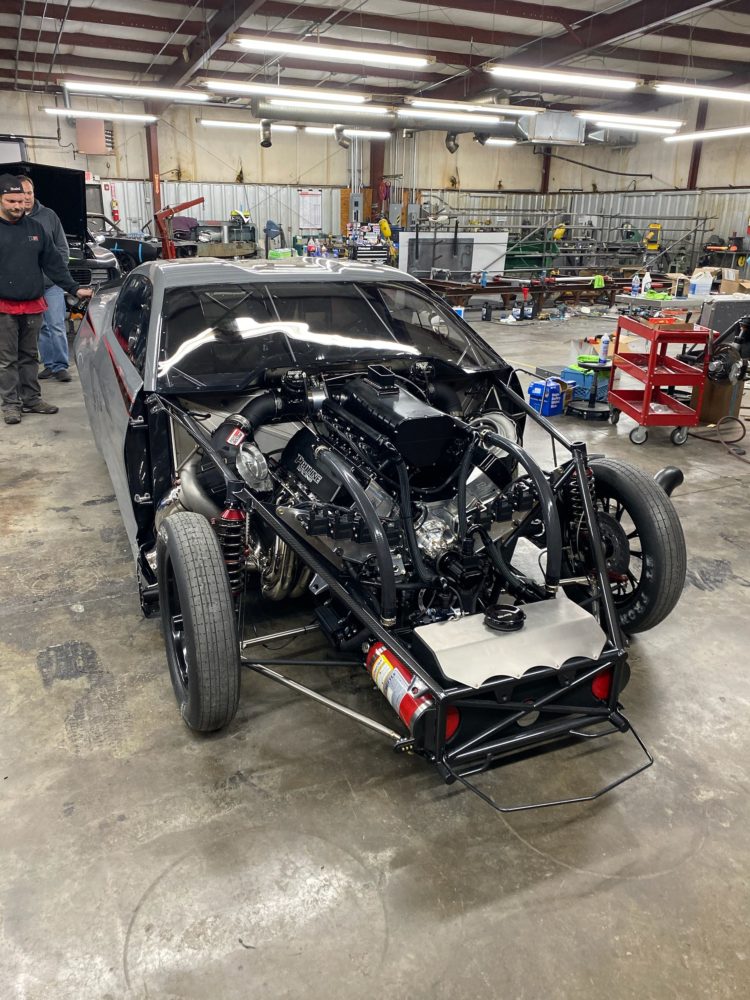 With a 5,000-horsepower-capable combination under the hood, the driveline needs to be stout. Power is transferred through a Pro Torque torque converter and M&M TH400 transmission through a Dynamic Driveline carbon fiber driveshaft to the fabricated rearend housing from Jerry Bickel Race Cars. The housing is a work of art and can accept up to an 11-inch ring and pinion. The floater rearend is completed with Strange Engineering’s billet 9-inch center section filled with 10.5-inch gears. Strange’s floater axle hubs, axles, and carbon brakes complete the assembly. Strange carbon front brakes are also used in the front to help stop the car on the big end. Santhuff shocks and struts have been installed in all four corners, also a carry-over from the Fireball Camaro.

When you look at the bodywork of the car, the true craftsmanship of the build is subtly on display. Currently, 6thGen Camaro parts for applications like this don’t exist and needed to be made custom. The carbon fiber one-piece nose and doors started with factory body panels. Ryan and Bill teamed up with the best in the business when it comes to lightweight composite body panels—Dan Schoneck of Schoneck Composites. Bill and Dan worked together to create the perfect blend of ultra lightweight body parts with loads of attitude. The exterior was treated to its grey hue with black and red accents by the masters at Jerry Bickel Race Cars. The paint is flawless, the details in the hand airbrushed ZL1 grille and emblems, complete with heat exchanger, are nothing short of stunning. The aggressive look of the car is finished off with a set of Weld Racing wheels and Mickey Thompson tires. 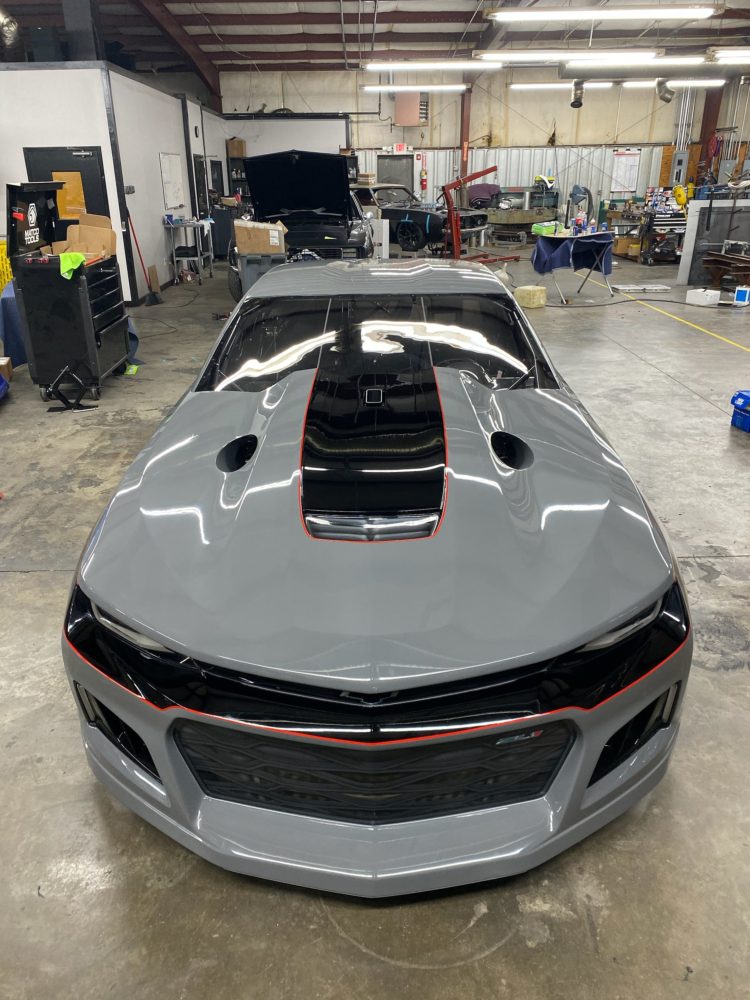 With the new car nearly ready to hit the track, and the fourth season of NPK right around the corner, what does this mean for the Fireball Camaro? Will the car that took Ryan to the top be put out to pasture?

“The plan right now is to retire the current red car from NPK and let this car take over its spot as the no prep car,” explains Ryan. “The Fireball Camaro is going to be the car we use on the street. It works really well there and it gives us a chance to do some much-needed repairs. There are a few things we want to change for the street that we never had the opportunity to do in the past. With the new car’s focus being on no prep, we will finally have the chance to make some changes.

“The weeks leading up the PRI have been really stressful with trying to get the car finished,” Ryan adds. “None of this would have happened if I didn’t have the best guys behind me. Whether it’s Javier Canales or any of the other guys at our shop, Bill Gilsbach who has countless hours in on this deal, or the guys at RK Racecraft and Homier Fabrications who all really stepped up this past week to make sure the car got finished for the show, I couldn’t do this without them!”