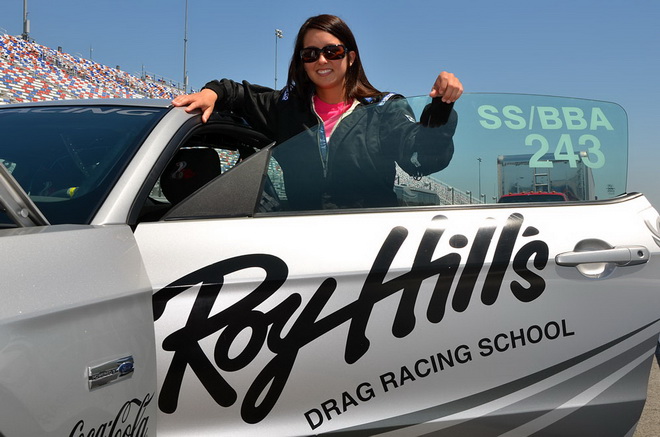 Fresh off solid outings at the NHRA 4-Wide Nationals in Charlotte and the SpringNationals in Houston, Roy Hill and the Phoenix Racing Ford Mustang Cobra Jet Super Stock team will roll into Atlanta Dragway for the NHRA Division 2 double header points race May 1-4.

“Team driver Craig Hankinson and I both qualified well in Charlotte and in Houston, and Craig was able to advance to the fourth round of eliminations in Charlotte,” Hill said. “But beyond that, both events were successes for us because we had a great time hosting our sponsors; we had the folks from FireAde 2000, Alsco, and Coca-Cola in Charlotte and our friends from Hughes Oilfield Transportation in Houston. In between the two events we had an excellent session of Roy Hill’s Drag Racing School at zMAX Dragway with our sponsors, so we’ve been busy.”

Competing in the divisional race in Atlanta presents another opportunity for Hill to engage his supporters. The area is home to FireAde 2000 and Coca-Cola, and executives from each will be in attendance this weekend; then next Friday, May 9, Hill will be at Atlanta Motor Speedway giving away rides in his famous three-seater dragster.

“We’re looking forward to partnering up with Atlanta Motor Speedway to host a number of our corporate schools throughout the year for FireAde 2000, Alsco, and Coca-Cola,” said Hill.

Hill also has a unique event planned for May 13, when he will be welcoming executives and media from Ford for a special event. “The top ten executives from Ford will be in town to help introduce the new Ford Tech Center in Concord, NC and I will have the privilege of showing them around at zMAX Dragway, where they’ll be driving our Ford Mustang Cobra Jets,” Hill explained. “It’s always a pleasure to show the upper management at Ford exactly where their funding goes.”

Completing his three-week tour of Atlanta, Hill will return to Atlanta Dragway for the 34th annual Summit Racing Equipment NHRA Southern Nationals on May 16-18. Joining Hill and Hankinson at both this weekend’s divisional races and the national event will be the team’s newest driver, Brooke Warren.

“Brooke will be running the Roy Hill’s Drag Racing School Super Stock car as well as her own Super Comp dragster,” Hill said. “We’re really excited to have FireAde 2000 and Alsco involved with her as she progresses in her racing career.”

Upon his return from Atlanta, the next session of Roy Hill’s Drag Racing School will be held June 2-3 at zMAX Dragway, with private sessions scheduled throughout the week.

“We’re getting ready for an absolutely great summer,” said Hill.