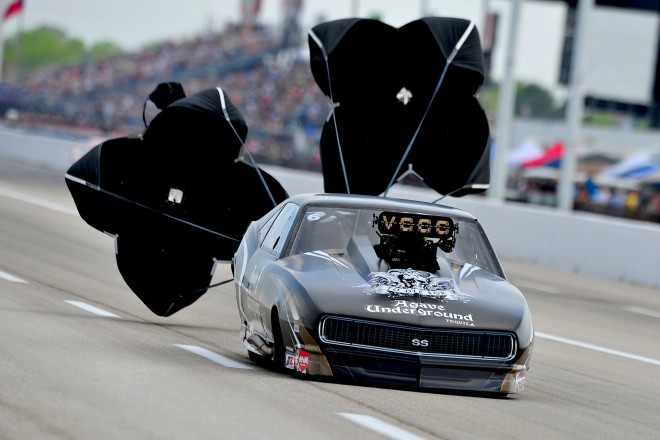 Though an opportunity to put both Agave Underground Tequila Pro Mods in the final round of the NHRA Spring Nationals was well within reach for team drivers Danny Rowe and Steve Matusek, it simply wasn’t meant to be.

Rowe and Matusek, both consummate professionals and veteran Pro Mod drivers, suffered uncharacteristic mishaps in the semifinal round of competition – Rowe falling to Mike Castellana by way of holeshot and Matusek, still getting his bearings in a supercharged Pro Mod versus the twin-turbocharged car he’s driven for the past several years, left before the tree was activated in a matchup with eventual event winner Mike Janis.

“Let’s be honest, it’s disappointing,” says Rowe, who qualified 10th amongst the quickest and fastest Pro Mod field in the history of Royal Purple Raceway. “Having been in business all my life – it’s one of those deals where you simply hate to miss out on an opportunity. We had a great opportunity, but we came up a little short and it’s disappointing. It’s tough for me, personally, when you know your guys gave you a killer hot rod. Jimmy Rector, Karen, Junior, Daryl, Chop, Chris, Gary, Gene – they are the best team in the business, bar none.

“But we always say that we win together and we lose together,” continues Rowe, “so we’re already over it – we’re on to Atlanta. There are eight races left on the schedule and, honestly, we want to win them all. This NHRA Pro Mod Drag Racing Series is a marathon; it’s about going rounds on race day, and we’re doing that. Our goal here doesn’t waiver – we’re in it for a world championship – and we’re going to take another step toward that goal when we get to Georgia in a couple weeks.”

Matusek shared Rowe’s sentiment, but, too, was ready to direct his attention to the next race.

“It’s frustrating,” admits Matusek, who qualified 8th amidst an all-five-second field and dispatched Pete Farber and Don Walsh before bowing out in the semis. “It’s not something that I take lightly and, again, it’s frustrating. We’re making the move inside the car from a line lock to a handbrake and while I’m feeling good with it, getting pretty natural at this point, it’s not something I’m hiding from – it’s a screw up. However, it’s not something that’s going to happen again. Like Danny, it’s something you just hate for the team – it really felt like we had the car to beat, and I can hardly stand that we missed the opportunity to put these two Agave Underground cars in the final. 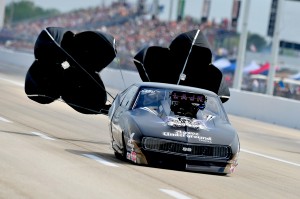 “But it’s not our last chance to do it – not by a long shot – and we’re going to every one of these next races with that expectation. We’re making leaps and bounds as a team, big progress, and we’re going to be contenders every time we unload these hot rods.”

Following the O’Reilly Auto Parts NHRA Spring Nationals, Rowe and Matusek find themselves 4th and 5th in the NHRA Pro Mod Drag Racing Series championship points – Rowe a mere 58 points out of first place and Matusek only 82 out of the lead.

“When you take a step back and look at everything, it’s hard not to be pretty happy,” concludes Rowe. “Steve is getting very comfortable inside this blower car, we’re both running very well in what is inarguably the most competitive Pro Mod racing in history and all of our Agave Underground Tequila guests – which totaled nearly 100 over the course of the weekend – had an absolute blast. We just have to maintain our focus and stay the course.”