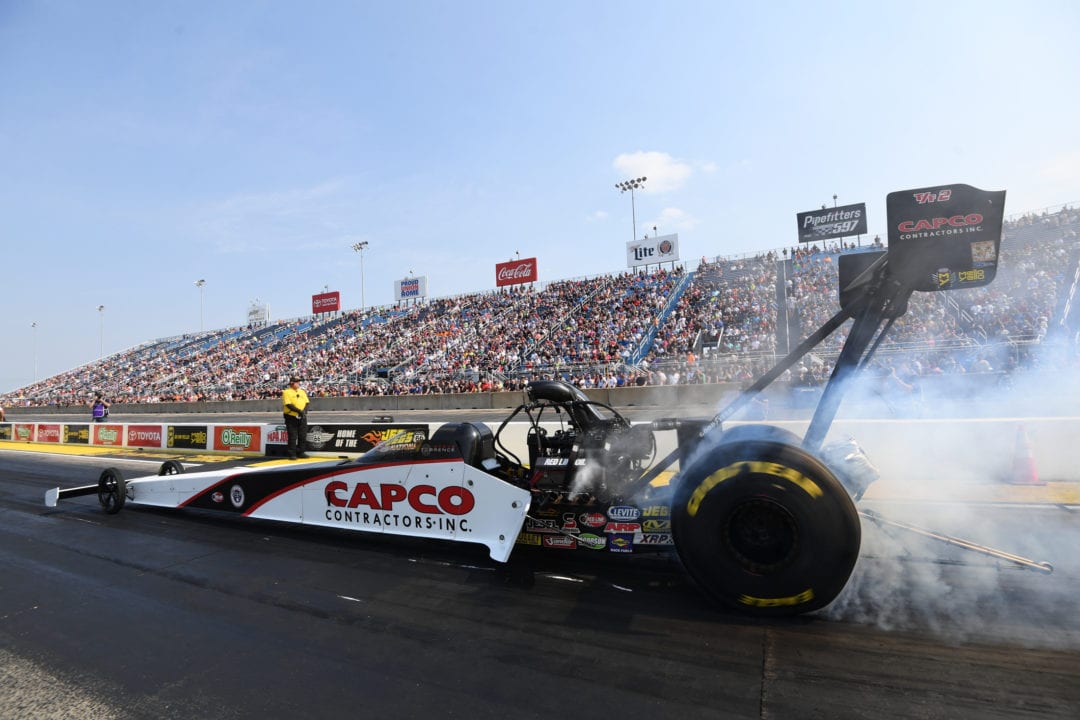 The NHRA hasn’t released its official 2021 schedule, but we know of one place the series – or any drag racing organization, for that matter – WON’T be racing at next year: Route 66 Raceway, just outside of Chicago.

“Finally, due to the corresponding impact on the shared resources between Chicagoland Speedway and Route 66 Raceway, and the future uncertainty surrounding the COVID-19 pandemic, Route 66 Raceway will unfortunately not be hosting drag racing events in 2021,” Paddock said on the track’s website.

The track had been home to a popular stop on the NHRA Mello Yello Drag Racing Series tour, as the Route 66 Nationals celebrated its 22nd year in 2019. Route 66 Raceway was a state-of-the-art facility when it opened more than two decades ago, drawing massive crowds early on as racers and fans praised its stadium-style seating. It gave the facility a distinct and unique feel, along with an incredibly professional look.

Attendance had still been strong in recent seasons, as the local fanbase packed the fence 10-deep year after year. It had also become a popular stop for other drag racing organizations, including the NMCA and NMRA, which held its annual Super Bowl event at the facility. Add in sportsman racing and other events, and Route 66 appeared to be a viable facility for years to come. After Tuesday’s announcement, that is very much in doubt.

The rest of the statement is below, and certainly casts an uncertain future for both the speedway and drag strip. There had been considerable rumors about the health of the facility when it came to local support, especially as the area around it experienced strong growth from local businesses and residential areas.

It appeared the track had been in rough waters with the local community even before the COVID-19 pandemic, which halted all action at the facility in 2020. That will extend to a second year in 2021, with the earliest any racing could return would be 2022. Whether that happens is very much in question, as the future of both the speedway and drag strip look bleak, at best.

The track was no longer a popular race on the NASCAR side, with attendance dwindling and fans often stating a lack of excitement regarding the annual Cup Series race.

The move away from NASCAR racing at Chicagoland Speedway is one of many changes reflected in the 2021 schedule, and by no means a reflection of the support our fans have demonstrated. Rather, it is a desire and an important step for the industry to incorporate new markets and new courses into the schedule, and expand the variety of competition.

All of our fans have exhibited a tremendous amount of allegiance and patience over the past year, during which time we all have experienced significant challenges. While we share your disappointment around this news, we truly appreciate and value your commitment to the sport and to the track.

Chicagoland Speedway and Route 66 Raceway has been a central member of the Joliet / Greater Chicagoland area for 20 years, and we will continue to operate as an integral part of our community.

As far as NASCAR racing at the Chicagoland Speedway, it’s difficult at this time to speculate on what 2022 might bring. We will continue to work with NASCAR on potential future opportunities beyond 2021 and will keep you updated.”