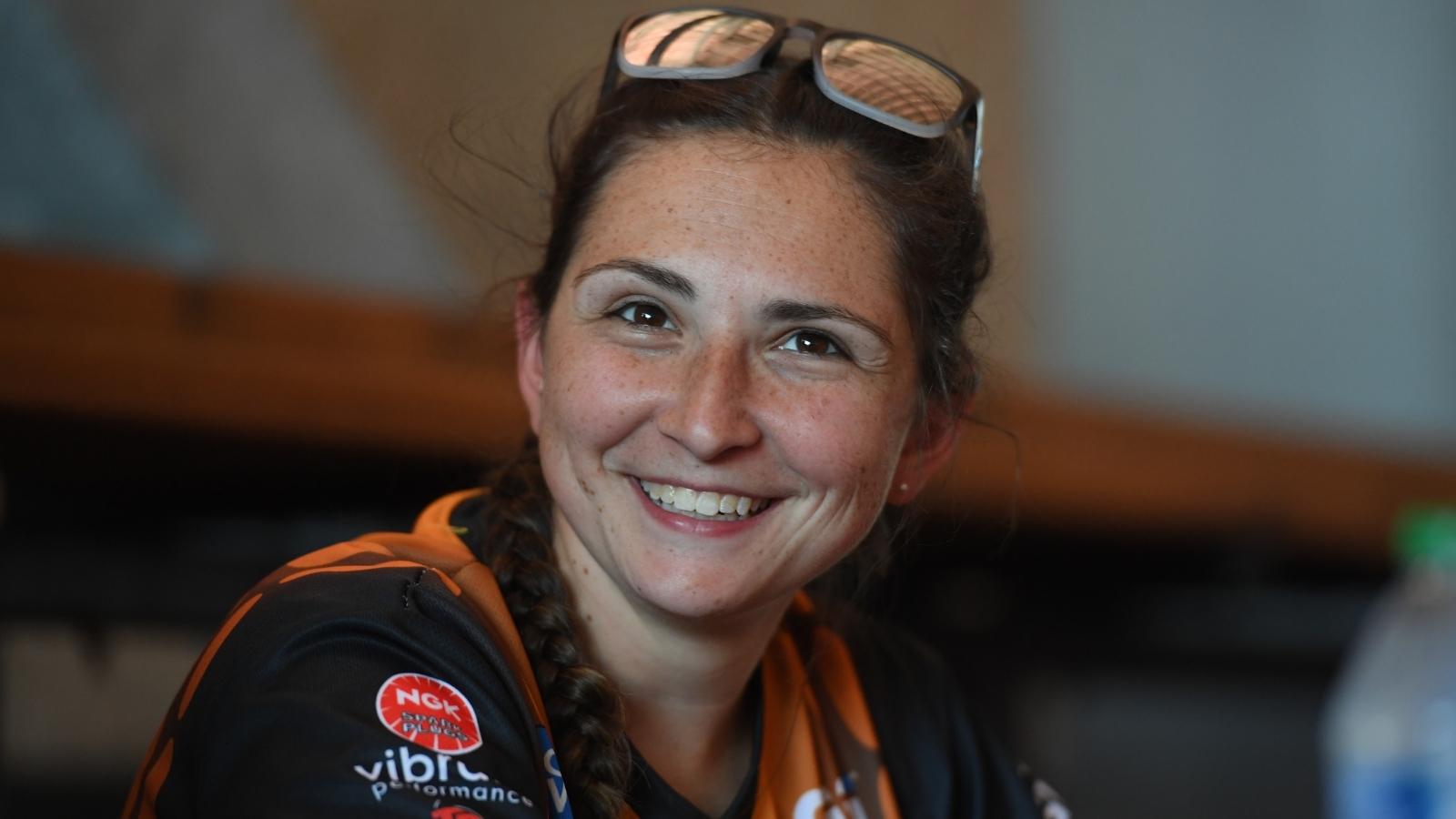 After spending the past seven and a half months traveling across the country pursuing Pro Stock wins and a chance to compete for the Camping World Drag Racing Series Pro Stock world championship rookie Camrie Caruso will race just minutes from her home in Denver, North Carolina, this weekend. Competing in the Betway NHRA Nationals, the second Countdown playoff race, Caruso will be racing a new look GESi Chevrolet Camaro powered by Titan Racing Engines. Sitting in tenth place less than 100 points out of the lead Caruso has five races left in her rookie season. The front-runner for rookie of the year has secured a No. 1 qualifier, raced to a final round, and secured a spot in the playoffs in the ultra-competitive Pro Stock category.

“I am looking forward to racing in front of my North Carolina fans,” said Caruso. “I came to the four-wide race earlier this year as a spectator, but this will be my first time racing Pro Stock at one of the nicest tracks on the tour. We are in the Countdown and we definitely want to move up in the points. This class is very tough. but we are giving it maximum effort.”

Caruso has made her mark already in the Pro Stock category establishing herself as a consistent driver off the starting line with strong power under the hood thanks to Titan Racing Engines. Caruso’s veteran crew chief Jim Yates, a former Pro Stock world champion, has been a strong guiding force in the development of Caruso this season. The duo spent considerable time before the season started working on the minute details of staging and racing in preparation for races like the final five national events in the Countdown.

“At the beginning of the season before I had even tested my goals for this season were to win races, be No. 1 qualifier, make the Countdown and win the Pro Stock championship,” said Caruso, a third generation drag racer. “Jim said my goals were too high, but I don’t think so. I feel like we can race with anyone and I am looking forward to showing what this GESi Chevrolet Camaro can do this weekend.”

Throughout the season Caruso Family Racing has been working with several marketing partners both through primary on-car branding and in the pits marketing opportunities. This weekend GESi, an industry leading emissions control technologies company that has conducted over eighteen years of research and development in creating and testing their patented and proprietary advanced emission reduction technology called Dry Selective Catalyst™ (DSC™). Today our technology can be found in many verified applications from a small gas-powered lawn mower up to a 3000HP power generation plant, in locations around the world. Their mission is to design, engineer, manufacture, sell and support emissions technologies by exceeding expectations for their partners and industry.

“GESi has been on our Camaro all season and we wanted to highlight them in the Countdown,” said Caruso. “I am hoping this weekend in Charlotte being a home race for me will be a good time to get that first win not just for GESi but also NGK/NTK Spark Plugs, PowerBuilt Tools, Sand Haulers of America, VP Racing Lubricants and all the partners that have supported us this season.”

Caruso and the GESi Chevrolet Camaro will have three qualifying runs to earn a spot in the 16-car qualified field. This season Caruso has made every field and raced to at least the quarterfinals seven times. Final eliminations will begin on Sunday at noon ET for all the Camping World Drag Racing Series categories. The race will be broadcast on FS1 from 3 p.m. – 6 p.m. ET.