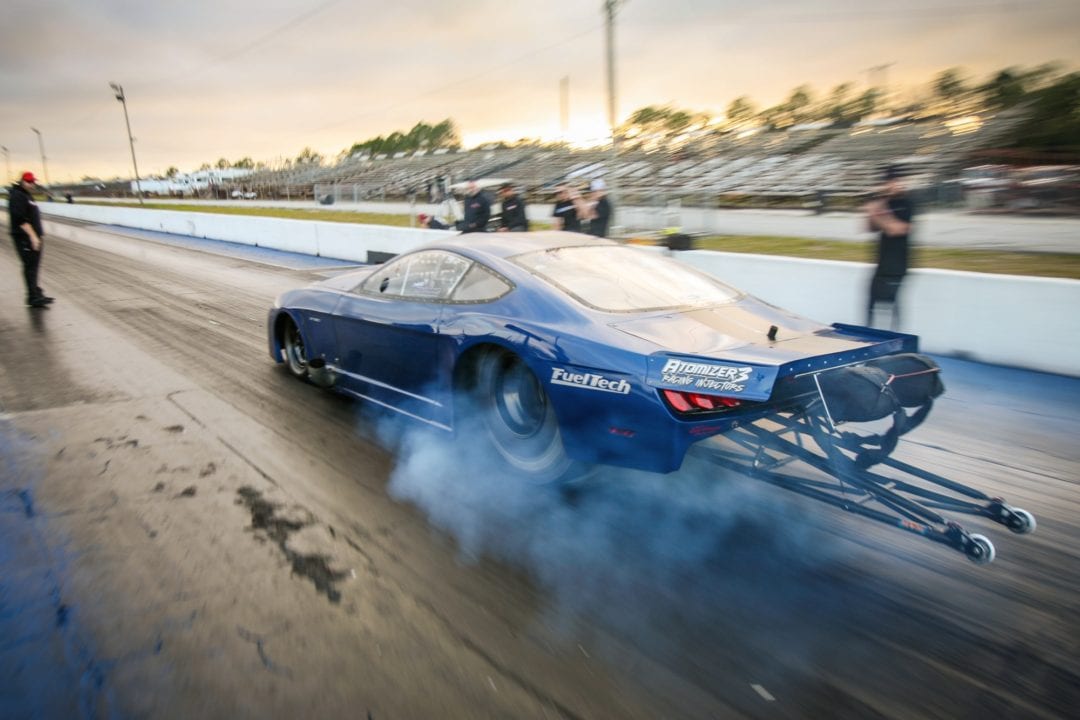 In racing, teams are constantly looking for an advantage. Racing is a constant evolution, and the changes made are usually necessary to stay on top. This evolution can, at times, lead to massive leaps in short periods of time, completely changing the direction of a team and its program. Such is the case with Ronnie Hobbs and the Texas Rattlesnake.

Over the last year, the highly recognizable yellow S-10 pick-up has emerged as an extremely fast competitor in the no prep world. The truck was purpose-built to compete with Street Outlaws – No Prep Kings, but rule changes within the show left the truck outside of what was considered legal. Not to be discouraged, Hobbs found plenty of places to race and was rewarded with truck-loads of success.

In a recent Facebook post, Hobbs announced that the team would be going in a slightly different direction. The S-10 will now be piloted by Landon Hobbs, and Ronnie would be taking the wheel behind the current Radial Vs. The World and PDRA Pro Boost record-holding 2017 GT350 Mustang Pro Mod formally owned by Daniel Pharris.

“It’s hard for me to break the news to all of you that we have decided to go with a Ford Mustang, but it is the truth. I have purchased Daniel Pharris’ 2017 [GT350] Mustang and current World Record Holder in RVW @ 3.57 and the current PDRA Pro Boost mph record holder at 218 mph.”

The move to a purpose-built Pro Mod is a drastic change from the purpose-built all-steel body S-10 we’ve come to know, but the end goal is still the same—domination. Ronnie Hobbs Motorsports commented that they have plans to focus on PDRA, MWPMS and possibly even NHRA Pro Mod for 2020. We caught up with Hobbs to get the full story on how this new dynamic within the team came to be.

Can you give us some backstory on how the acquisition of the Mustang came to happen?

We are partners with ProLine Race Engines. I had been looking for a new-style Camaro with the help of Eric Dillard. The hope was we might be able to purchase a car and put ProLine’s new ProCharger combination in. I had been talking to Eric and I wanted something that would be competitive in a variety of Pro Mod classes up to, and possibly including, NHRA Pro Mod. We were unable to find anything that would be a good building block to start with, and the only option was building a new car. We did not want to wait several months to have a new car built, and then Daniel Pharris’ 2017 Mustang came to mind. After several conversations with both Daniel and Eric, we all felt like this Larry Jeffers car would be a perfect fit and allow me to grow my driving experience and be competitive at the same time.

The truck has become an extremely distinct and recognizable vehicle in the racing world. What prompted the switch to the Mustang? 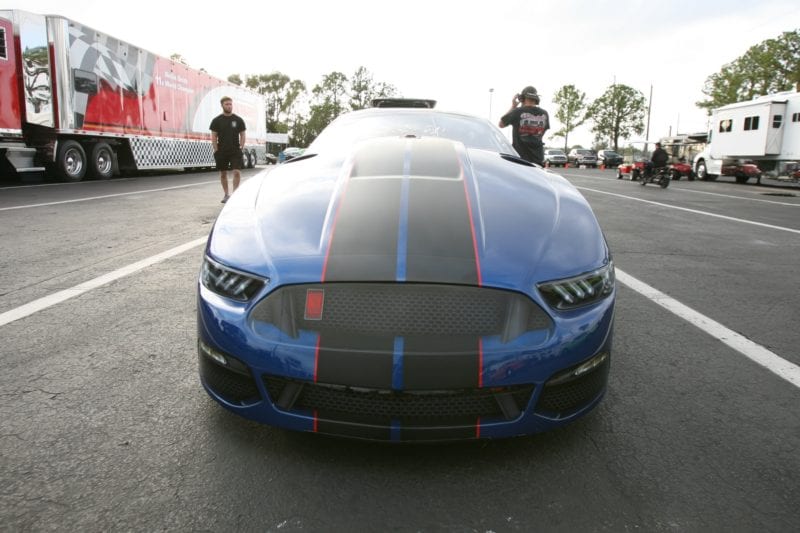 The truck was a purpose-built car to run No Prep Kings and other no-prep events. With the continuing issues in the No Prep rules that have prevented the S-10 from running No Prep Kings, and most recently Outlaw Armegeddon, I decided to turn my attention primarily to Pro Mod racing. Before I built the S-10, the previous Texas Rattlesnake was a Pro Mod car. When we were uninvited to Armegeddon, on somewhat of a whim we decided to attend the MWPMS race in St Louis at the Street Car Super Nationals. We ended up having a great time! We knew taking an all steel street-legal car to a Pro Mod race of this caliber would be an uphill battle, but we were excited to see what the S-10 would do and how everyone would receive us. The event was awesome and the response we received was overwhelming. We had mistakenly purchased the wrong lock-up converter, which unfortunately prevented us from qualifying. However, we were able to make a decent pass recording our fastest E.T. and MPH at 3.94 @ 195. At this point I decided to make a change in the direction I had been going and begin running these type of events. While I wanted to continue to build upon the S-10’s legacy, I felt like I would just be throwing money away trying to compete against Pro Mods with the newer technology and engine combinations.

Has the addition of the Mustang changed the direction or goals of Ronnie Hobbs Motorsport/Texas Rattlesnake?

The Texas Rattlesnake will continue to build upon its legacy in a variety of different events, while still competing in the No-Prep scene. The next race that is planned will be the NPK Finale at Ennis Texas on October 25-26th where I will race the S-10 in the Big Tire Event. This will most likely be my last race in it. After that I will turn the car over to my son, Landon Hobbs, who has been part of the Rattlesnake crew and been involved with the build of the S-10 since the beginning. We will slow the car down and let him begin to get comfortable in it and gain some experience as his driving skills progress. I know he is terribly excited about jumping in the middle of this and trying to make the Rattlesnake his own, but safety is always our most important concern. I just want him to be comfortable with the S-10 and know what it is trying to tell him to avoid an accident, regardless of what class he runs.

What changes will you be making to the Mustang?

The 2017 Mustang is at the famous Jeff Hoskins where it will be painted prior to us picking it up to bring it home to Texas. At that point we will set the car up in Radial vs. the World trim and prepare to test for No Mercy 10 at SGMP. Other than the paint, we don’t plan on making any material changes. I mean what would you do to the current RVW World Record Holder? lol

You’ve announced you will be debuting the car at No Mercy in October. Being that the car still holds the RVW record, do you feel extra pressure going into a marquee event with a new car that everyone will be watching?

There is always pressure and at one point I reconsidered because I really didn’t want to purchase the car due to all that it has accomplished. Certainly great big shoes to fill, and expectations to be met! With that being said, after lots of encouragement from my family and team we moved forward, but I don’t expect to have immediate success with the new car, regardless of what Daniel has done. I don’t have the driving experience that Daniel does and haven’t been that fast before, so my goal is to gain some experience with the car and enjoy what should be a great week of racing. We will continue to have the support of ProLine tuner Jamie Miller and Grant O’Rourke, who has worked with Daniel on the car. They will be instrumental in helping me, as well as the entire Hobbs Motorsports team, in getting where we need to be in order to be competitive in this new arena. We are also extremely hopeful that Daniel will be available to help us initially in person, as well. He has been really supportive of both the S-10 and the purchase of this car, and we are really looking forward to capitalizing on his knowledge and expertise.

“Pro Mods” have become accepted and welcomed in so made different style of racing (Pro Mod, Radial, No Prep…), what form of racing are you most looking forward to with the new car?

I am very excited about the debut at Radial Vs. World and revealing the new color combination we have picked out for the Mustang. After that we are looking forward to PDRA and MWPMS with an ultimate goal of someday reaching an NHRA event.