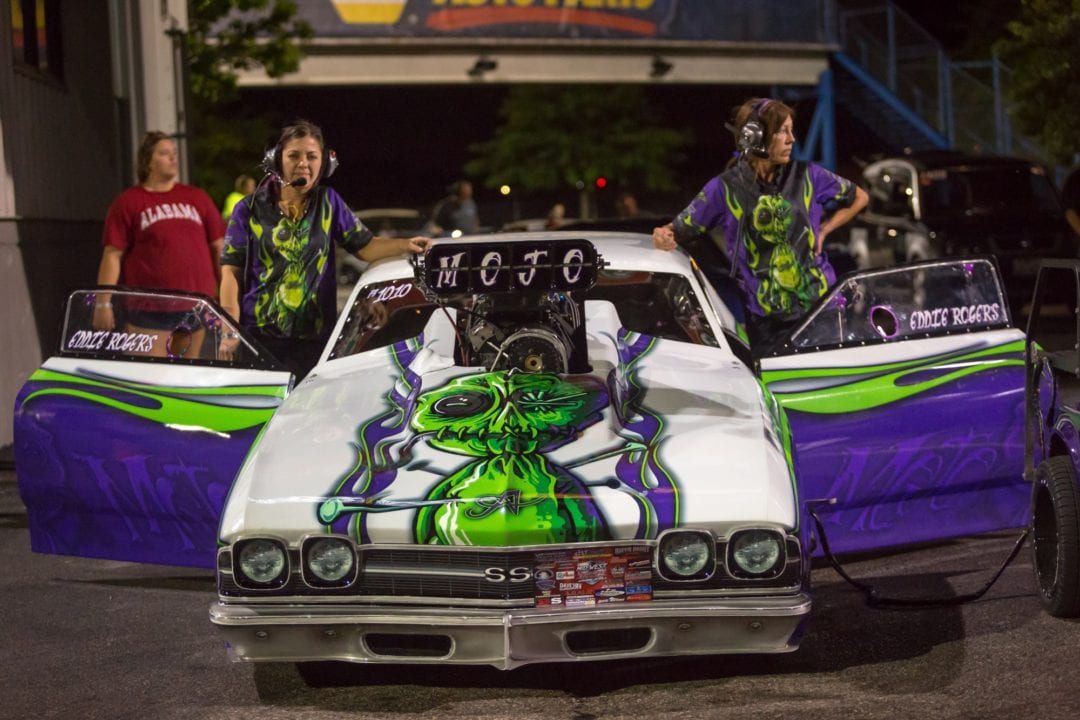 Rising from a fourth-place qualifying effort of 3.97 seconds over the eighth-mile at San Antonio Raceway this past weekend, Eddie Rogers went on to score his second Mid-West Pro Mod Series (MWPMS) victory of the season. Rogers steered his supercharged ’69 Chevelle to a winning 4.04-seconds pass in the final over the blown, late-model Corvette of Jonas Aleshire, who was disqualified for leaving a fraction of a second before the green light flashed.

“Neither one of us knew he had redlighted until we got down to the end of the track,” said Rogers, from Berryville, Arkansas. “Apparently he got loose anyway and slowed down a little bit and we didn’t make a great pass, but you just race to the conditions you’re given. It was enough to win and that’s all that really counts.”

MWPMS organizer Keith Haney also races his nitrous-boosted 2014 Camaro in the series and qualified number one with a 3.90-seconds run that stood up as quick time for the meet. Haney lost traction, however, in the semi-finals against Rogers.

“The rear tires just broke loose 280 feet out,” Haney explained. “Just like a fuel car; I had never had that happen like that before.

“It was still a good weekend, though,” he continued. “The track was good, the management and staff at the San Antonio track were great to work with, and everyone with the Mid-West Pro Mod Series had a great time there. We were a little short on cars because some were previously committed to attending another event and a couple were out of service, but contrary to some Internet rumor starters, we still paid out a full purse in cash at the track, which I know Eddie and his team very much appreciated.”

After also winning there earlier this year, Rogers now looks forward to a return to Osage Casino Tulsa Raceway Park for the 2017 MWPMS World Finals Oct. 13-14, which with 27 pre-entries is shaping up to be the biggest race in series history.

“I don’t know why, but Tulsa has always treated me well,” he said. “There’s just something about that track that my car likes, so the rest of these guys better be ready. We’re looking forward to getting back there.”