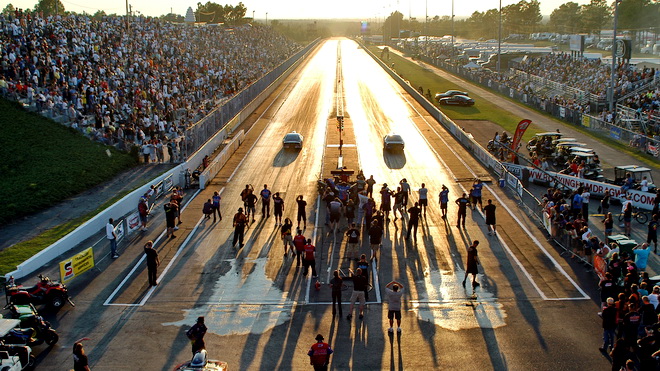 Built in 1971, Rockingham Dragway will return to NHRA’s Southeast Division, where it previously held membership from 1989-1998 and served as the longtime host of the NHRA Winston Invitational all-star race. The track will host one of the NHRA’s Southeast Division events in the 2015 NHRA Lucas Oil Drag Racing Series as well as many other NHRA-sanctioned racing programs.

“The NHRA Sportsman racers throughout the Southeast are the real winners in this announcement,” said NHRA Division Director Rich Schaefer. “They will have a chance to race at a great facility with lots of heritage. Rockingham Dragway is one of the sport’s original showplaces and continues to add to that legacy today.”

“I think it is the right thing to do for our racers and our track at this time,” said Steve Earwood, Rockingham Dragway owner. “We are anxious to get started on an exciting new chapter in our history with the world’s top drag racing sanctioning body, NHRA.”