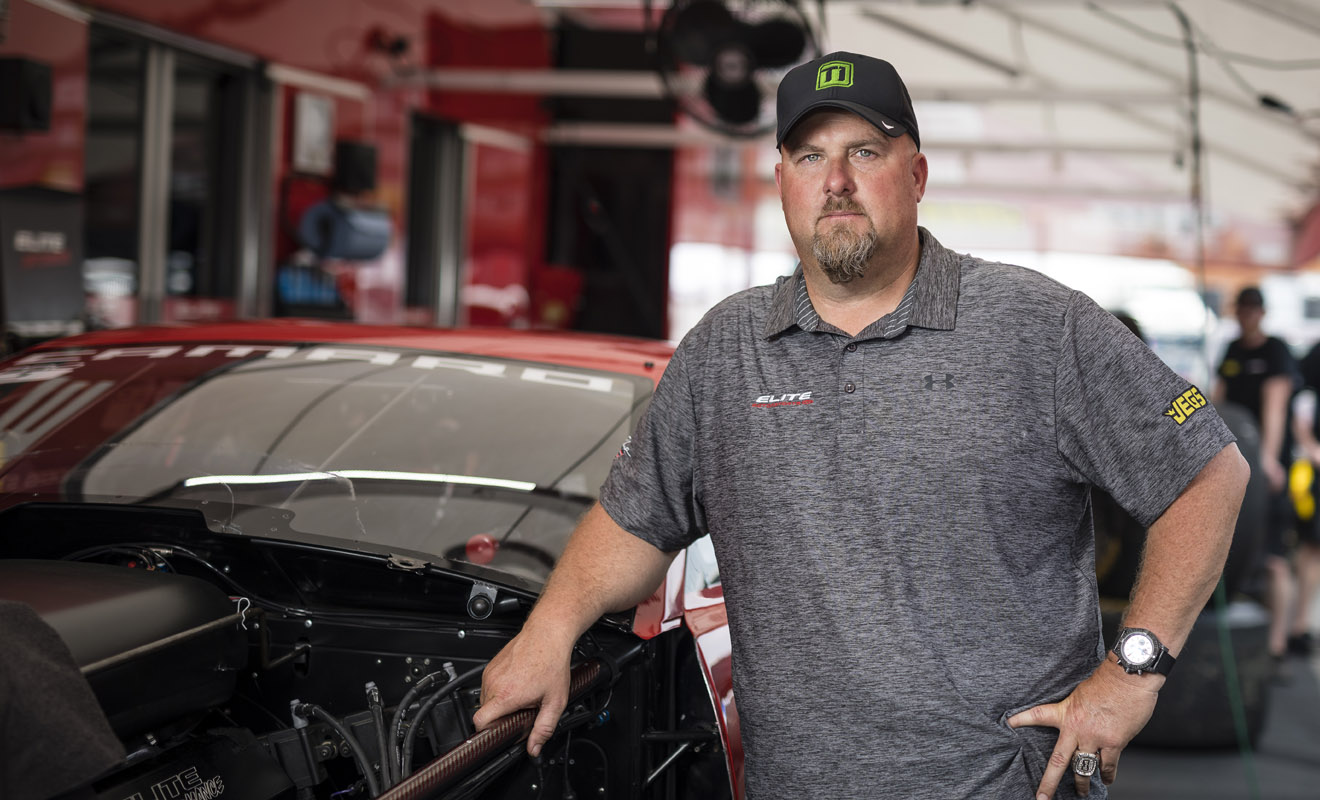 After a weekend that saw Richard Freeman’s Oklahoma-based Elite Motorsports team muster up a herculean effort in the midst of a pandemic-stricken race season to put two of their four full-time NHRA Pro Stock teams in title contention – one team leading the points – the business man and team owner finds himself at a crossroads.

According to a source close to the situation, and confirmed by conversations had by Freeman in recent days, if any of his teams were to carry their momentum forward into the newly-named NHRA Camping World Drag Racing Series final two events of 2020 in Houston and Las Vegas, respectively, and win a world championship – that effort would be worth a near-nauseating $26,000. Were one of Freeman’s teams to earn a very respectable second-place finish in what is largely known as drag racing’s most competitive and challenging professional category they could expect a check for $5,300.

“To be honest, it’s about as big of a kick in the balls as I can think of,” says Freeman, already en route to the Houston Raceway Park for this weekend’s much-delayed NHRA Spring Nationals. “Matter of fact, if we were fortunate enough to win the championship – something this whole group dedicates their lives to – it’d probably be more beneficial to just give it back to their non-profit. I’d encourage all of our competitors across all the pro categories to do the same – especially since they apparently need it so badly.”

To truly put this situation into perspective look no further than last season’s championship prize, which Elite Motorsports earned by way of Erica Ender’s historic performance behind the wheel of her team’s Melling Performance Chevy Camaro, that put $185,000 in the team’s coffers. Interestingly enough, while a far cry from the twenty-six-grand promised here in 2020, this sum had actually been reduced from the $250,000 world champion’s share that Enders and company had enjoyed twice prior. 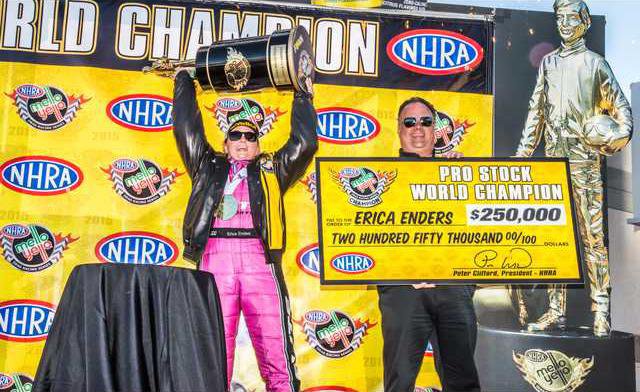 “It’s a joke at this point,” continues Freeman. “I’m not about to sit here and say any drag racing makes a ton of financial sense – that’s not really the point. There’s a big group of us out here that are willing and able to spend money – lots of it – to go drag racing and I’m aware of the things NHRA provides and does in giving us a place to race, but when you see things like this absolutely pathetic championship payout it’s hard to get excited or even feel good about continuing to do this.”

Freeman believes the issue largely lies in the National Hot Rod Association not knowing who their customer actually is.

“They don’t understand who their customer is,” Freeman begins. “They don’t get it. We the racers – from all the sportsman class racers and all of us in the pros – are their customer. We should be top priority. Without racers there is no show, there is no sport, there’s no sponsorships to sell, there’s no events to sell tickets to, there’s no fans to buy them. There’s no media interest. The racers are at the center of it all. Nothing they do – not a single thing – reflects that, especially what they’ve done with the race purse and championship payout.

“But it goes further than that,” Freeman explains. “This past weekend in Dallas, that’s basically our hometown race – it’s the track that is closest to home for my team and two of our drivers are actually from Texas – we’re running around basically beg, borrow and steal to get enough tickets to get all of our crew, as well as some of our friends, family and customers into the race. How crazy is that? It’s not that we can’t afford to buy tickets and we’ve done plenty of that in the past, but it has alway been pretty hard to swallow – and it’s even harder here in 2020 where we have to understand and support one cut after another, one good person getting fired after another, all the while they can’t even throw us a bone? We can’t get some tickets? Race for nothing…pay through the nose to do it?

“Even worse, they change things on a whim, without any notice. I didn’t even know until after the U.S. Nationals that race wasn’t for points-and-a-half like it always has been, and I only found out this week that Las Vegas would be for points-and-a-half, which it never has been. It’s crazy.” 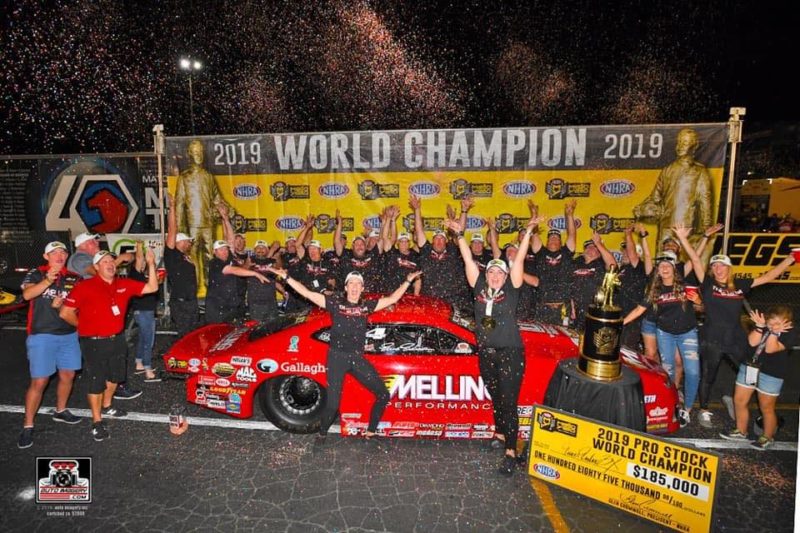 It would appear Freeman isn’t joking, either. The oft-outspoken, but painfully passionate drag racer confirmed that if race and championship payouts weren’t returned to their original amount for 2021, he’d at least have to consider pulling out of full-time NHRA competition.

“I’ve already told them, told them today – if things don’t change, we’re going to have to weigh our options and consider parking this deal. I’m not saying racing needs to become profitable overnight or anything like that, but a little give and take, a little understanding, a little communication and forward progress? I don’t think that’s too much to ask. And if it is…then I’m not sure I want to keep doing it.”

That doesn’t mean Elite Motorsports will quit drag racing, however. According to Freeman, he and his team, along with several other prominent team owners, would simply explore other options.

“We want to race – make no bones about it – but this disconnect is only growing,” concludes Freeman. “It is not getting better, it’s getting worse, and they may not believe it, but we do have options and we’re exploring them right now.”