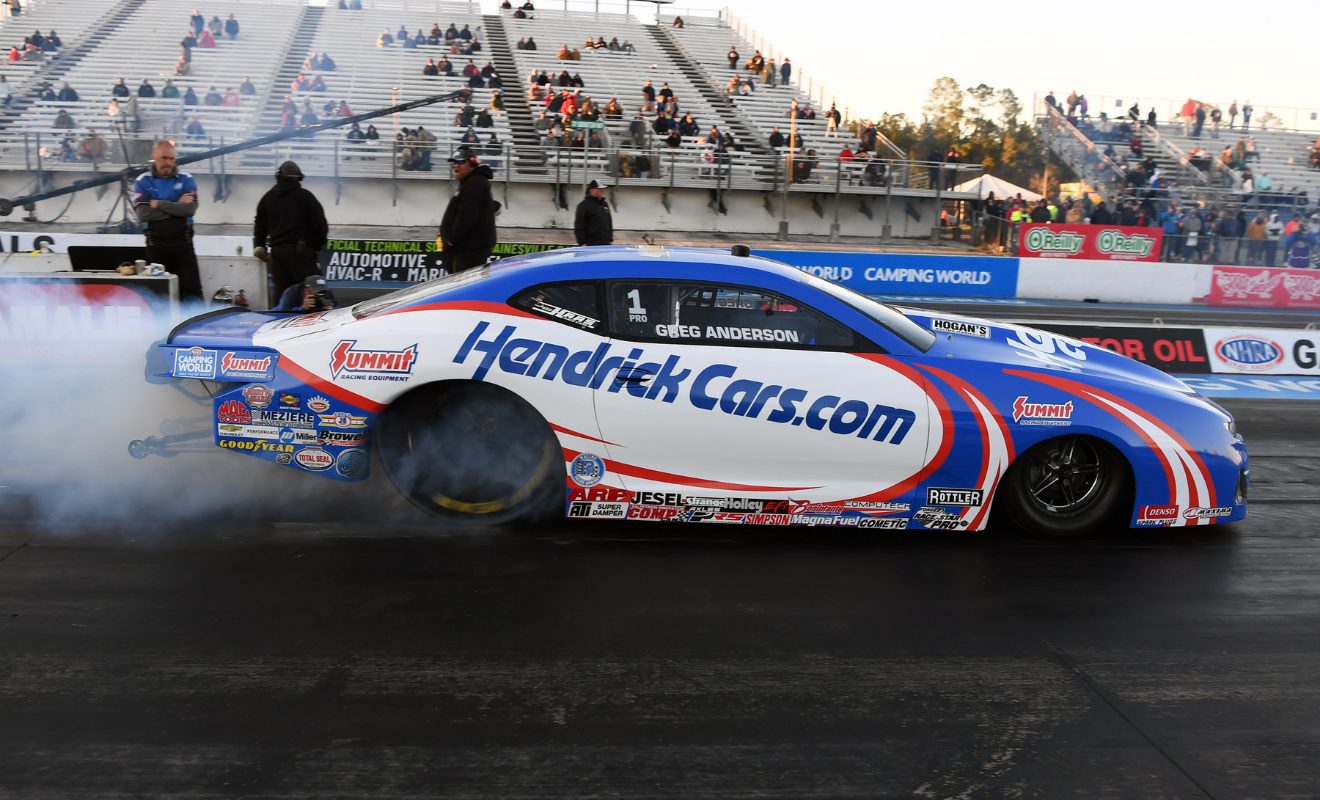 To reigning and five-time NHRA Pro Stock world champion Greg Anderson, the key to success lies in a more aggressive approach with the No. 1 HendrickCars.com Chevrolet Camaro. At the Amalie Motor Oil NHRA Gatornationals this past weekend, 99-time national event winner Anderson missed the win light by just .001-second with a car that Anderson knows is capable of much more than they’ve so far been able to show.

KB Racing flexed their horsepower in Gainesville with the 52nd all-team final in their history. Dallas Glenn took the win in his RAD Torque Systems Chevrolet Camaro over Kyle Koretsky in his Lucas Oil Chevrolet.

“I’m so proud of this team, so proud of our guys. To get another win for Ken Black makes us all happy. As for my car, the HendrickCars.com Chevrolet Camaro is fast; we just need to run it like it wants to be run,” said Anderson, after Mason McGaha got the nod in their raceday meeting by just a thousandth of a second at the finish-line stripe. “We were too conservative, and it bit us.”

Anderson, the driver who claimed a whopping 12 No. 1 qualifier awards in 17 races last season, qualified in the No. 6 position in Gainesville on a single run – the wet weather there, followed by cold air and track temperatures, shut out the remaining two sessions.

With just a single run’s worth of data and a racetrack that had been stripped bare of rubber and re-prepared after relentless sheets of rain earlier in the weekend, drivers and crew chiefs were left to guess. Be aggressive and take advantage of near-perfect conditions – thereby risking tire shake and a ruined run – or play it safe and make it down the track.

“I’m excited to get to Las Vegas in a couple of weeks for the next race,” said Anderson. “We’ll be a different team when we get there, and we’re going to be racing a whole lot more aggressive. We won’t take anybody lightly out there.”

The next event on the 2022 NHRA Camping World Drag Racing Series tour is the NHRA Four-Wide Nationals at The Strip at Las Vegas Motor Speedway, April 1-3.