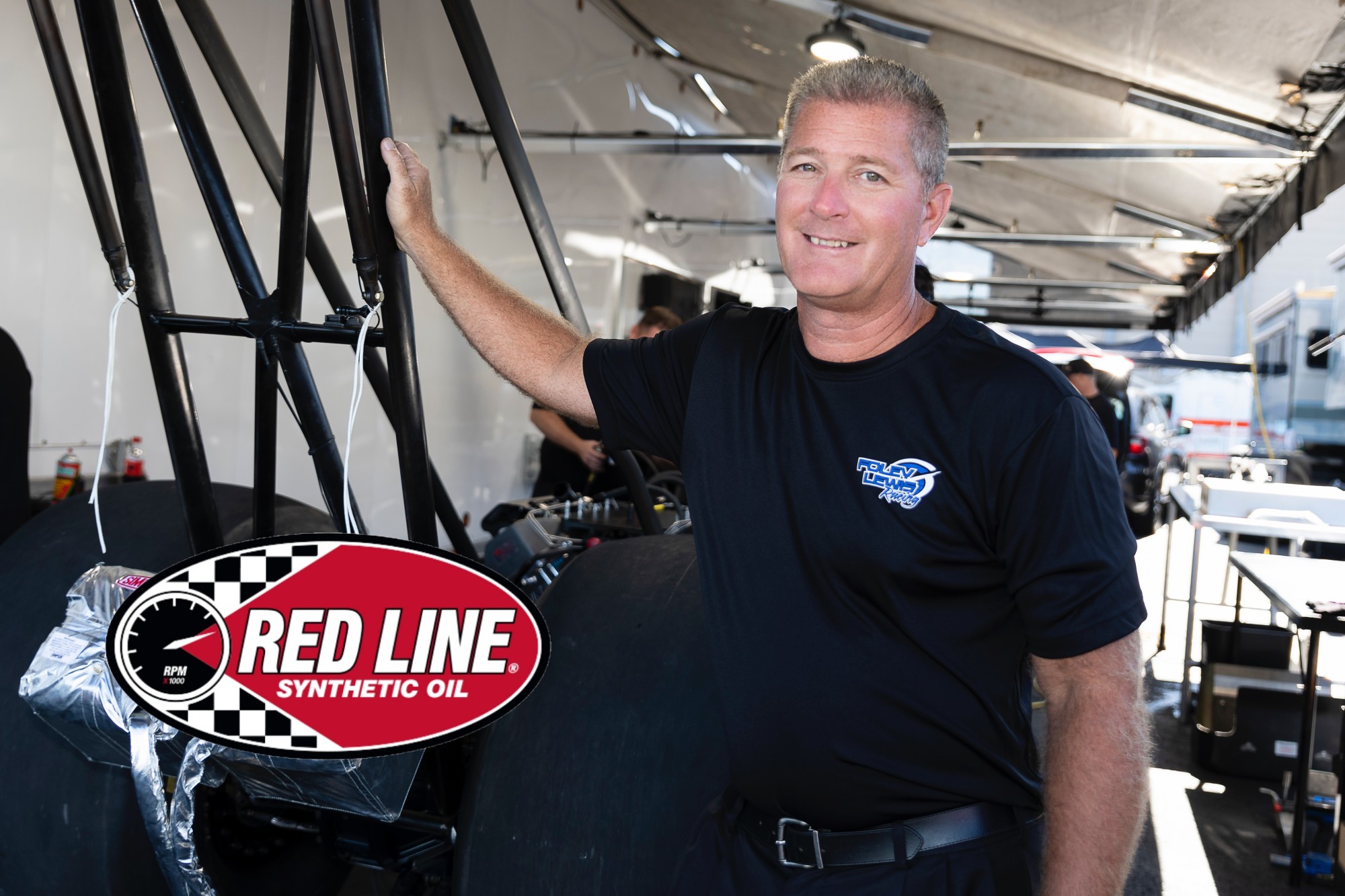 “Running Red Line Oil was a must when I decided to get back into Top Fuel racing this season,” said Foley, who returned to NHRA Top Fuel in February after a 10-year hiatus. “It’s been great to have this partnership with Red Line all year, and to now have them on board as our primary sponsor at the biggest race of the year means a lot.”

Red Line’s unmistakable branding will appear on the Foley Lewis Racing dragster alongside the team’s other major sponsor, Strutmasters.com.

“Chip Lofton and Strutmasters have been on board since day one,” Foley said. “Even through this challenging, unpredictable season we’ve had, he’s supported us and been there by our side just about every time the car went to the starting line. You couldn’t ask for more from a sponsor.”

“After being away from the scene for 10 years, it’s great to have these companies sign on to help support us,” said team co-owner Tim Lewis. “We’ve worked hard to develop these relationships this season. With what we’ve learned this year, we hope to be even more competitive next year to provide more value for our partners.”

The U.S. Nationals is the team’s fourth race in Indy since the NHRA season resumed in July. Foley improved at each race in the hot summer conditions, ultimately qualifying No. 6 out of 18 cars at the most recent event, the Dodge NHRA Indy Nationals in early August.

“This was always just a warm-up year for us,” Foley said. “A lot has changed since we were last out here racing, so our goal was to get our team situated, get our equipment situated and build a tune-up and program that puts us in a good spot going into the offseason. We have a few more weeks of racing this year, then we’ll focus on refining everything at the shop this winter so we can come out swinging in the spring.”

Foley and the Red Line Oil/Strutmasters.com Top Fuel team will get one qualifying session on Friday and two sessions on Saturday, with first round of eliminations set for 10 a.m. Sunday.