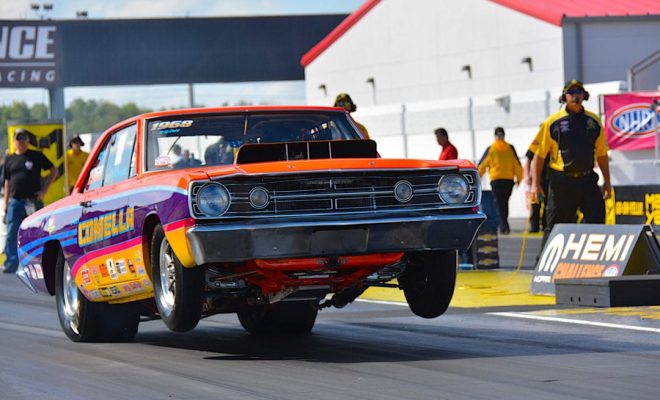 A record-tying 30 drivers hailing from 17 states will gather at Lucas Oil Raceway at Indianapolis on August 30-31 to fight it out in the NHRA Dodge HEMI® Challenge, held during the historic NHRA U.S. Nationals, August 29 – September 3. The victor’s Wally trophy will have even more of a “golden” luster this year, as 2018 also marks the 50th anniversary celebration of the Mopar-powered 1968 Dodge Dart and Plymouth Barracuda Super Stock cars that compete in the fan-favorite event. 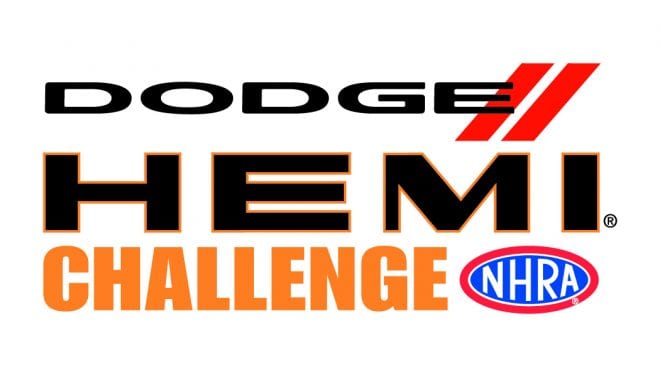 The current field of entries, matching the largest in the event’s 18-year history, will duke it out for the iconic 42.6-lb NHRA Dodge HEMI Challenge trophy, created as a callout to the 426 HEMI engine, and the $15,000 winner’s purse. Three returning Indy HEMI Challenge champions will be among those vying for the win in the first event with Dodge as title sponsor, including two-time and defending champion James Daniels in his Dodge Dart, 2015 winner and Plymouth ‘Cuda pilot Lloyd Wofford and inaugural 2001 HEMI Challenge race winner Bucky Hess.

Also joining the 22-year-old Daniels in the mix for the 2018 title will be last year’s runner-up and New Brunswick, Canada, native Wendell Howes, one of three Canadian competitors who will run at Indy. Stephen Hebert, runner-up in 2016, will lead a crew of five drivers with Louisiana roots, the largest turnout from a single state, followed by three representatives each from Pennsylvania and Ohio. The “Fish” cars will have numbers on their side: 21 Plymouth ‘Cudas will square off with nine Dodge Dart entries.

All NHRA Dodge HEMI Challenge competitors will be parked together in the Lucas Oil Raceway pit area. All drivers finishing in the top 16 will receive cash rewards. A parade of HEMI Challenge cars will take place Friday morning, August 31, before eliminations commence, with the final round to crown the 2018 champion scheduled for prime time on Friday night, just prior to NHRA Nitro qualifying.