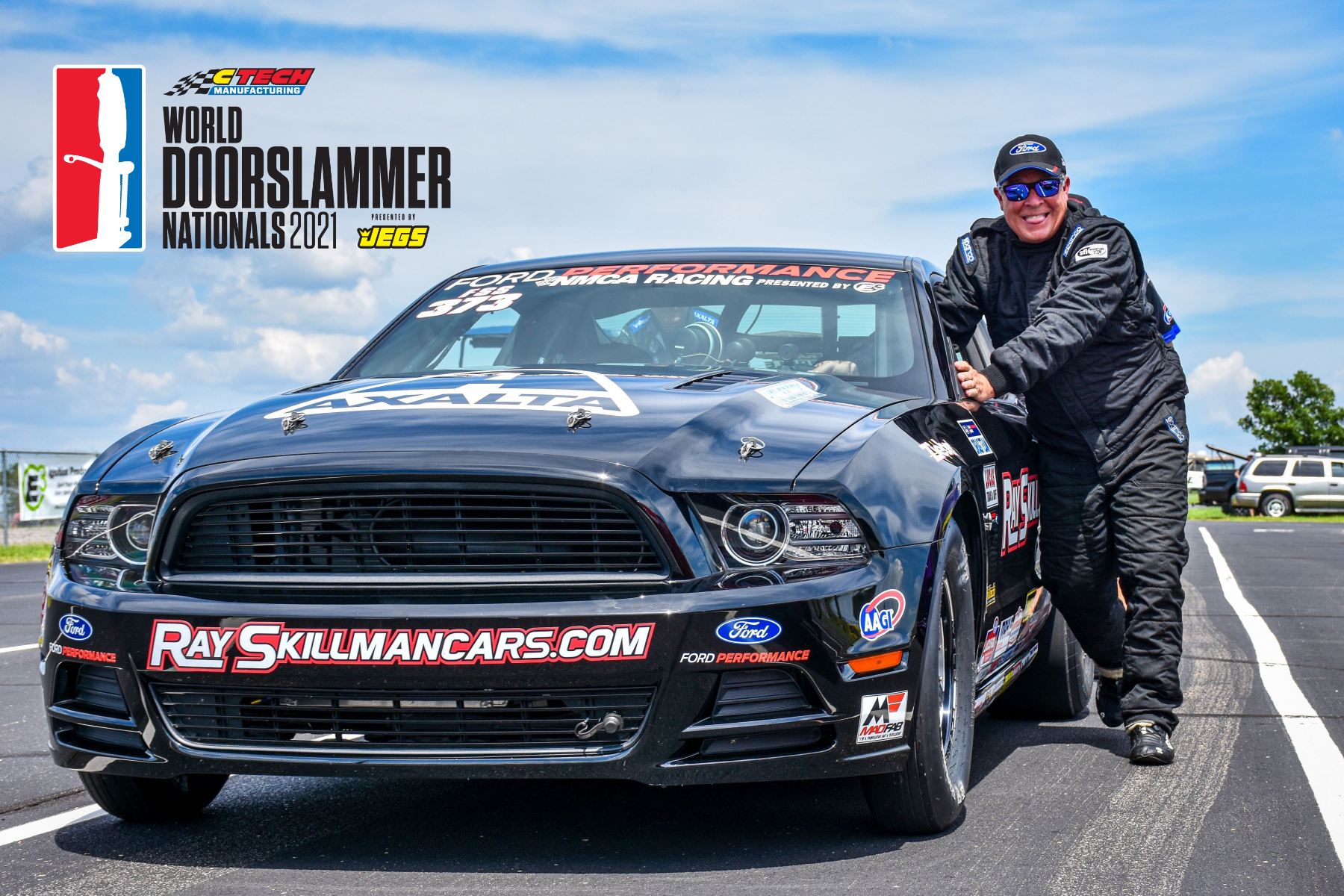 If the CTECH World Doorslammer Nationals presented by JEGS is to be known as the ultimate doorslammer event, race officials agreed the popular Factory Shootout class needed to be included.

That’s become reality for the second annual race, which takes place March 5-7 at Orlando Speed World Dragway, and Ray Skillman Auto Group has been named the official sponsor of the class at the event, with the winner earning $10,000.

The standouts in the Factory Shootout class will get a major spotlight to showcase their skills, racing in front of a huge crowd with a big payday on the line.

“It’s one of the coolest classes out there and people want to see these cars come to a big doorslammer event like this,” said Bill Skillman, owner of the Ray Skillman Auto Group and also a driver in the class. “We want to be there in Orlando and we wanted to sponsor this class because it’s just going to be an exciting weekend. These cars were made to go fast and have a good time, and we want to support the racers in this class.

“These guys live to race and we find that really cool. It’s going to be a good time.”

The Factory Shootout class adds another thrilling aspect to the CTECH World Doorslammer Nationals presented by JEGS, which features Pro Stock and Pro Mod as the headliners.

And as far as putting on a show, the class should feel right at home in Orlando.

“This is just an awesome and spectacular class in drag racing,” Drag Illustrated Founder and Editorial Director Wes Buck said. “It brings together some of that outlaw small-tire feel with the big-show feel of quarter-mile drag racing, and the support of the major auto manufacturers.

“These cars are on the ragged edge, they’re fast and doing wheelies and I couldn’t be happier to have them in Orlando. There’s certain classes that need to be featured at an event called the World Doorslammer Nationals and I think Factory Shootout is one of them. It’s had tremendous interest and support from sponsors and racers, and everybody I’ve talked to is excited about this kind of racing.”

They’ll be on center stage in Orlando with a chance at a big payout, and several top names are expected to be on hand, including Skillman, Bo Butner and many more.

The class had a two-car exhibition at the inaugural CTECH World Doorslammer Nationals presented by JEGS a year ago, putting on a memorable show in Orlando. Now, they’ll have an even bigger spotlight and Skillman expects the class to shine in March.

“It’s a very small tire with a lot of horsepower, and they go fast and lift the wheels off the ground,” Skillman said. “You see the Mopars run the Camaros and Mustangs, and it makes for a really good, fun time. I think the fans love it. They want to see guys race heads-up and go down the track, and that’s what this class gives you.”