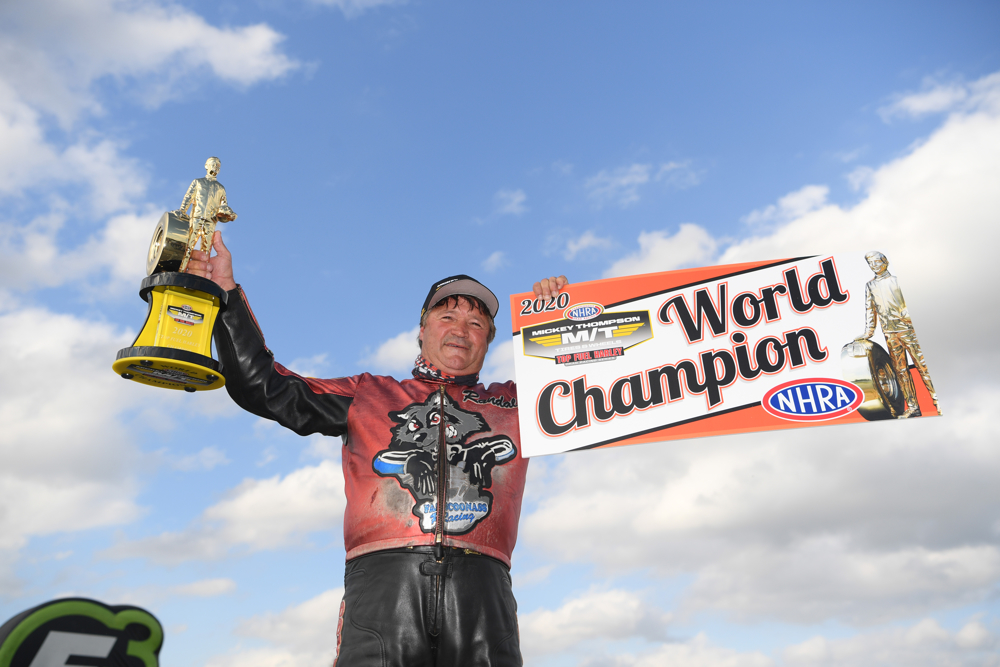 Andras and his Teche Towing/Time Energy/Rock Holdings nitro-burning Harley led the points standings since his victory at the season opener in Pomona. The only rider to beat Andras in competition all season was his teammate and team owner, Jay Turner.

Turner, the inaugural Harley series champ in 2017, defeated Andras in the semifinals of the NHRA Arizona Nationals in February, when Andras lost traction off the line. Andras joined Jay Turner Racing in 2008.

“It was time for me to grab the torch and keep running, or just burn it down,” said Andras after years of fighting for a championship. “We just kept the faith and started seeing some progress. After we won (the U.S. Nationals) last year, the ball was in our court and we kept it there.”

Andras was nearly unstoppable in 2020, winning in Pomona back in February, at the Gatornationals in September, and all three races held at Lucas Oil Raceway in Indianapolis during the revamped summer schedule.

He needed only to qualify for the FallNationals field at the final series race in Texas in October to eliminate Turner, his closest points rival, from title contention.

The championship is the fourth straight for Jay Turner Racing. After Turner won the inaugural championship in 2017, teammate Tii Tharpe won it the last two years.