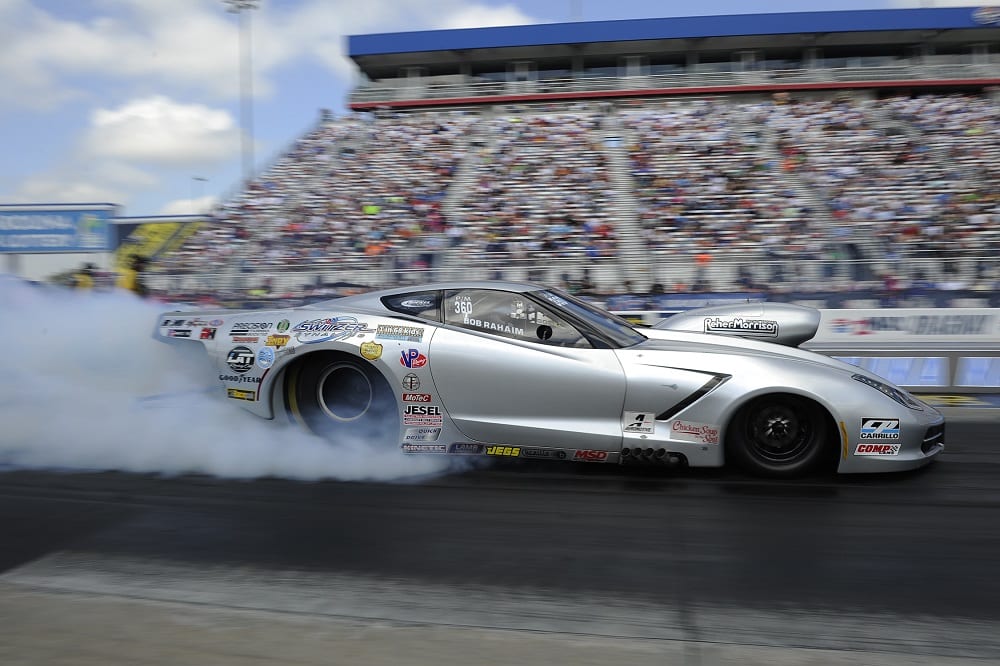 Bob Rahaim raced to his third final round and his first win of the season in the NHRA J&A Service Pro Mod Drag Racing Series portion of the NHRA Carolina Nationals. This weekend’s Pro Mod racing at zMAX Dragway in Concord, N.C. is presented by the Real Pro Mod (RPM) Association. This is the eighth of 10 Pro Mod events on the 2016 season.

Rahaim raced Mike Castellana in the final for the win with a pass of 6.349-seconds at 207.85 to the trailing run of 9.322 at 94.55. He defeated Chip King, Kevin Rivenbark, and Danny Rowe then Castellana for his first victory since Gainesville in 2015.

“I’m very thankful to be here. I’m proud of the whole team. This was our third final and – it’s just amazing,” said Rahaim. “The crew prepared the car flawlessly and we’re just going A to B. We’re not setting the world on fire. We’re gaining points; it’s about going rounds and here we are.”

With the win Rahaim moves from third into second in the NHRA J&A Service Pro Mod Drag Racing Series points behind Rickie Smith who was defeated in the second round.