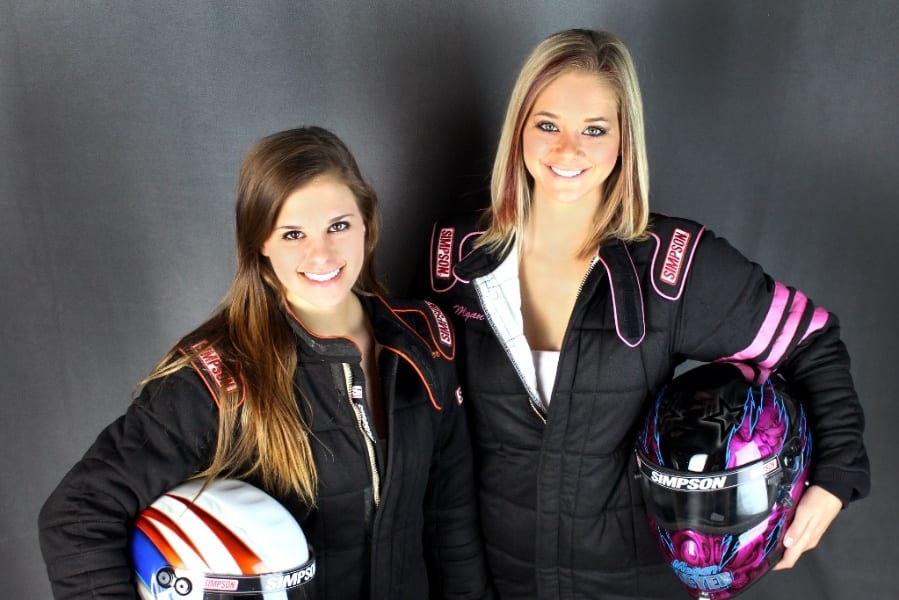 Fresh off of her college graduation ceremony over the weekend, Rachel Meyer has had her hands full this year, completing a degree in Mechanical Engineering, racing her Super Comp dragster at the local drag strip, and preparing for her NHRA National Event debut in one of the Randy Meyer Racing Team’s Top Alcohol Dragsters.

Rachel will hop into the seat of her father’s A/Fuel dragster during the 2017 Menards NHRA Heartland Nationals presented by Minties event on May 19-21 at Heartland Park Topeka. Rachel currently shares the driver’s seat with the newest member of the team, Justin Ashley, who raced the dragster in the Gainesville GatorNationals and Charlotte 4-Wide Nationals earlier this year. Justin walked away with a win and runner-up finish in his first two Top Alcohol races, and Rachel has high hopes for her debut as well.

“My feelings going into my first big event isn’t being worried about driving the car down the track or even helping my dad tune the car, but about talking to the media and all of the fans,” said Rachel. “I’m excited to race my first big event and excited to show the world what I can do. My favorite part about racing is the adrenaline rush. Whether it be racing over 270 MPH or just bracket racing and trying to cut a light as well as racing the top end, it is just amazing. It makes you want to keep racing even if your car isn’t doing the best or is inconsistent.” Rachel got her start in drag racing as a crewmember, working on her father’s dragsters, and began driving in 2004, at the age of 8, with a junior dragster. To prepare for her Top Alcohol debut, the Randy Meyer Racing Team began training Rachel in the A/Fuel dragster in 2014. After she obtained her license last year, Rachel competed in the 2016 Topeka and 2016 St. Louis Regional Events and was the number-one and number-three qualifier, respectively, earning quarter- and semi-final finishes.

“Growing up around the alcohol class was a lot of fun,” said Rachel. “I remember makes houses out of the FRAM boxes, driving off of the trailer ramp in our scooters, and hanging out with friends and family at the track. Not to mention at the age of 9 attempting to work on the car, but I ended up burning my leg badly on the headers pipes while trying to take out the spark plugs right after we started it.

“My racing goals used to be to tune a Top Fuel Dragster… but then I realized I don’t have enough time to learn everything about blown cars, so I changed my dreams and goals to tuning and driving a Top Alcohol Dragster. I hope to be as smart as my dad one day,” Rachel mentioned.

Rachel’s toughest competition on the track, and in the pits, may be her older sister, Megan Meyer, who is in her sophomore season of Top Alcohol Dragster Racing. Megan was the number-one qualifier at the Topeka National race last year and earned a runner-up finish. She rounded out the year with a 4th place points finish in the National ranks, and a 2nd place points finish in the Regional ranks. Megan has already competed in five races this year and has two event wins on her resume.

“I am very excited to get to race against my sister next weekend,” said Megan. “She did a great job of driving last year and is a natural at it. We are extremely competitive with each other, so it will be fun to see who comes out on top at Topeka.”