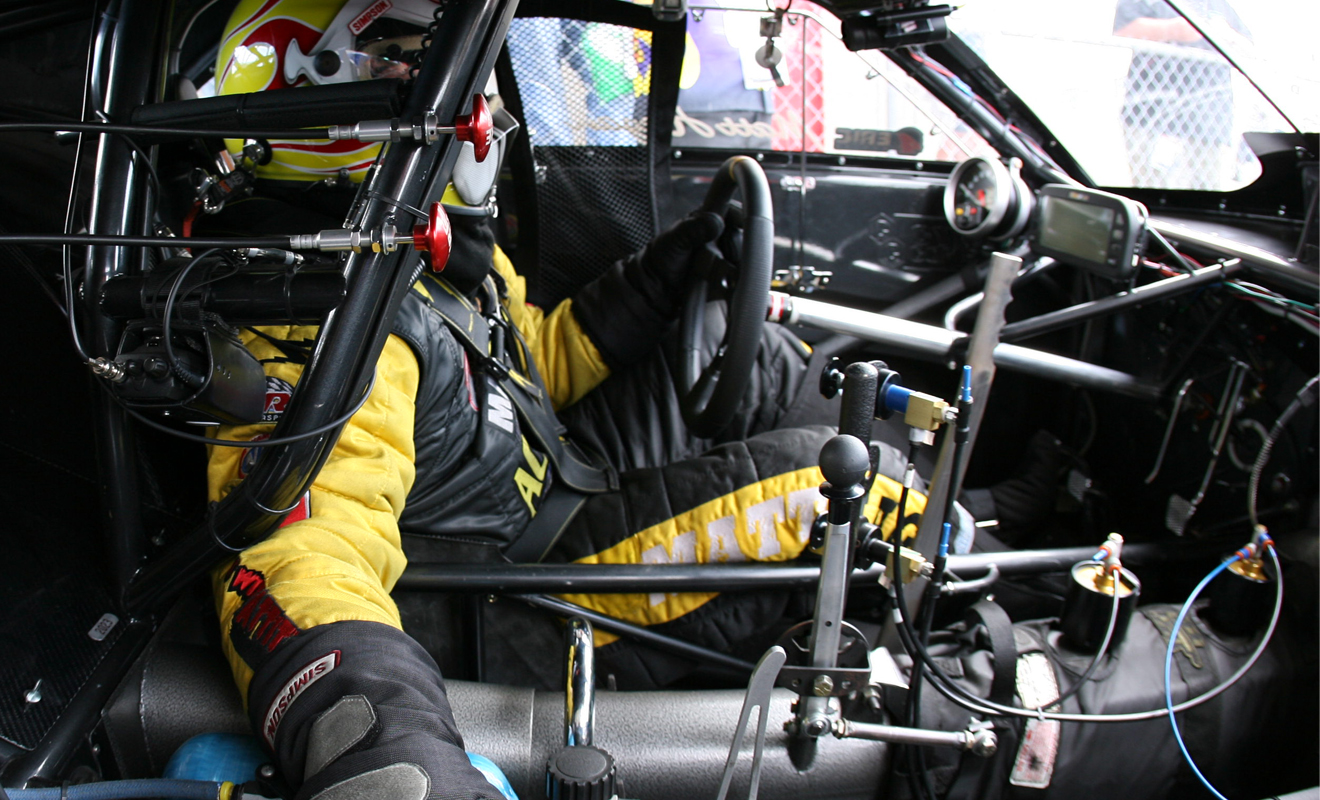 Some major NHRA Pro Mod news made waves to end the week, with a rule change that had many people in the class talking.

Most saw the switch to manual shifting as a surprise move, and it definitely sent shockwaves through the class. On social media, many were outspoken and plenty within the industry shared their opinions, with a large contingent in favor of the move to manual shifting and eliminating automatic shifting.

The consensus was NHRA made the move as an added safety measure, meaning the cars won’t automatically shift when a run gets into trouble. But the move comes at an interesting time following smaller fields to close out 2020.

Whether that was chiefly a COVID-19 effect remains to be seen, and it will be interesting to see what effect this rule change has as well.

Drag Illustrated talked to a handful of drivers and crew chiefs, who each expressed varying opinions on the matter. Most agreed that it was a good move and puts a greater focus on the driver, adding another unique element to the fan-favorite class.

“I’m surprised, but I’m happy to see it as an old-school guy,” Winters said. “I had to read it twice to make sure I read it right, but I’m a big proponent of getting rid of auto-shifters. It puts a little more of the driver into the equation. When you’re shifting, if you miss it by just a little, it can affect a lot. If you hit it early, it can kill your E.T. If it’s not soon enough, you’re going to shake the tires. But that’s how it should be.”

He mentioned the safety aspect of it, too, but also noted how it could impact eliminations. With an automatic shifter, runs are usually aborted if a driver rattles the tires. With manual shifting, that will likely change — for the better, Winters says.

He notes that some tuners may not like the move, as it takes some control out of their hands, and there will definitely be a learning curve for the inexperienced. Winters isn’t in that group and he thinks it’s best for the class.

“If you don’t hit the shift points right on the number all the time, it will affect your E.T,” Winters said. “In Pro Stock, if you miss the shift it can kill your run. In Pro Mod, you’re going to have the same thing. I think it’s great and I can’t wait. I think most old-school drivers will like this.”

Jackson has dominated the class since he arrived. He’s universally regarded as one of the top drivers in the sport, but Jackson has only used automated shifting devices in his relatively young NHRA Pro Mod career. That makes for big change, but Jackson noted the safety impact and praised the fact drivers will play a bigger role in each race.

“I am all for anything that makes these cars require more driver input. I think it will cause some upsets, which is a good thing. It can potentially save a car from crashing, which is a good thing,” Jackson said. “The driver has more influence on the outcome of the run and that’s a great thing. It’s going to be exciting to watch races that routinely are decided by a couple thousandths also be decided by another performance factor with the driver.”

Satterfield has forged a strong 10-year career in the class, but one thing he hasn’t done is drive with a manual shifter. He was stunned about the news and initially voiced his displeasure in a call with NHRA. But after a conversation, Satterfield was willing to accept the reasoning, which centered on safety.

“I called them and asked what in the world are you doing. I wanted to find out what the reasoning was, and it was all about the safety. If they’re doing for our best interest, what they deem we need, and if that’s the rule, that’s the rule and I’m going to live with it.”

Satterfield noted “it’s going to be interesting,” but he’s also confident he’ll get through it and figure it out.

“I’ll have to do a lot of different things than I ever have before. I believe in myself and Bob (Gardner) says we’ll be able to figure it out. I’m fine with it now. It’s a hard pill to swallow doing after doing something your entire life and now you have to do something different, but we’ll get it. In the end, it’s all going to make us better drivers.

“It’s their sandbox. You either adapt or you don’t play.”

It will have Satterfield working hard in the off-season, but he’s determined to become a great driver with a manual shifter. It has him motivated and one goal remains in mind for him.

“I want a world championship. That’s what we’re striving for. This year, it’s going to be an all-out assault on the championship, I assure you. I’ll figure it out.” 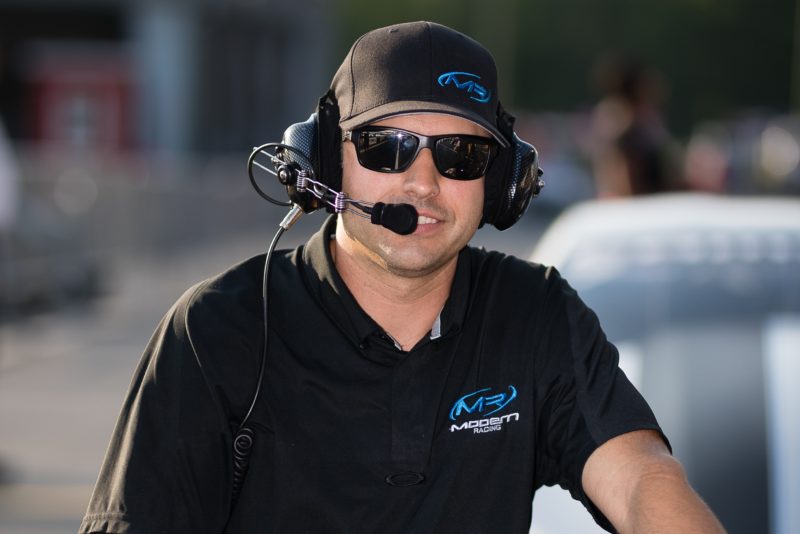 Elkes has a background in Pro Stock, where the drivers have always had to manual shift. Hitting the shift points precisely is a major aspect in the class, with wins and losses riding on a solid engine program, smart crew chiefs and great reaction times, but also on a driver’s ability to hit those shift points.

In that regard, Elkes believes it’s a good move for the class.

“I can definitely see both sides. Coming from Pro Stock, I’m not a big fan of (automated shifters). I think drivers should have to drive the race car. Honestly, with the people I’ve talked to, I think everybody is fine with it. The drivers actually get to be a part of how fast the cars run.”

Of course, it will take some learning and will definitely be an adjustment for a bulk of drivers in the class.

“Can all these guys handle that? It will be interesting to see,” Elkes said. “But now it’s the tuner and the driver, and the team. I think that rule (with automatic shifting) should have never been in effect.” 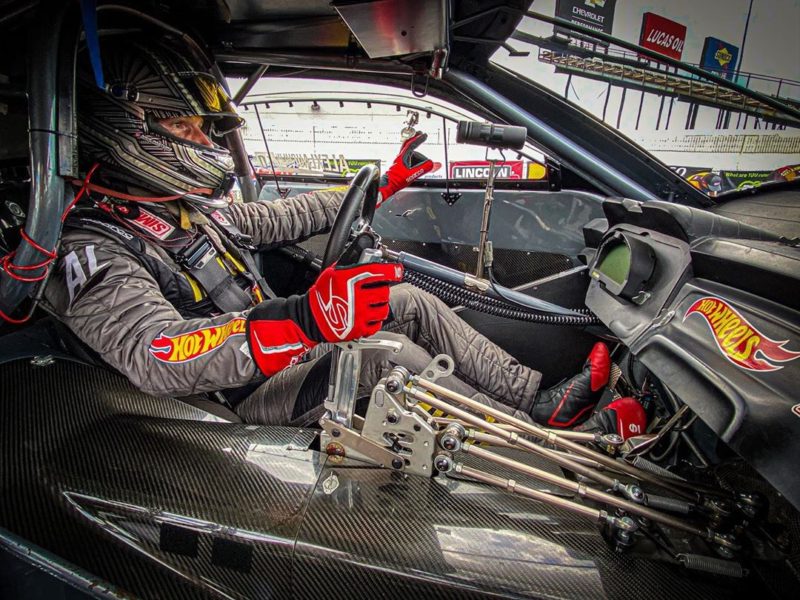 With a solid background in Pro Stock, it’s not surprising that Laughlin is a fan of the move, noting, “We’re about to separate the men from the boys in Pro Mod for 2021.”

Rule change!!! Been saying this was needed for a long time. We’re about to separate the men from the boys in Pro Mod for…

He’s been of the thinking this was needed in the class for quite some time, and he’s eager to use it in his Elite Motorsports-powered ProCharger Pro Mod in 2021.

Smith is the most successful driver in class history, with multiple championships and 16 career victories. But as a guy who built his career in a nitrous car, Smith wasn’t a fan of the move, believing it was only done to hurt the nitrous car.

“(NHRA) called me a month ago about this. I told them why you hurt a nitrous car more by doing this, and they still did it,” Smith said. “A nitrous car usually tries to shift somewhere around 1 second to 1.2 seconds, okay. That’s a major difference between 2 seconds for where a blower car shifts. Major difference. When you miss that shift with a nitrous car, you’ve either killed it because you shifted to early or knocked the tires off. And I’m talking about a couple tenths of a second.”

As such, Smith announced on Friday a move to Elite Motorsports and a new ProCharger car. It’s a sudden shift for Smith, but one he deemed necessary.

He’s fine with manual shifting — and did it throughout his successful Pro Stock career — but believed it put nitrous cars at a disadvantage.

He also disagreed with the notion of the move to manual shifting helping improve safety. Smith will undoubtedly adjust well to driving a ProCharger, but remains adamant that the move didn’t make sense for nitrous drivers and to create growth in the class.

“You’re fighting these cars sometimes with both hands. They’re mean. They don’t realize how fast these cars are and what they’re doing. I’d say 80 percent of the guys have never, ever shifted in a car,” Smith said.

“What it once was, we were running 6.20s and 6.30s. That’s a big difference to 5.70s and 5.60s. You can’t have the same car, the same transmission, the same shifters. All that stuff has changed dramatically.”