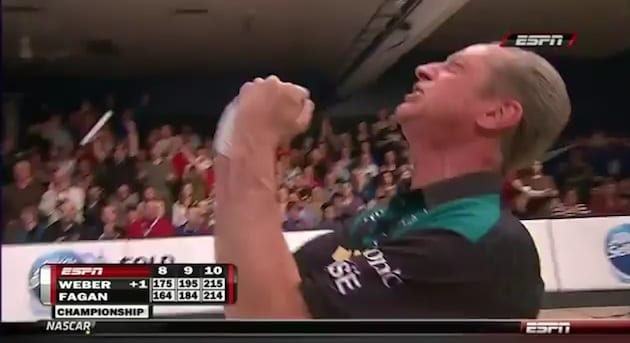 Have you ever seen a total stranger crying—maybe even celebrating—and felt a twinge of emotion come over you? Even if you’re not entirely sure what has them so upset or so excited, you can’t help but feel some sort of connection based on the emotional response they’re displaying. Well, you’re not alone. For something like a century research has been conducted to try and decipher what exactly sparks this emotional infection, and while the neurological science is fairly difficult to decipher, especially for someone as far from a doctor as I am, the gist of it is that we humans are essentially hardwired to unconsciously react and often share the emotions we see displayed in others. Matter of fact, a functionally similar trait has been observed in more than 100 non-human species ranging from pumpkinseed sunfish to birds and rodents.

In light of the news that NHRA will be taking the production of their television show in-house for 2016, it feels especially important to remind anyone willing to listen that creating some sort of emotional connection between drag racing’s biggest stars and the masses (as well as hardcore race fans) has never been more important than it is right now. While pundits clamor for “more racing, more often,” it’s blatantly obvious to me that doubling down on action isn’t a surefire recipe for success.

I’m reminded of PINKS: All Out and its subpar reception as compared to that of the original PINKS, despite showing probably 10-times more on-track action. What people loved about the original of the two shows hosted by the almost comically hated Rich Christensen was the bickering and arguing, moaning and groaning that took place during the negotiations leading up to a simple best two-out-of-three race. Make no mistake, the actual race was the payoff, but all the drama leading up to it made it worth watching; it’s what got you emotionally invested in the outcome.

Prior to sitting down to pen my letter this month, I was flipping through the channels during a rare moment of tranquility in the Buck household while my nine-month-old daughter napped. Jumping from one sports channel to another, I ultimately landed on ESPN, which happened to be showing the opening segment of a Pro Bowlers Association Tour broadcast. My wife, who God bless her for caring so much about my precious sport of drag racing, poses the question, “if this can be on ESPN while I’m awake and the sun is out, why can’t drag racing?”

Good question. I suppose the obvious answer includes simple math, and that more people care about professional bowling than professional drag racing. It took me about five seconds of Google research to find a news article dated early 2015 telling of bowling’s ESPN viewership ratings showing a sharp increase over previous years, the PBA Scorpion Championship in January drawing 923,000 viewers. For comparison purposes, NHRA’s viewership on ESPN was up for the first time in years in 2014, drawing an average of 569,000.

As the opening to the PBA World Series of Bowling continued, while I racked my brain for an answer to my wife’s question and a reason as to why I hadn’t yet changed the channel, I got my answer. Amidst the PBA’s highlight reel intro is this psychopath named Pete Weber going absolutely insane after bowling a strike and winning some kind of series championship. He throws his glasses down, starts screaming obscenities, hollers in the direction of his opponent, “Who do you think you are?” and continues, basically, going bat-shit crazy. Mark me down as a fan. If I could order a Pete Weber jersey, I think I would. “Honey, I think that is why this is on television right now.”

I don’t mean to single anyone out here, but compare Weber’s admittedly over-the-top reaction to bowling a strike (I’m not saying it’s easy, but…) and the vanilla responses we’ve gotten thus far in 2015 from our sport’s biggest stars upon victory. To be totally honest, I’m fairly certain I get more excited upon the conclusion of a successful grocery-shopping trip than Jason Line did for winning the NHRA Winternationals.

This is a drum that I beat a lot—I know—but we need the biggest names in drag racing to show us how they feel, and act like they really care about who wins and who loses if we have any interest in growing drag racing’s fan base via television. It’s no secret that the live product doesn’t really translate that well on television. You can’t smell the nitro, you can’t feel the earth shake, you can’t see the cars actually move from the starting line before you can hear them, so you had damn sure better give them something to hold onto, and the emotional response evoked by success and failure at the drag strip is that something. Believe me when I say that slow-motion replays of tire shake are not going to make a difference.

The total number of eyeballs on screens isn’t my point here, nor is it my goal to explore the inner-workings of the human mind. It’s just that this whole situation makes me wonder; is professional bowling doing a better job of using television to garner and grow interest in their sport than drag racing? The more I think about it, the more I think so.