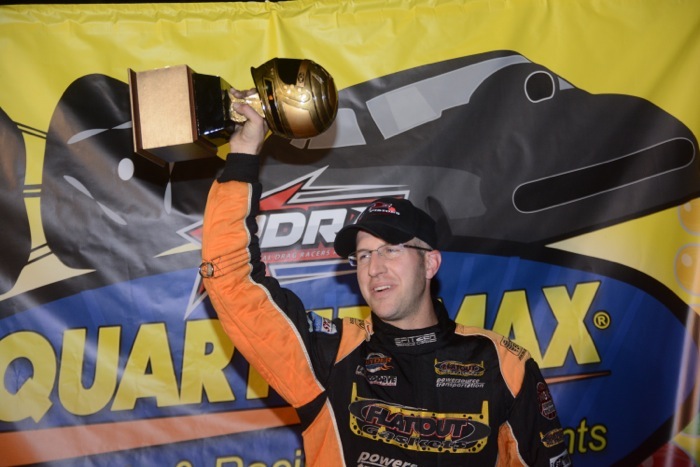 One of the best features of the PDRA, for both racers and fans, is the Motor Mania Live Feed. With every run down the track broadcast anywhere there’s an internet connection, historic wins, record breaking runs and competition rivalries are played out on phone, tablet, computer and television screens across the globe. Add to that candid driver interviews and the Live Feed delivers PDRA action like nothing else.

“Supporting the PDRA Is really important to us because of all the great racers in the series,” told Rickie Jones, Vice President of RJ Race Cars and Quarter-Max. “There are so many customers of ours that not only have our cars, but buy parts from Quarter-Max. We want to show our support to them.”

“We absolutely could not be successful without the support of companies like Quarter-Max,” stated PDRA Race Director, Bob Harris. “Rick and Rickie Jones, along with the entire company, provide a great service to our racers and stand behind the quality products they build. We appreciate their commitment to the Live Feed and to our racers.” 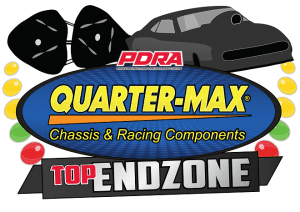 “As racers ourselves, we see all the benefits of the Live Feed,” Jones added. “It’s cool to know that all the hard work and everything you put into your program as a racer is visible to the public and the people who want to watch through the Live Feed. Friends and family can watch you race and see your accomplishments. We feel it’s really important to have that. That’s why we support the PDRA and, specifically, the Top End Zone and Starting Line Cam on the Live Feed to take this great, exciting racing that everyone has worked so hard for and put it out there for people to see who maybe can’t make it to the track that weekend.

“We race NHRA, but every time PDRA is racing we’re watching the Live Feed to see who’s going to break the next record or who’s going to win the next round. There’s some great racing going on there with quality cars and some of the best racers in the world, as far as I’m concerned, out there competing. To be able to showcase them on the Live Feed is incredible. We always want to stand behind that and be a part of it.”

Quarter-Max offers everything from hardcore chassis parts to nitrous systems. They are one of the largest stocked dealers of RacePak Data Systems and Weld Wheels in the United States. Many of the biggest names in the PDRA choose Quarter-Max and RJ Race Cars. Pro Extreme competitor Jason Scruggs just debuted an RJ Race Cars ‘69 Camaro at the recent PDRA Nationals in Tulsa, Oklahoma. Scruggs took the car to a career best elapsed time, 3.492 at over 220 MPH. Pro Nitrous competitors Pat Stoken, Jay Cox, Tim Savell, and Scott Blake all made RJ Race Cars their chassis of choice, as well as a host of sportsman competitors such as Top Sportsman frontrunners Billy Albert and Tim Lawrence.

“We have a huge inventory people need and we can get stuff sent out to them quick at a great price,” Jones emphasized. “We’re a place they can call and trust to get good parts quickly and at a great price. It’s so important to us to see this organization succeed. We’re proud to be a supporter of it.”