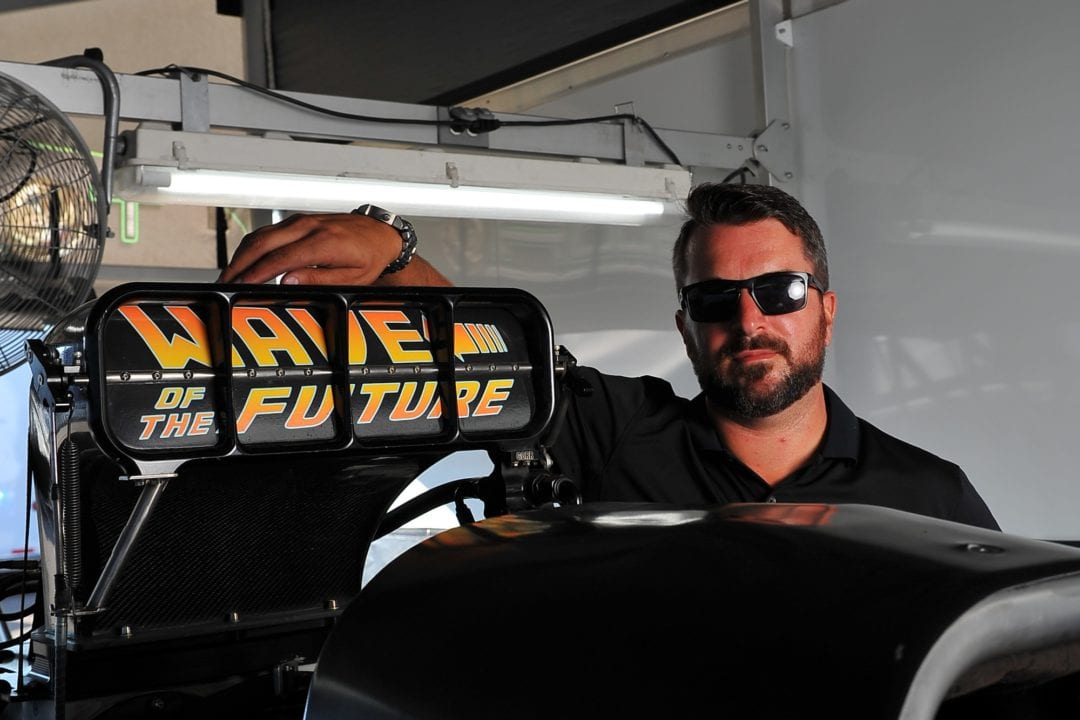 Since joining the NHRA Top Alcohol Dragster ranks in 2009, Brandon Booher and his father, Aaron, have made it their mission to win races, clinch championships and set records with a supercharged, torque-converter-equipped entry. Despite being accepted almost universally in the fast doorslammer circles, the combination is still a rarity in the NHRA Top Alcohol classes. The self-described low-budget team has faced obstacles along the way, from mechanical challenges to a wealth of critics, but Booher and his team were rewarded for their efforts when Booher Racing driver Kirk Wolf fired off the first sub-5.3-second pass for a converter car – a 5.256 at 274.66 mph – in the first round of eliminations at the NHRA U.S. Nationals.

Speaking with DRAG ILLUSTRATED from the team’s shop in Champaign, Illinois, the driver-turned-tuner revealed the story behind the record run, his thoughts on the torque converter movement and his new goals for the combination.

You missed the first three qualifying sessions at the U.S. Nationals due to a rare radio frequency issue that was killing the ignition on the starting line. How did that setback play into the 5.25 run?

Our back was up against the wall going into the prior run, the final qualifying session. You’ve got to go down, but you know you have to be fast. I didn’t know that it would run .30 with a zero, but once we did run that, I’m far enough along with what we’re doing that I knew there was meat left on the bone. It was almost like calling your shot. I told Kirk if it goes slower than .27, I’m going to be disappointed. The .25 is about what I thought it would run, but it seemed crazy to say we would run that. When you’ve never run in the twenties, a .25 isn’t a .299 – a .25 is pretty deep into the twenties. Very few blown cars have gone there in not-quite-mineshaft conditions.

How rewarding was it to see that number pop up on the scoreboard?

That run is something we’ve been working on for a very long time. With that said, it was extremely rewarding. It’s something I knew we were capable of for a long time. People said it’s because we have a bigger budget this year, but that’s really not it at all. I’m running the car the exact same way I did when I drove. We’ve literally had the same main bearings in it all year. I’ve only changed rod bearings once because it broke an oil pump. We haven’t changed a piston. We haven’t changed a cylinder head. I’m running it the same as if we were running on my budget alone or if I was tuning someone else’s car. Being able to run that quick and not hurt parts was icing on the cake.

I’d like to say we can run a teen later this year, maybe at Dallas. It’s there for the taking, I’ll just have to figure out how to do it. My approach is going to be – and it’s the same thing when I’m working with my customers – just because we make a good run, whether it’s a good run for the team or a good run no matter who you are, we need to do it more than once. A lot of guys make moon shots or Hail Mary runs, and I don’t want to be that guy who’s talking about that run 10 years later. I want to repeat, repeat, repeat, then try to fire off that teen when the opportunity arises. It’s going to be a right time, right place thing. For a supercharged car, everything has to be right to run like that, not just the tune-up.

The 280-mph barrier is also on my radar. When we went 276 mph at the Joliet regional race earlier this year, I really felt that 280 was possible. But what happened on that run was we were just slow early. I guess in layman’s terms, we had more time to build speed, whereas on the .25 run, everything was markedly quicker on the front half. Only one blower car has been 280, and that was Shawn Cowie in fantastic conditions at Woodburn. I don’t know that we’ll see that kind of air. It’s going to take Mother Nature being in my back pocket at Dallas. If we could go 5.19 at 280, I’ll sell this stuff and just quit.

Do you see this run and other recent performances in the 5.2s at over 270 mph convincing other teams to consider the automatic combination?

Honestly, you would think so. I’ve discussed at length many times our operating budget and working hours with the who’s-who of top cars, be it Top Alcohol clutch cars or supercharged Pro Mods. You get a variance of answers, everything from “I’d rather quit before I run a torque converter” to “they shouldn’t be allowed”. I don’t think this run will change that mentality. I don’t know what it would take. I suppose if I knew what it would take, I would do it so I could make some serious scratch off selling set-ups.

Look at what’s going on and what we’re able to do it with, whether it’s finances, personnel, etc. We run on a tight budget and we only have a few crew guys, sometimes as few as two, yet we’re able to run right there with the guys who have twice the crew and at least twice the budget. I don’t know how you argue against it, although most people do. We ran the .29 in Earlville and had the car serviced and loaded up 30 minutes later. Plug in the tranny cooler, run the valves and check the plugs. The stuff is almost impossible to argue against, but it’s something new, and people don’t like change. We’ll just keep grinding away and see how many other friends we can make.