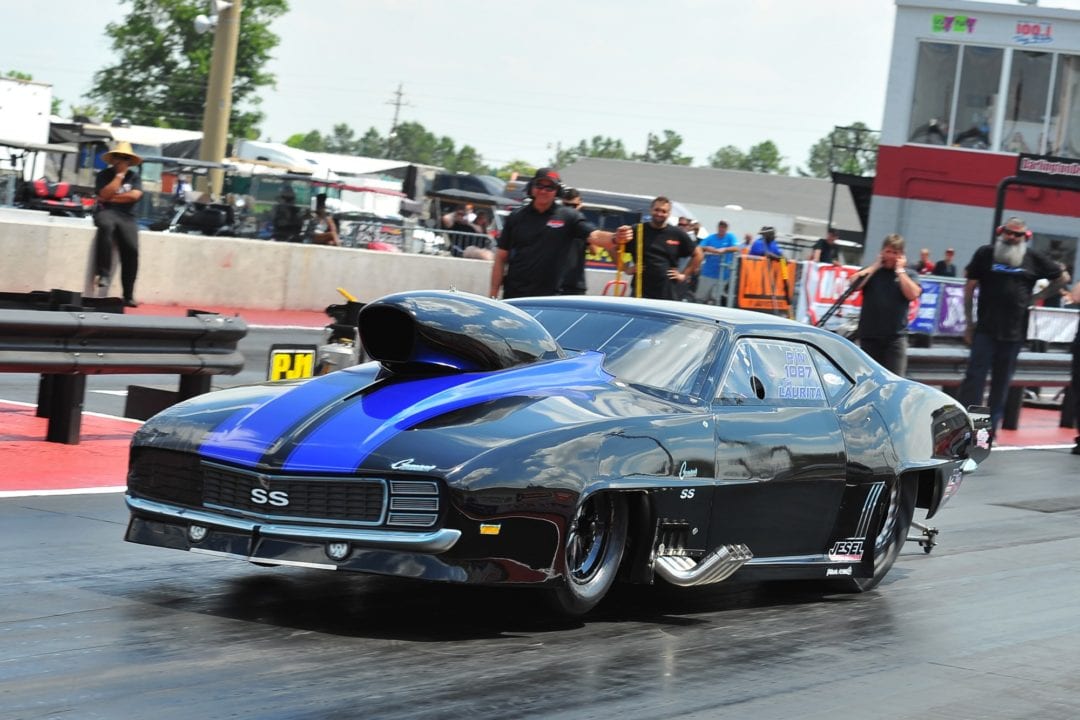 NHRA Pro Stock Motorcycle veteran Matt Smith is taking advantage of an off-weekend for the bikes on the NHRA tour this weekend. Rather than spending the weekend at home as planned, Smith is filling in for Pro Nitrous driver Jim Laurita at the PDRA Spring Nationals at Darlington Dragway.

Smith was loading up his Polaris-backed Victory motorcycle after a full day of testing at Darlington Tuesday evening when Laurita’s tuner, Brandon Switzer, who happens to be Smith’s brother-in-law, called with an offer Smith couldn’t refuse.

“Brandon goes, ‘Hey, what are you doing this weekend?’,” Smith remembers. “I told him I didn’t have anything planned, so he asked if I wanted to drive Jim’s car. He said Jim can’t make it and everything is loaded and ready to go. They had some new stuff they needed to test, so I said sure. It’s kind of a no-brainer for me. I’m just glad I could help them out.”

It’s far from the first time Smith has hopped behind the wheel of a nitrous-assisted Pro Mod. As the son of Pro Mod legend Rickie Smith, he’s had the opportunity to drive one of the family cars on numerous occasions, including as recently as a few weeks ago. The two-time NHRA Pro Stock Motorcycle world champion has also driven Laurita’s car in quarter-mile testing in the past.

“It’s pretty fun. I love the challenge of anything different. For Brandon to call me and give me the opportunity and for Jim to trust me driving his car is a privilege. I just love doing it,” Smith said.

Smith’s first pass in the car during Thursday’s pre-race testing didn’t go as smoothly as he would have liked. A sizable water leak caused the ’69 Camaro to shoot across the center line, narrowly avoiding a collision with the right-lane guard wall.

“The O-ring actually blew out of the water pump as I was pre-staging and it made a big puddle. As soon as the rear tire hit it, it started spinning and the left tire was still driving. It immediately turned me right. Luckily, I locked it up and turned the wheel left and kept it off the wall. No harm, no damage done, really. It scraped the front end just a touch on the center guardrail as it went by. Other than that, we came back later that evening, made a full pass, a 3.76. Pretty happy with everything overall,” Smith added calmly.

Smith could have chalked it up to reflexes developed from his door car driving experience or from years of watching his father race, but he was quick to pass off credit for saving the car from suffering serious damage.

“Probably a lot of it was luck, but I didn’t panic. I locked the brakes up and I saw that if I’d kept the brakes locked up, it probably would’ve nosed it into the wall. I had the wheel turned all the way left and I just let off the brakes. It shot left instead of going right into the wall. A lot of it was luck. Everybody’s got to have luck when something like that happens. I just wasn’t expecting that, like everybody else. It was a good initiation to get in the car for the first pass,” Smith laughed.

“I’ve gotta thank Brandon, Melissa (Switzer), Rod (Pickett), Kevin (Pickett) and Jim for giving me this opportunity. They’re the ones who make this happen. I just get the privilege of driving it,” Smith said.