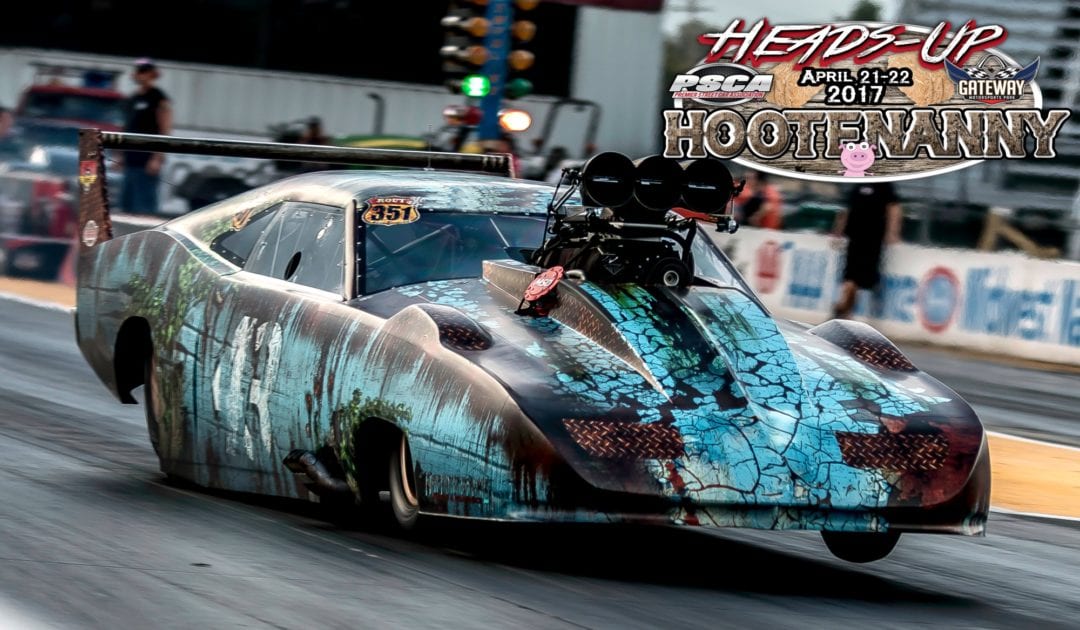 The weekend kicks off Thursday with an optional eight-hour test and tune 10 a.m.-6 p.m. Gates open Friday at 7 a.m. local time with tech inspection scheduled to start at 9. Test and tune starts at Noon with PSCA and Midwest Pro Mod Series qualifying starting at 5. Pit gates open Saturday at 6 a.m. with Jr. Dragsters opening the day’s program at 8 with time trials. For the entire schedule of events, click HERE.

“This is truly one of those events where there’s something for every drag racing fan,” said PSCA President Mel Roth. “We’ve got some of the most insane small-tire cars in the country. We have bracket racing thanks to Gateway’s amazing program. And for the fans who like it loud and fast, we’ve got Pro Mods. When you combine that schedule with one of the best racing surfaces in drag racing, it’s a race you’re going to kick yourself for if you don’t come!”

It was also announced VP Racing Fuels begins its partnership with the PSCA as the sponsor of the Limited Drag Radial class. They are also the Official Track Prep sponsor for all the pre-event test and tunes at Gateway, which includes Heads-Up Hootenanny and SCSN: Anarchy Under the Arch IV Aug. 3-5. In addition, VP Racing Fuels is posting contingency awards in every PSCA and Street Car Super Nationals category throughout 2017.

“It really tells me how good our racers are and how valuable our fans are when partners like VP Racing Fuels want to be a part of our program,” Roth said. “The folks at VP know their racing and are respected by the biggest names in this sport. We’re thrilled to have them on our team.”

For more on VP Racing Fuels, visit them online at VPRacingFuels.com and on their social media channels at Facebook.com/VPRacingFuel and on Twitter at @VP_Racing_Fuels.