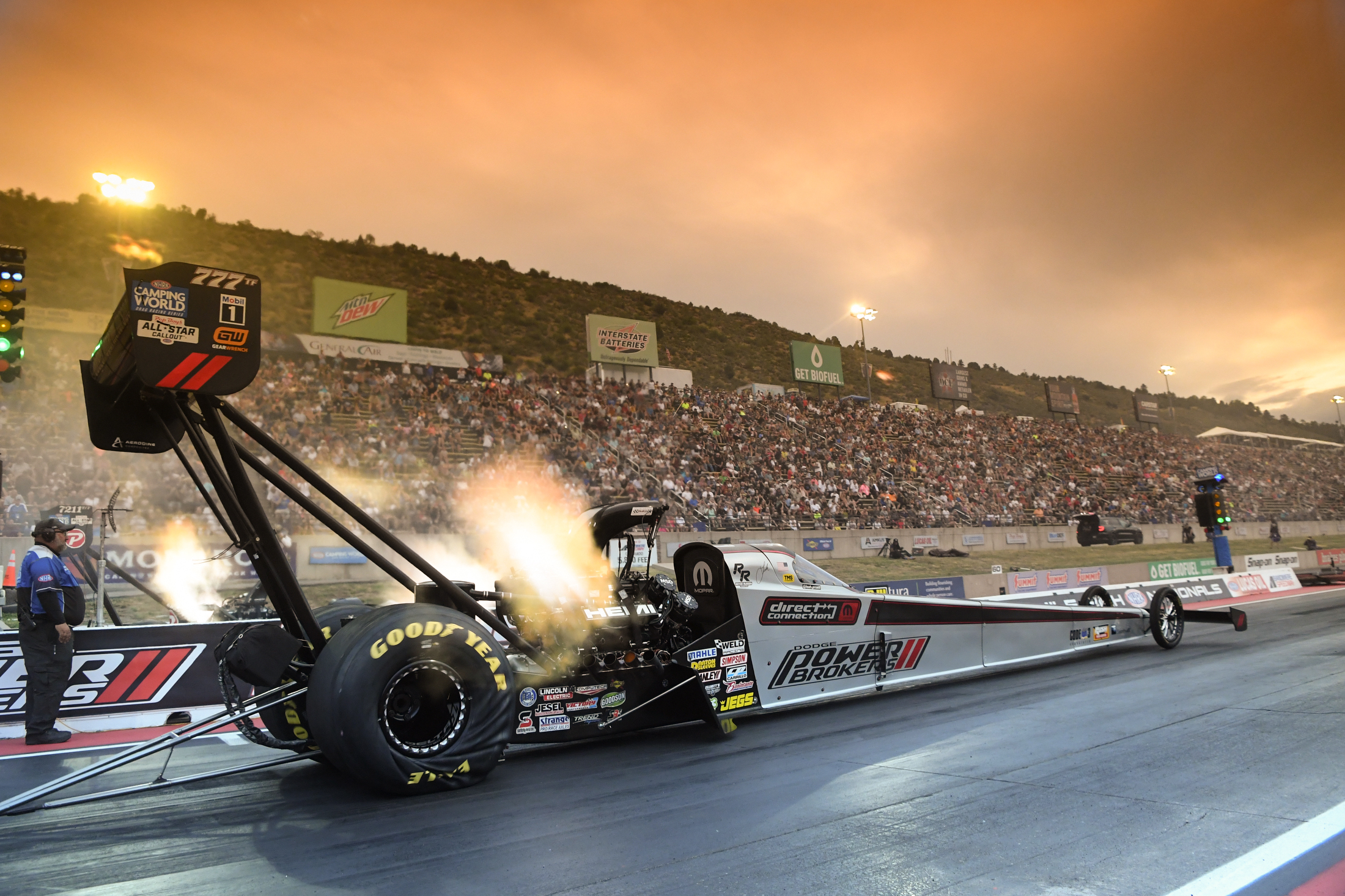 Aaron Stanfield (Pro Stock) and Matt Smith (Pro Stock Motorcycle) are also the provisional No. 1 qualifiers at the 11th of 22 races during the 2022 NHRA Camping World Drag Racing Series season. It is also the first event in the three-race NHRA Western Swing.

After struggling in her first run of the day, Top Fuel’s Pruett and her team rebounded with a run of 3.788-seconds at 326.79 mph in her 11,000-horsepower Dodge Power Brokers dragster. If it holds up, Pruett would earn her first No. 1 qualifier of the season, while the first-year TSR team of Pruett and Hagan look to qualify No. 1 together for the first time as well. Pruett, who has one Denver win, was also thrilled with the work her team put in on Friday that led to the strong pass.

“This is extremely cool. I mean, you always believe it can happen,” Pruett said. “Matt and I said it all week. You have to be positive, and we talk about simultaneously parking our cars in winner’s circle and then we came out in Q1 and that was a gut punch. We were not trying to go No. 1. We were trying to establish a baseline. (But) for us both to hold on to our No. 1 is a cool feeling, especially at our Dodge race. I’m so incredibly happy right now.” 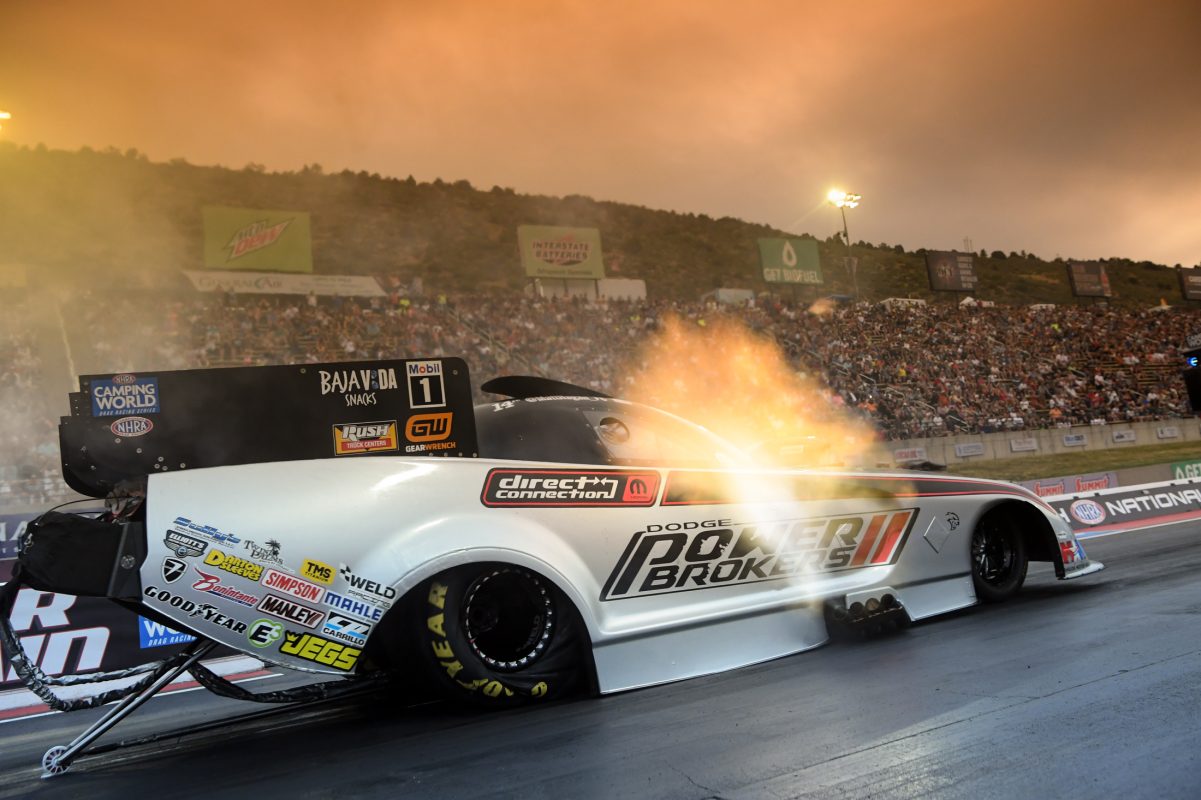 Hagan went 3.927-seconds at 319.07 mph in his 11,000-horsepower Dodge Power Brokers Dodge Charger SRT Hellcat to close out qualifying in a thrilling side-by-side session with Robert Hight, putting the three-time world champ in line for fourth No. 1 qualifier of 2022 and 47th in his career. Hagan, who is currently second in points, won in Denver for the first time in his career last year, and he’s off to a great start at his sponsor’s race as he looks to jump back into the points lead.

“This mountain air is hard on these motors,” Hagan said. “It takes me a while to get acclimated to this place. With the race car, we have to stay ahead of it. We have a good combination from last year and we just brought it off the shelf and made two strong runs in a row. We didn’t just come out and back into it into for one run. For everything we’ve done this year with TSR, I had a good feeling coming into this deal. I don’t know about weather for tomorrow, but if conditions are the same, we could go better. Nothing is said and done until tomorrow.” 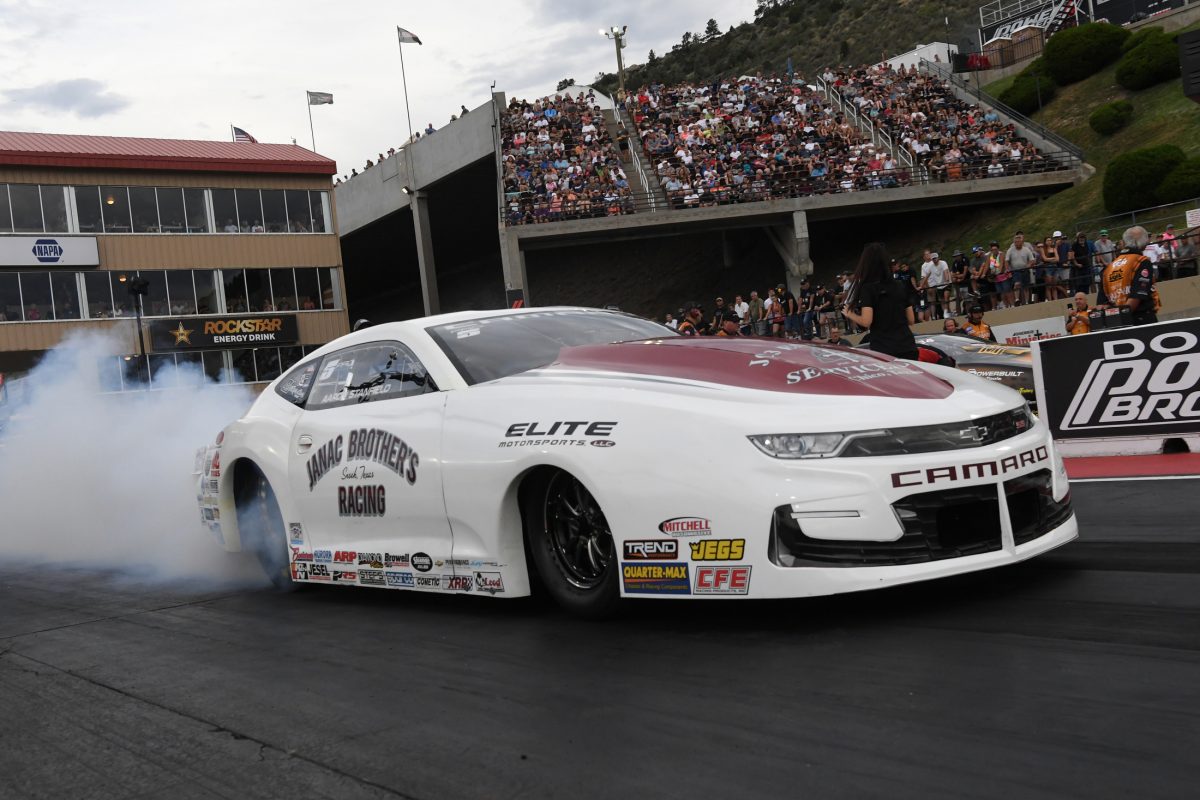 Stanfield made a strong first impression in his Pro Stock debut on Thunder Mountain, making the quickest run in each of the two qualifying sessions, including an impressive pass of 6.946 at 196.73 in his Janac Brothers Chevrolet Camaro to close out the day. Stanfield is after his fourth No. 1 spot of the season and his third victory during a great 2022 campaign. Despite the challenges that await for every driver at Bandimere Speedway, Stanfield looked strong on Friday in his first race at Denver.

“This is definitely a confidence booster,” Stanfield said. “I know I’ve got a fast hot rod. This is the first time I’ve raced Pro Stock on the mountain and those gear changes come really quick. I can’t thank my guys enough. We’re having a ball. The first three gears come up so quickly, this is different than anywhere else we race. Thankfully, our crew chiefs have a lot of data here and that just helps all of us. Tomorrow, the goal is to clean up my shift points. They are not perfect yet. There’s always room for improvement.” 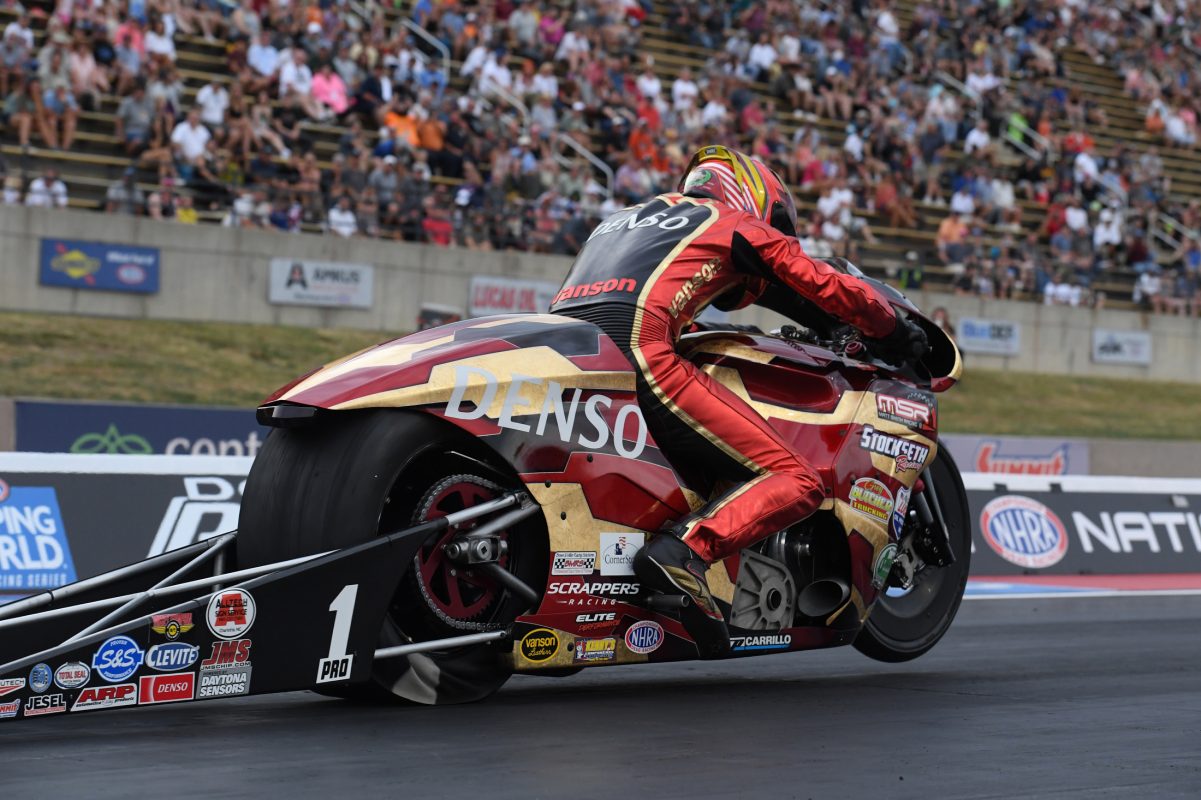 Smith, the defending world champ and event winner, made a strong statement to open qualifying on Friday in Pro Stock Motorcycle, setting the track record with his run of 7.107 at 189.31 on his Denso Auto Parts Buell. If it holds, Smith would pick up his second top spot this season and 49th in his career. The five-time world champ opted to go back to his Buell for the weekend on Thunder Mountain and after the first day of qualifying, it looks to be a strong decision for the standout.

“I guess we’ll see what Sunday brings but a lot of factors went into that decision to race a Buell,” Smith said. “I’ve never run a Suzuki up here and I didn’t want to take a chance to hurt it. I want to be able to race it next week in Sonoma if I decide to. Last year, I was No. 1 and won the race on my Buell. This is basically the same package, and this Denso Buell is hateful.”

Angelle Sampey, who won the most recent event in Norwalk, made the best run of the second session and currently sits second with a 7.171 at 186.95. Points leader Steve Johnson is right behind after going 7.180 at 183.54.