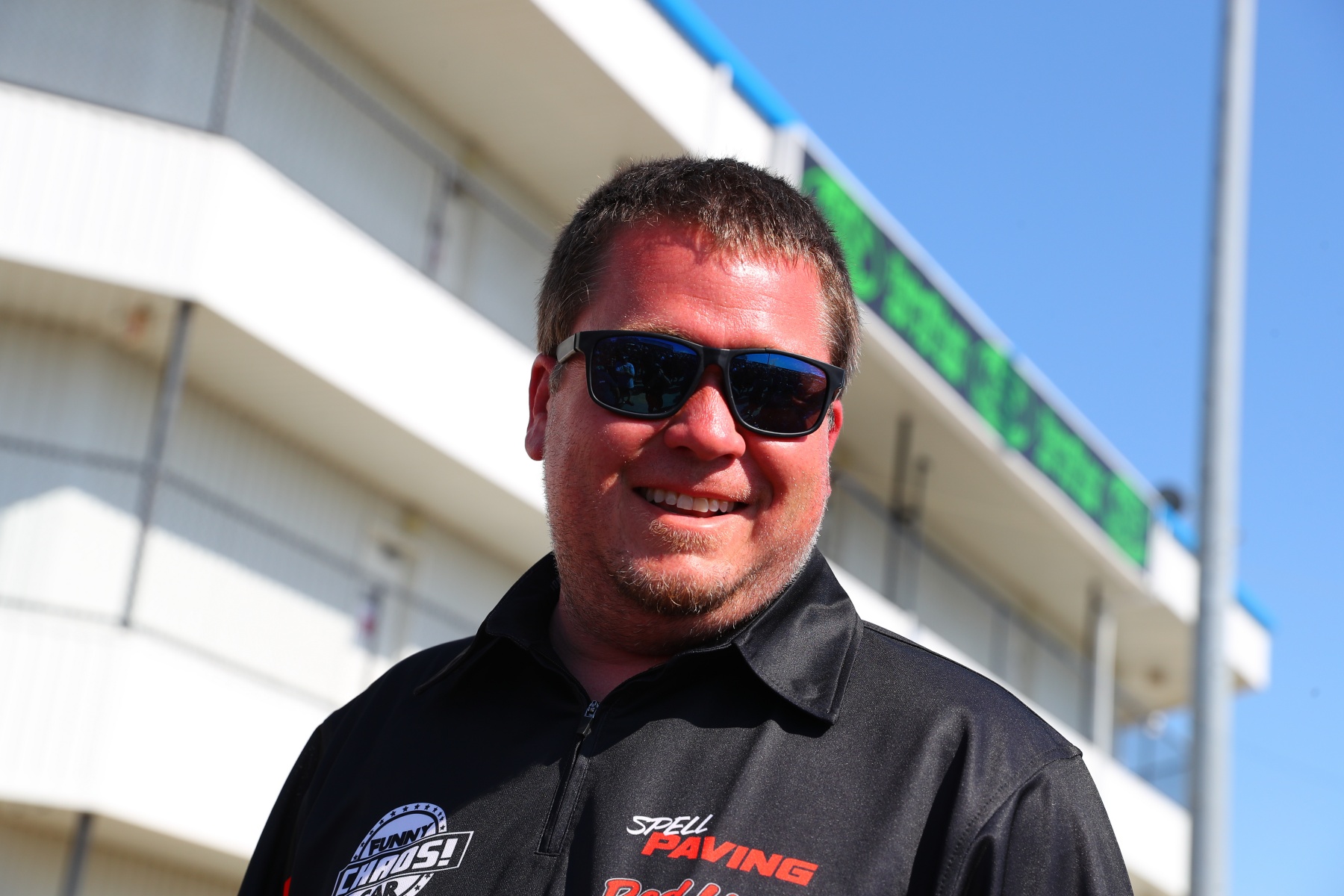 For many years, it was a forgone conclusion that the possibility of a 64-car Funny Car show died off in the 1970s. Never again would you see such a large gathering of flip-top Funny Cars in one place. But Chris Graves and his Funny Car Chaos series proved that wrong when an unbelievable 68 Funny Car entries rolled through the gates at the Texas Motorplex for the FCC season-opening “Nitro Madness” over the last weekend in March.

Using a “run what ya brung” format, the field consisted of everything from NHRA-legal nitro Funny Cars to alcohol-burning nostalgia Funny Cars and even a turbocharged Funny Car. The quickest 32 cars on the property got to race in eliminations, with eight-car A, B, C and D fields evening the playing field.

The weekend also included the quickest and fastest Fuel Altereds in the world. The Farris family brought out their “War Wagon” entry driven by Kebin Kinsley, and NHRA big-show nitro guys Richard Hartman and Tim Wilkerson made the trip with their Summit Racing Equipment-backed hot rod. Both teams attempted to break the 4-second and 300-mph barriers over the quarter mile. Hartman broke both barriers, running a 4.92 at 296.28 on Friday and a 304.53 blast on Saturday. Kinsley left with the speed record, though, one-upping Hartman by .06 with a 304.59 mph pass.

A few weeks after the record-breaking weekend, Drag Illustrated sat down with Graves to get the story behind the incredible numbers in the pits and on the scoreboards.

You’ve been building momentum with the Funny Car Chaos series for a few years now, drawing pretty solid fields at normal races. But how did that turn into over 60 Funny Cars for the season opener?

It was kind of a perfect storm – the venue, the date, and people being ready to get out and do stuff because of COVID and the offseason. The Texas Motorplex is obviously a place that can handle an event of that size and teams know they can go fast at Billy Meyer’s house. That attracted a lot of the first-time racers, I think, knowing they could come and run hard. But it was also the first race of the year and everybody’s been cooped all winter. Everybody was ready to go. I think it was just a perfect storm. When we booked the race as a normal Funny Car Chaos race, I figured we’d get 40 cars, but they just kept coming. We were adjusting on the fly weekly.

What did it take to expand the show from the normal 16-car field to a 32-car show with A, B, C and D fields?

That support was from our marketing partners like our title sponsors, Spell Paving Services, Entech Oil, and Red Line Shirt Club. But we also had fans giving us money to put in the purse. I don’t know of any other drag racing series in the world that has fans coming up and handing you hundred-dollar bills and saying, ‘I want to help on the payout.’ That made a huge difference in being able to send 32 cars home with tow money or hotel money. 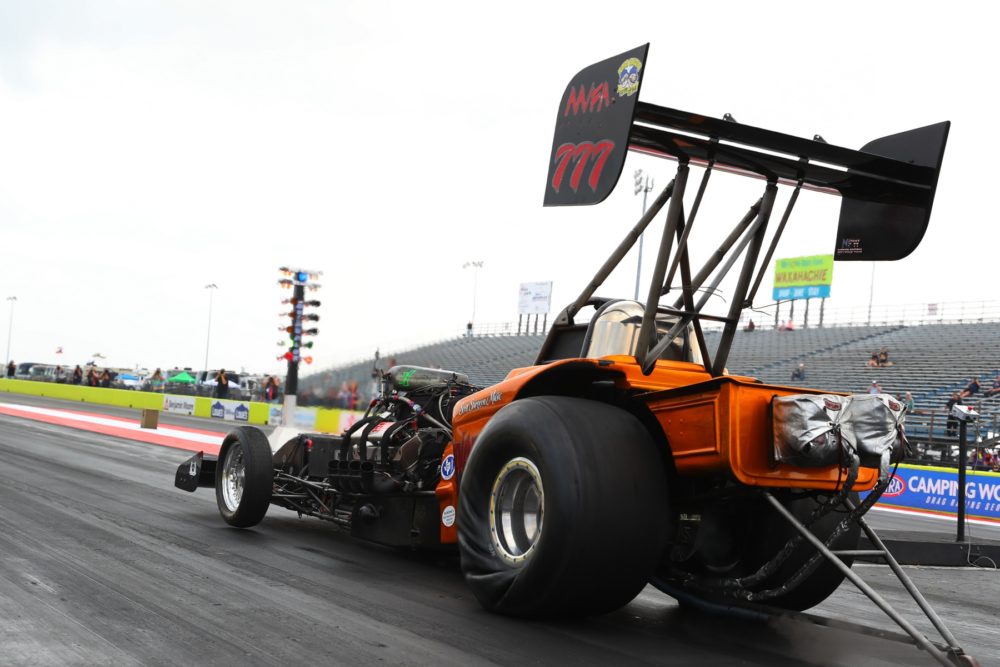 You grew up going to races at the Texas Motorplex as a young fan and eventually photographer and crew member. How meaningful was it for you to see your vision come together at a track that means so much to you?

Totally Goosebump Nationals. I’m standing in the water box firing cars and Billy Meyer walks up and taps me on the shoulder. I about had a heart attack. He was super stoked about what was going on there and what we were doing and just wanted to talk to me for an hour. I’m in the middle of a qualifying session trying to make sure we have things moving and he’s wanting to chit chat. From watching Billy Meyer on Decades of Thrillson TV when I was 5 years old to now he’s over my shoulder talking about how great Funny Car Chaos is. That’s a moment I’ll never forget.

Plus, it was super cool to have all my family and friends out there. We have longterm plans to keep doing this at the Motorplex. It’s very cool and it means a lot. It’s hard to believe, honestly.

The Funny Cars were obviously the stars of the show, but the Fuel Altered portion of the program really stood out too. How big of a deal was that Fuel Altered world record fest between Richard Hartman and Kebin Kinsley?

That was huge. We didn’t really get confirmation from Hartman and Wilkerson until Monday of the race, but we had known about the “War Wagon” and the Farris family and Kebin Kinsley wanting to do this since December. That’s something they’ve wanted to do for over a decade.

Again, it was the perfect storm. They were ready, the track was ready, and we have good weather down here in March, so they made plans and we were able to promote that for a while. They definitely flexed their muscles. Having them shatter both ends of the world record and race side by side, that was huge.

No one’s ever seen quarter-mile Fuel Altereds in Texas at all, to my knowledge. There’s been Fuel Altered racing here forever, but it’s all eighth mile. To bring those numbers to Texas was awesome.

Then we had 17 Fuel Altereds [from the Outlaw Fuel Altered Association] on top of that in their 25th anniversary season with the highest car count they’ve seen since 2010.

There was definitely a Fuel Altered vibe going on, which is awesome because that’s hard to find these days outside of California or at the World Fuel Altered Nationals. Helping put the Fuel Altereds back on the map was awesome. There were over 90 3-second cars on the property just in Fuel Altered and Funny Car. 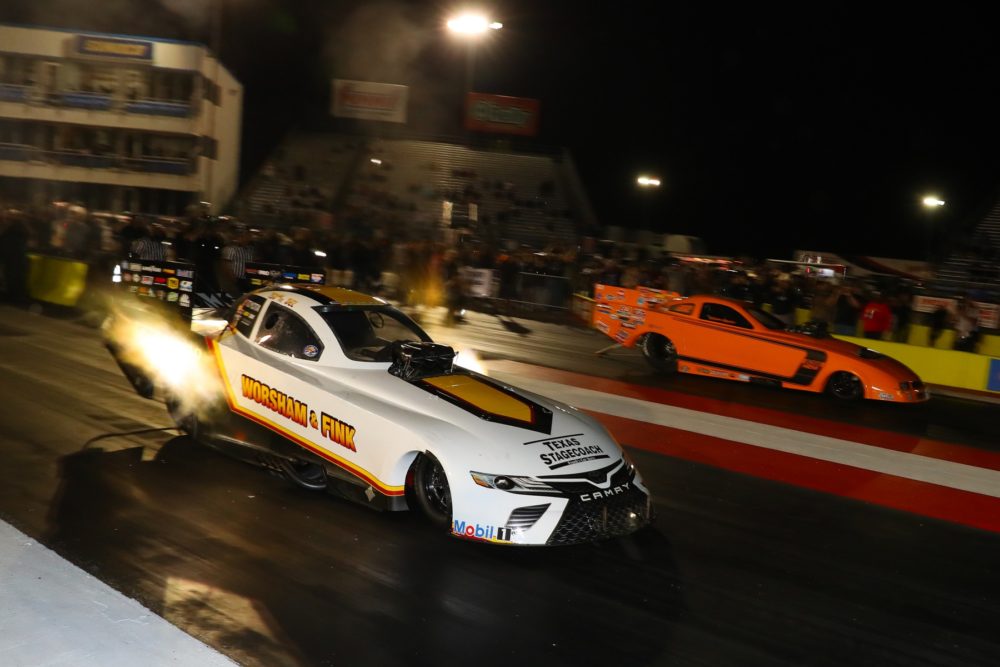 What did you think of the A-field final round? Was that kind of living proof that the Funny Car Chaos model works?

It’s a prime example, and it continued this past weekend [in Amarillo]. In the D-field final round [at Ennis], Tom Furches won in the “Made in America” Funny Car out of Colorado. He won the C-field at Amarillo over the weekend. Now he’s our points leader, which validates [the format] even more. He’s won two of his classes so far and he hasn’t been an A-field competitor, but that doesn’t matter in Funny Car Chaos. It’s about giving all the racers equal opportunity to earn points.

So far, the Chaos formula is playing itself out perfectly. It’s exciting to see nitro cars and alcohol cars run against each other. It’s totally unpredictable, and that’s what makes Funny Car Chaos exciting.

How do you plan to make this huge race a tradition?

In a perfect world, this will be our first race of the season for many years to come. That’s our plan and that’s the Motorplex plan. We don’t know if we’re going to repeat 64 cars or not, but that’s certainly a tradition we’d like to continue. I think the effort will be put forth between now and then to make that an event that becomes an annual 64-car Funny Car show. That’s what I’d like to do.

We definitely will be holding our season opener for the Funny Car Chaos and Outlaw Fuel Altereds at Ennis on the last weekend of March every year for sure. That’s going to happen. Our icing on the cake would be if we’re able to continue a 64-car show tradition.