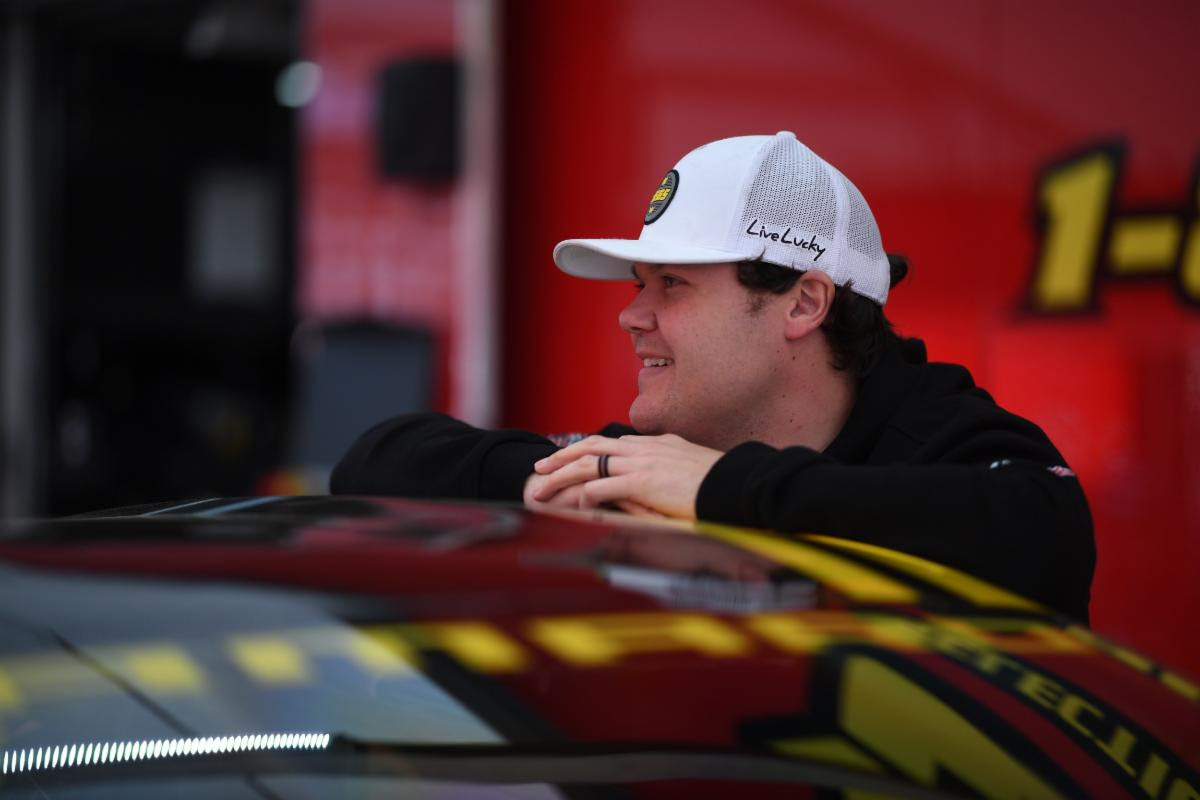 Pro Stock driver Troy Coughlin Jr. isn’t the type of guy to break the rules, despite what his history at Bristol Dragway may indicate. Either way, he promises to walk a straight path at this weekend’s Thunder Valley Nationals. Honest!

Long before he started driving the JEGS.com Chevrolet Camaro for Elite Motorsports, Coughlin was the sport’s biggest superfan, especially when his father Troy Coughlin Sr. was racing. At times, watching dad required “bending” the rules a little bit, something he pushed to the extreme one memorable race day in Bristol.

“I was like 10 years old and Dad was in the Winston ‘No Bull’ Showdown,” Troy Jr. said. “At that point he hadn’t won a Pro Stock race but his car was stout that weekend and he was driving really well. They’d hyped up that race with the big money prizes and everything and it was so exciting to watch him work his way through eliminations.” 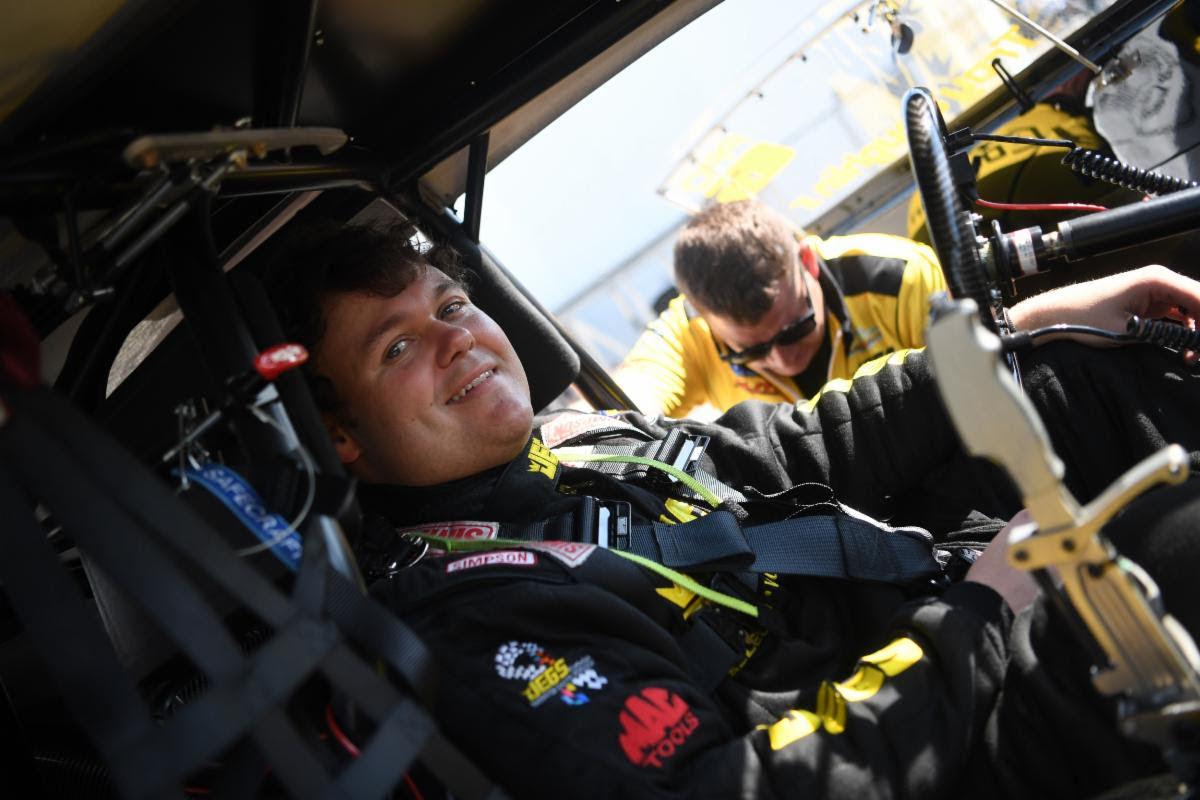 By the time it got to the later rounds, Troy Jr. couldn’t help himself. Although he’d been warned several times by NHRA’s former head of security, Mike Lentz, that he couldn’t be on or near the starting line, Troy Jr. repeatedly decided the risk was worth the reward.

“He’d try to sneak up there every round,” said JEGS Director of Motorsports Scott “Woody” Woodruff. “I had NHRA race control on my radio headset and I’d hear ‘Troy’s kid is up here again.’ Mike Lentz would immediately look at me and I’d tell him I would handle it. I would usually go tell T.J. to hide somewhere else. I knew how badly he wanted to be up there.”

By the time Troy Sr. made it to the finals against fellow Ohioan Mark “the Cowboy” Pawuk, young Troy simply wouldn’t be denied.

“Woody told me, ‘At least wait until your dad’s done with the burnout and is pulling forward to stage,’ thinking there wouldn’t be enough time for the security guys to run me off at the point. So that’s what I did and even though it seemed like I’d be banned for life, I was able to watch Dad win his first race.”

Troy Jr. has had a special affection for Bristol Dragway ever since, despite the stern lecture he got that day back in 2000, and yet again, is one of the most excited people heading to the picturesque track this weekend.

“I have a driver’s pass this time so hopefully I won’t get thrown out,” Troy Jr. said with a laugh. “The goal now is to win my first Pro Stock race at the same track where Dad got his. How cool would that be?

“We have a new car this year and we’re still learning what it wants. It’s taking some time but once it all falls into place, look out. There has been so much work, so many hours, so much sweat put into figuring this car out. I know we’re really close. Hopefully, this is the weekend when it all comes together.” 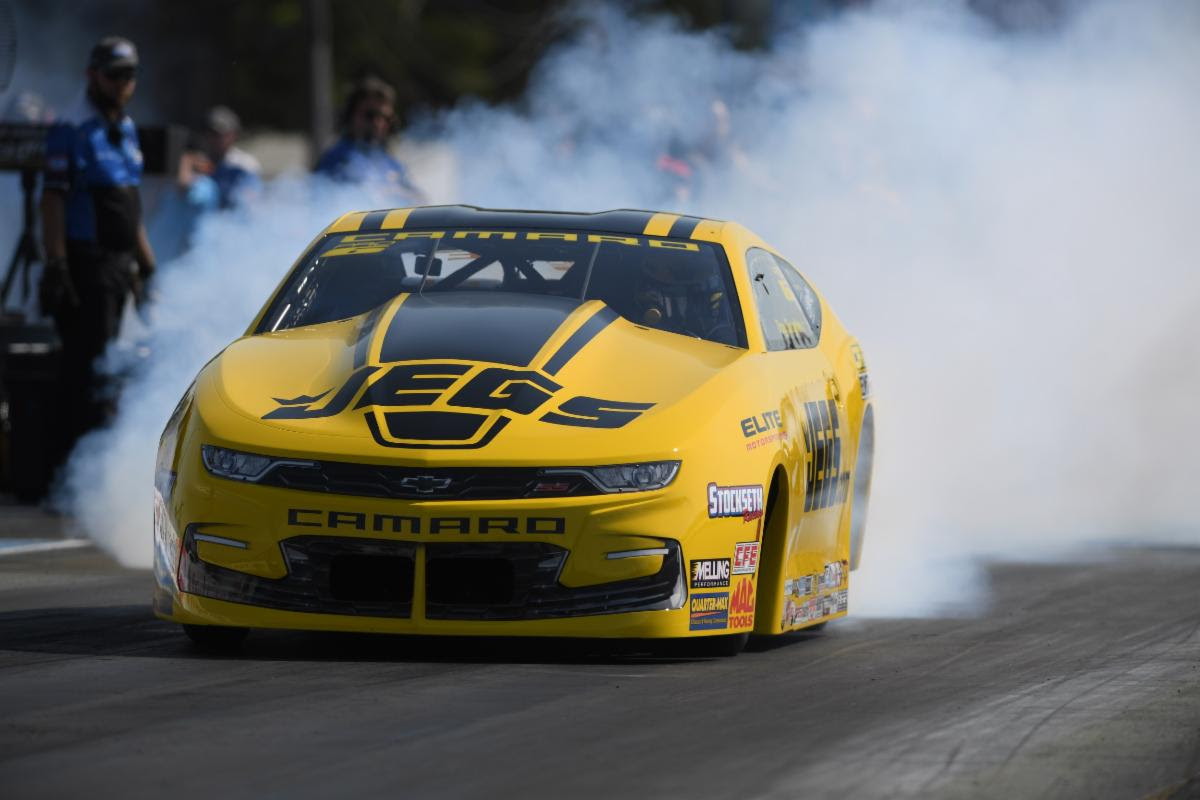 Troy Jr. will actually have two chances to win in Bristol as he is scheduled to also compete in the Super Gas category in his Uncle Jeg Coughlin Jr.’s 1957 Chevrolet Corvette Roadster.

“It’s a super fun car to drive and it’s been in the family stable for quite a while now,” Troy Jr. said. “Uncle Mike (Coughlin) wants to race it in Norwalk (Ohio) and since it hasn’t been run for a while I volunteered to blow the dust off it this weekend. It’ll give me some more laps down the strip. Plus, I get to race some more, which is always a plus.

“I still have the same crazy passion for this sport that I did back when I was a kid sneaking up to the starting line to watch my Dad and uncles. I was only dreaming about doing this at that point. Now I’m living that dream and my feelings for the sport haven’t changed one bit. Nothing has changed, except I don’t have to sneak around anymore.”