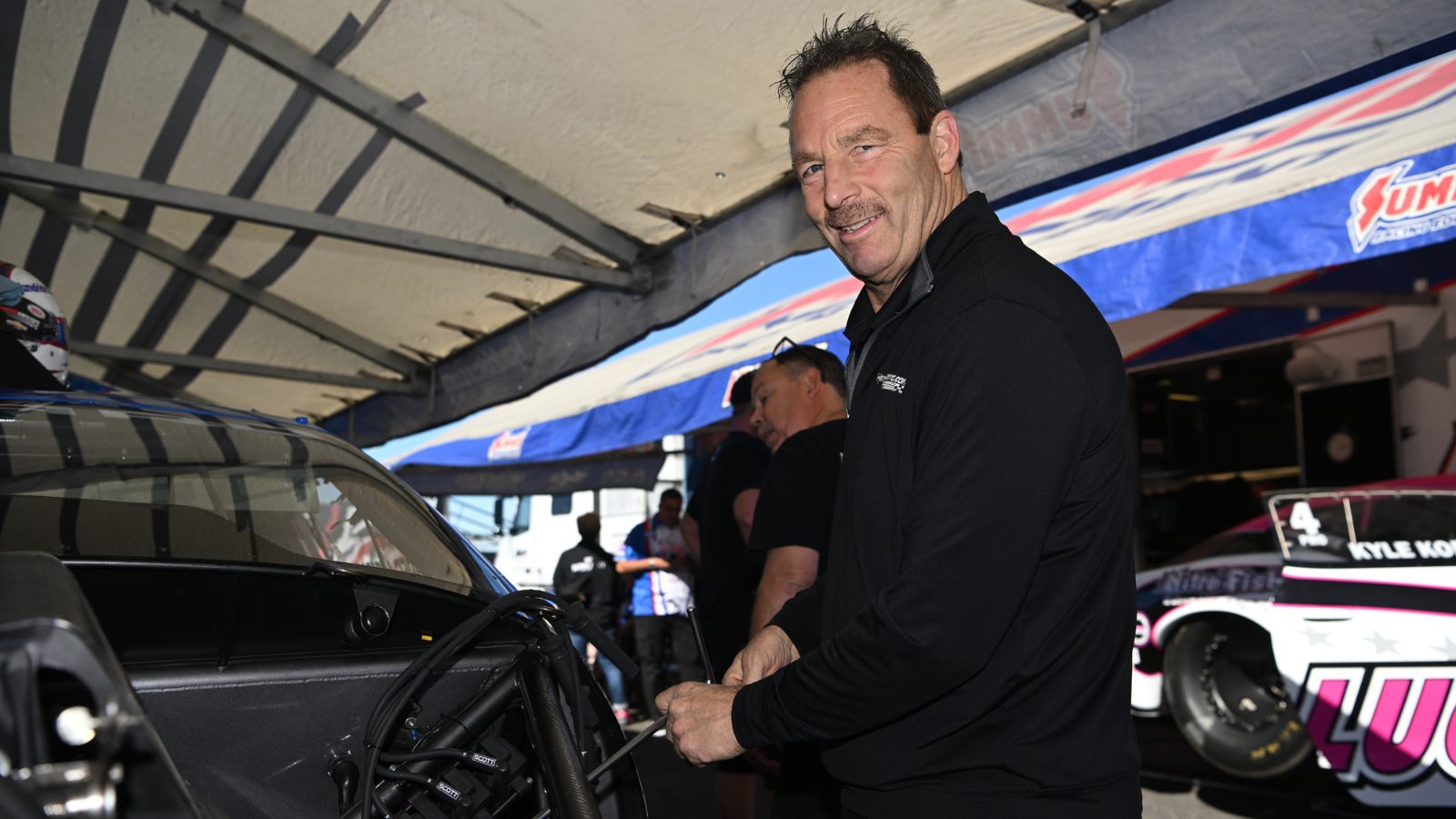 The NHRA Nevada Nationals concluded early for Greg Anderson, but he is already focusing on what’s ahead – a shot at the final trophy of the 2022 season in NHRA’s Camping World Drag Racing Series, which will be up for grabs in just two weeks at Auto Club Raceway Pomona.

“This was a tough day,” said Anderson, who was first to leave the starting line next to KB Racing teammate Dallas Glenn in the first round but shook the tires early in the run and couldn’t make it up. Glenn advanced on a 6.635-second pass at 205.41 mph to a 6.667, 205.91. “You can’t go back and change anything, though, so we just accept the results and move forward. Sometimes, it’s just the way it goes.” 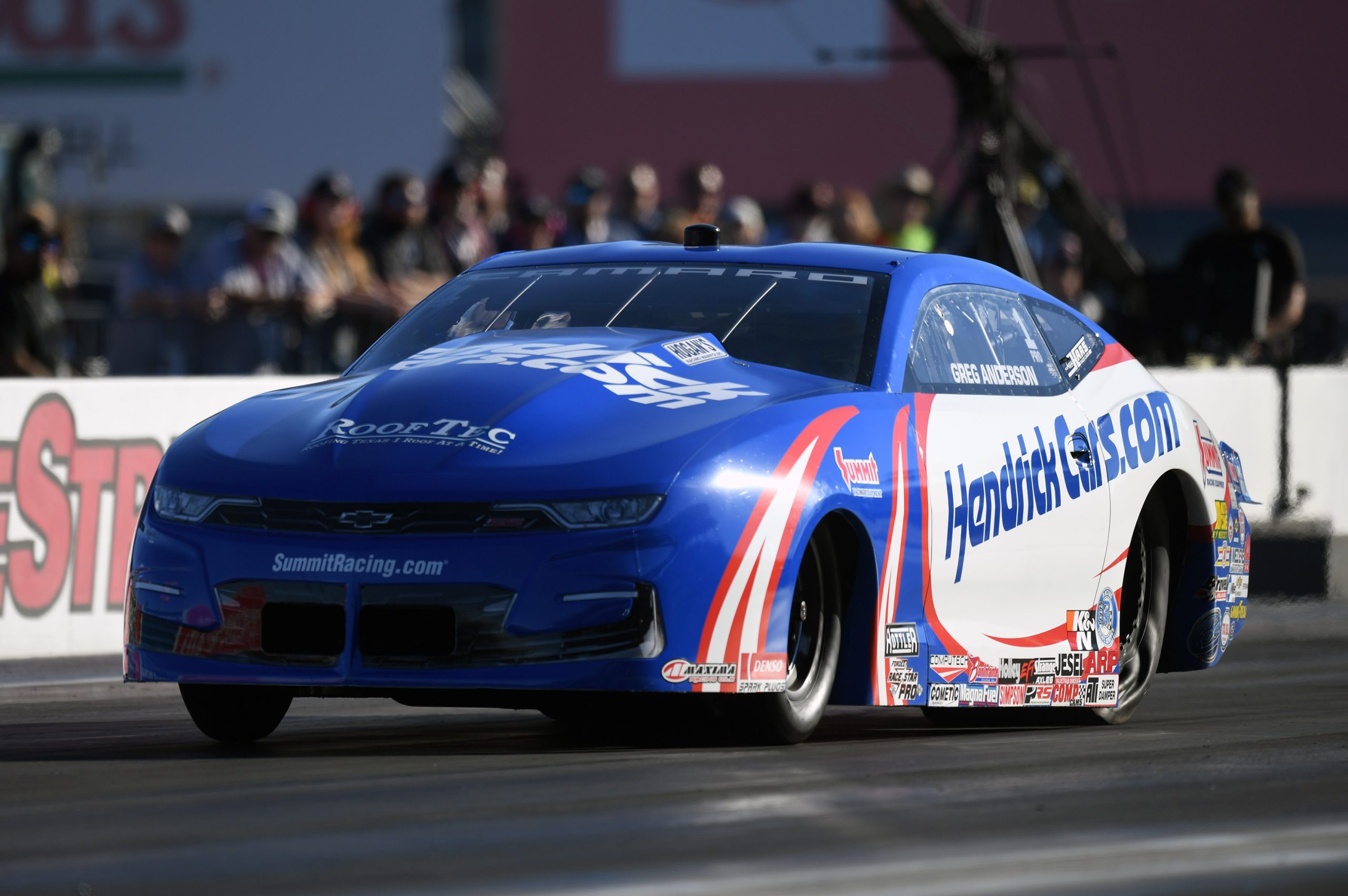 Greg Anderson and his HendrickCars.com Chevy Camaro at the NHRA Nevada Nationals

Although disappointed, Anderson and his HendrickCars.com Chevrolet Camaro are in fine shape heading into the last race of the season. In his match with Glenn in Las Vegas, Anderson recorded a cool .011-second reaction time next to a .012 to show that he can, in fact, race with the young guns. In qualifying, his HendrickCars.comChevy gained attention as one of the quickest on Friday, and he was awarded a bonus mark.

“Yes, there are positives here, and we’ll go to Pomona with our heads up,” said Anderson. “The most positive thing about racing here this weekend was spending time with Ken and Judy Black and the Black family. We love them and appreciate them, and we love racing here. We only wish we could have won that trophy for them today.”

The five-time world champion has had a season to remember, and it isn’t through yet. Most notably, the season included reaching a milestone 100 national event wins – the most of any other Pro Stock driver and the second most wins of any professional driver in NHRA history – and he got it done at the prestigious U.S Nationals in Indianapolis.

Leaving Las Vegas, Anderson is empty-handed but as motivated as ever.

“The only thing left to do is go to Pomona and try to win it,” said Anderson. “And that is absolutely what I’m going to try to do.”

The final race of the 2022 season of the NHRA Camping World Drag Racing Series will take place at Auto Club Raceway at Pomona. The NHRA Finals are scheduled for the November 10-13.