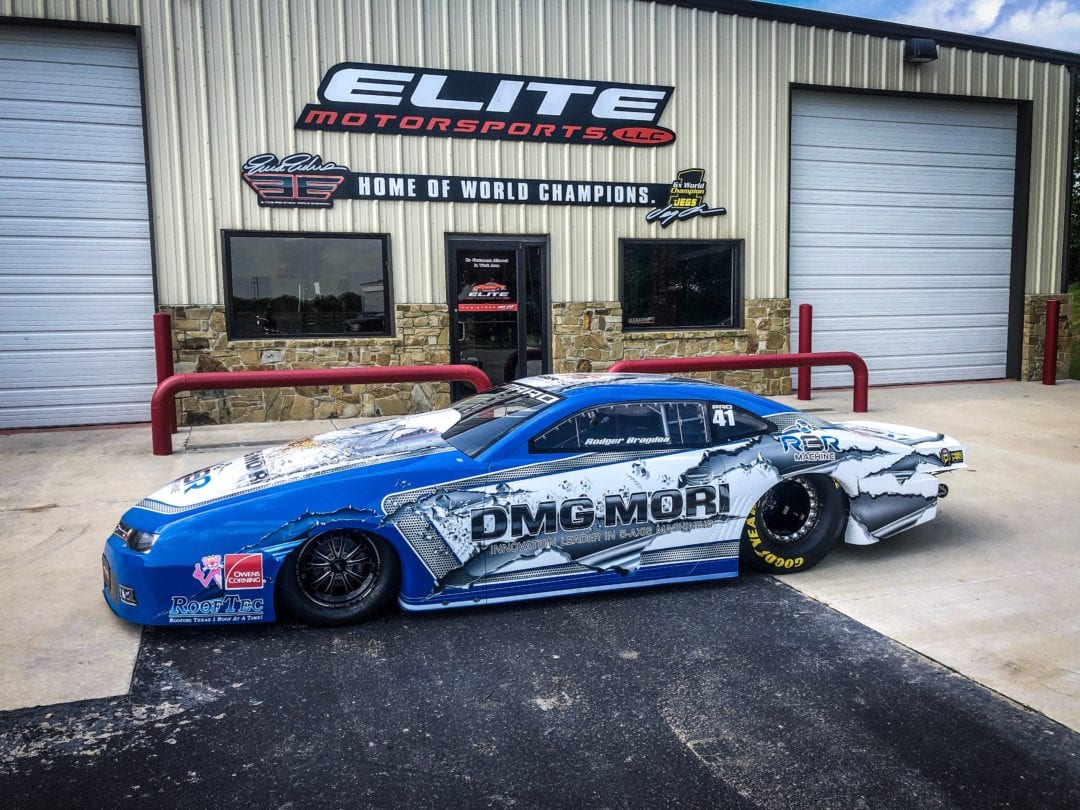 Rodger Brogdon’s Pro Stock Camaro will have a new look next weekend in Chicago.

The veteran driver announced a new sponsorship deal with DMG MORI, one of the largest machine tool builders in the world, for the rest of the 2019 NHRA season. That means a striking new wrap for Brogdon’s Camaro, which will debut at the upcoming Route 66 NHRA Nationals at Route 66 Raceway in Joliet, Ill.

DMG MORI’s headquarters in the United States are located in Chicago, making it the perfect time to reveal the new partnership and wrap.

“It’s a great company and I’ve been lucky enough to establish a relationship with them,” Brogdon said. “I’ve been talking to them for about a year or so. We were able to put something together and it’s pretty exciting. To do it at the Chicago race, it’s going to be great.”

After stepping away from full-time racing in 2015, Brogdon returned to Pro Stock this year with Elite Motorsports, and the three-time event winner is off to a solid start in 2019.

He is currently eighth in points through five races on the strength of two No. 1 qualifiers, including a 6.490 blast in Gainesville, and has one semifinal appearance this season. The new wrap was completed on Thursday and the Elite Motorsports driver was immediately impressed.

“I think it looks fantastic,” Brogdon said. “It’s going to be huge. As I got closer to coming back, we kept gaining more interest. It’s a worldwide company and there’s no telling how big this can be. It’s a first-class operation.”

DMG MORI is worldwide leader in the manufacturing and sales of machine tools. It has developed more than 200 models of CNC lathes and machining centers, establishing itself as a market leader when it comes to cutting machine tools.

Its 102,000-square foot facility in Chicago opened in 2009, and Brogdon is eager to put on a good show for the employees who will be in attendance at the Route 66 NHRA Nationals.

“There’s a whole bunch of Pro Stock fans in the Chicago area, so hopefully they’ll all be out there,” Brogdon said. “It should be good. We’ve got a lot going on that weekend, but it’s going to be an exciting time.”