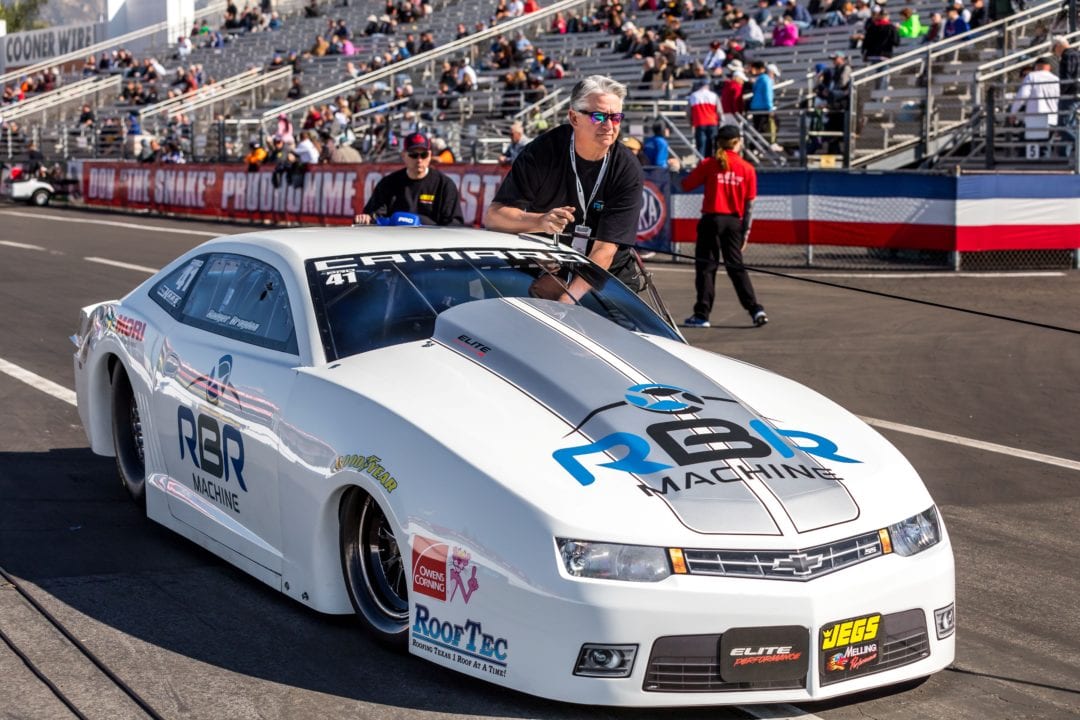 Pro Stock veteran Rodger Brogdon and his business, RBR Machine, are making sure this weekend’s 50th annual NHRA Gatornationals at Gainesville Raceway will be even more special for one lucky fan.

Brogdon and RBR Machine will award $5,000 to a fan during driver introductions on Sunday, and he is making it easy to enter. Everyone who purchases the official NHRA 50th anniversary Gatornationals t-shirt and has it signed by at least eight Pro Stock drivers can post their picture on Facebook or Instagram, using the hashtag #ProStockForLife. Tag @brogdonracing on Facebook and @rodgerbrogonracing on Instagram up to two hours after the final qualifying session on Saturday, and Brogdon and his team will select the lucky winner and they will get $5,000 in 50 $100 bills, making it the perfect way for someone to celebrate the 50th running of the Gatornationals.

“We have to do something big for the 50th anniversary and this is going to be exciting,” Brogdon said. “NHRA drag racing fans are awesome fans and the Pro Stock pits are probably going to be packed. We wanted to do something special for the fans at this race, so you might want to get over and get your shirt Thursday or Friday. We’ll put all the names in a drawing and I’m bringing $5,000 in $100 bills, so it’s going to be a lot of fun.”

Clearly in a celebratory mood for the special weekend in Gainesville, a victory would make the race that much sweeter for Brogdon and the Elite Motorsports team.

He won in Competition Eliminator at the Gatornationals in 2008, an improbable weekend that ended in perfect fashion. Ironically enough, Brogdon has the same crew chiefs – Pete Smallwood and Brian Self – now as he did for that Gainesville victory, and Brogdon would love to recreate that magic this weekend in his RBR Machine Chevrolet Camaro.

“I still remember that win like it was yesterday,” Brogdon said. “They made some gutsy calls that weekend. We were winning rounds, but we were having some trouble. Going into the finals, we had to change the rear tires and they decided to put a brand new tire on the car. But the guys were smart enough to know if we kept the same set-up we weren’t going to win. It was a gutsy call, but those guys are smart enough to know what they’re doing.”

Those same two crew chiefs will make the calls on Brogdon’s Pro Stock car this weekend, already showing impressive signs through the first two races of 2019. Brogdon, who has three career Pro Stock wins, qualified No. 1 in Pomona and won his first round of the year at the most recent race in Phoenix.

Brogdon hopes to show continued improvement behind the wheel in Gainesville, but he continues to laud his first-year relationship with Elite Motorsports as he heads into one of the biggest race weekends of the year.

“These guys have given me a very fast car and if I can get my foot off the pedal, we can win,” Brogdon said. “Anybody who knows anything about this sport, if they could pick two races to win it would be the U.S. Nationals Indy and the Gatornationals. The fans are incredible at this race and there’s a whole bunch of Pro Stock fans on the East Coast. It’s going to be a great race, and they may have more people there this weekend than they’ve ever had at this race.”