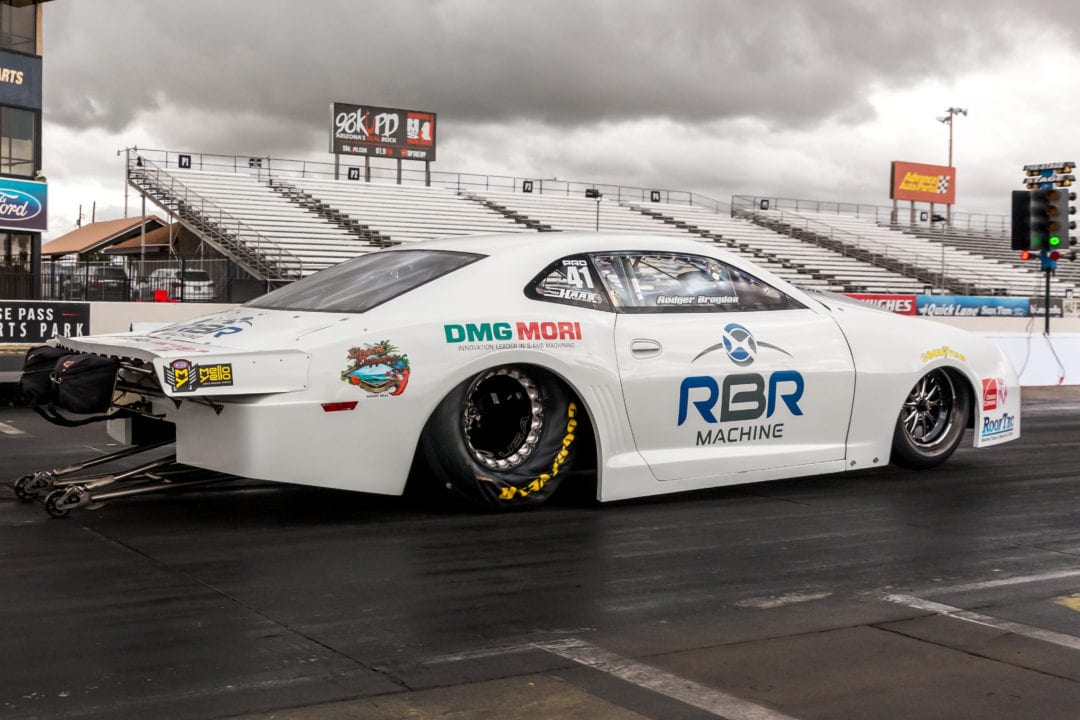 Fresh off an extremely productive test session and preparing to race for just the second time since the 2015 NHRA season, Pro Stock veteran Rodger Brogdon has just one goal in mind when he returns behind the wheel at this weekend’s Lucas Oil NHRA Winternationals.

“I just want to go out there and not have it look like I haven’t been out there the last 3-4 years,” Brogdon said with a laugh. “That’s going to be all on me because there’s a great group of guys around me. But as long as we run like we did last weekend we’ll be fine.”

Those series of runs came at the preseason test session in Phoenix, where Brogdon, who has three career Pro Stock wins, put together a series of strong passes in a Chevy Camaro driven last year by Elite Motorsports teammate and two-time world champ Erica Enders.

Brogdon went as quick as 6.542 at 210 mph, which were impressive numbers for a team led by his longtime tuner, Pete Smallwood, and Brian “Lump” Self.

The test session went better than even Brogdon anticipated, adding further reassurance that he made the right move joining the Elite Motorsports camp in the off-season. Coupled with the new 18-race Pro Stock schedule, Brogdon, who runs a number of successful businesses in the Houston area, called it an ideal scenario to link up with a successful, ready-made team and it already seems to be working well.

“(Team owner) Richard (Freeman) put a bunch of good guys on this team and the car went from A to B when we turned it loose,” Brogdon said. “That’s a good sign. It all just went great and it really has been a great transition. It was like I had never missed a beat and it was really good to get back out there.

It was never a waning passion for the sport that took Brogdon away from it, but rather a need to concentrate on his burgeoning businesses. The deal with Elite Motorsports, however, offers the best of both worlds as Brogdon can still focus on business and have the confidence his talented team will have the car ready to compete at a high level all season.

It’s a luxury Brogdon can only smile about and it’s a grin that grew even wider after the successful test session in Phoenix. Now heading to Pomona for the first time since the Winternationals four years ago, Brogdon is feeling good about his team’s chances at the Winternationals. His new Mustang is in the finishing stages of being completed, but the Camaro Brogdon is currently piloting has already shown it can be competitive against the top drivers in the class.

“It’s all been very smooth and I’m 100 percent confident when I get in the car at Pomona everything will be the way we need it to have success,” Brogdon said. “It’s going to be important to go out there and make a good run on Friday, but I’m confident we’ll be able to do that. It’s just a great group of guys and we’re excited to see what we can do.”