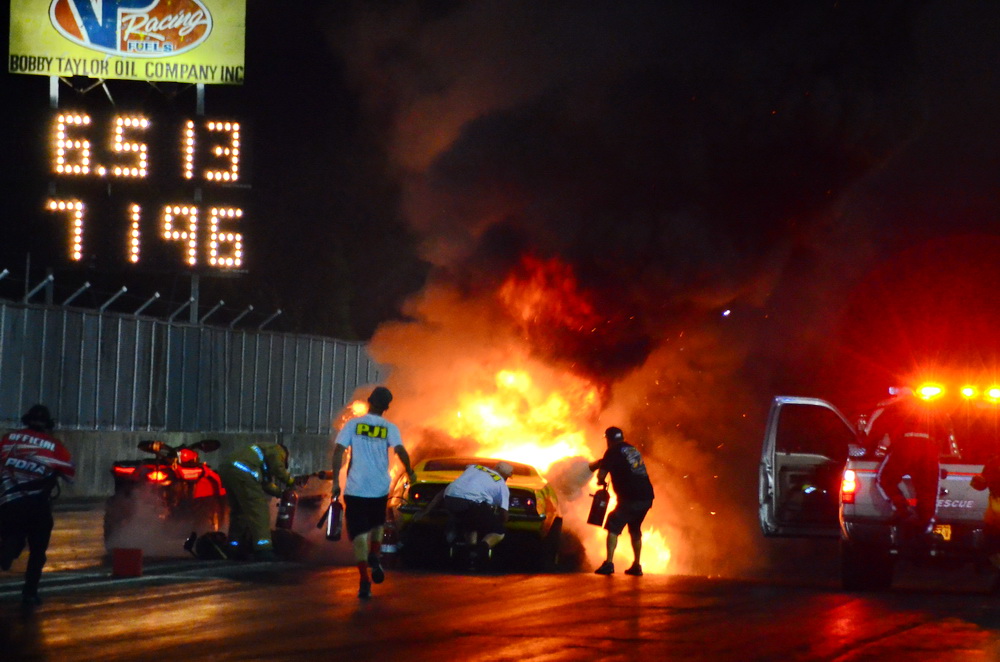 A starting-line explosion looked violent, but relatively routine for Pro Nitrous racer David Campbell in round one of qualifying Sep. 5, for the PDRA Dragstock event at Rockingham Dragway.The routine went out the window, though, as his ’69 Camaro coasted to a stop near the eighth-mile finish line and the car suddenly erupted in huge balls of flames that lit up the North Carolina night sky.Fortunately, the Oxford, NC-based driver quickly escaped the inferno and made it to the left-lane wall where he could only watch helplessly as PDRA and track officials battled the stubborn blaze. Campbell later said he was uninjured and thought a dropped valve in his engine was responsible for the fire. The car sustained serious damage from the firewall forward, forcing Campbell to withdraw from the event.