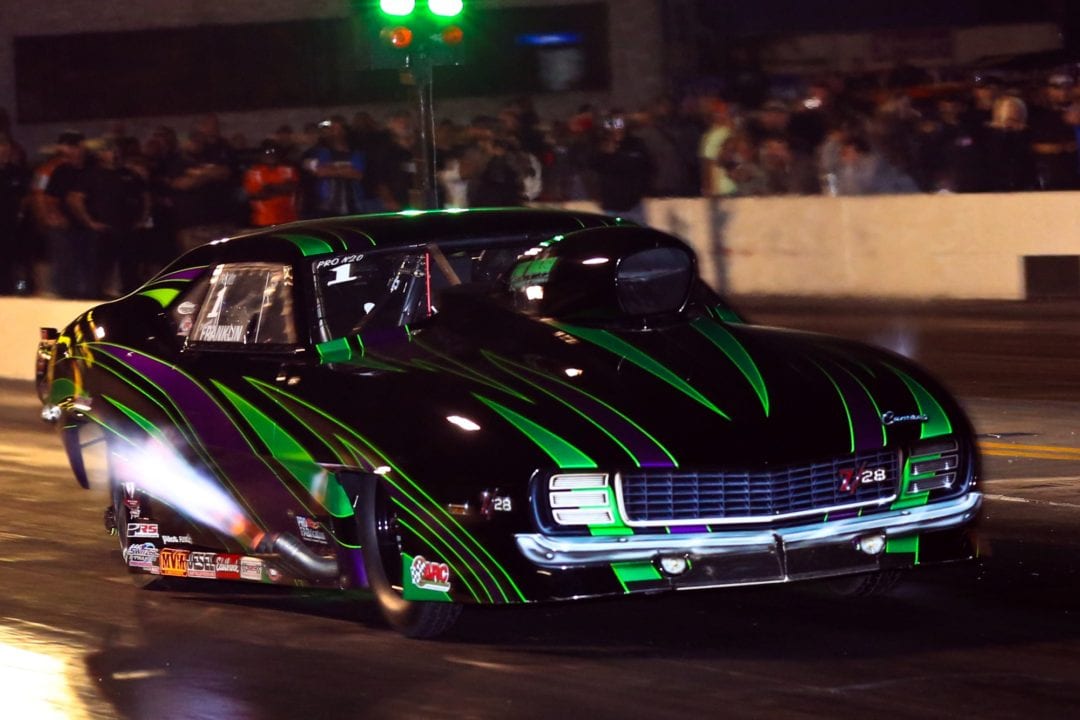 More Pro Mod racing is coming to Virginia Motorsports Park with the addition of  “Pro Mods at the Park,” the track announced on Monday. “Pro Mods at the Park” will take place during two major events during the 2018 race season, adding another thrilling element to a pair of exciting, family-friendly weekends.

The two must-see Pro Mod races will feature a 16-car field with a $10,000-to-win purse, giving top-flight drivers a pair of great opportunities to put on a show.

“Our area is a great draw for Pro Mods and it was a good spot in the schedule to have these two one-off events,” Virginia Motorsports Park owner Tommy Franklin said. “As for the ‘Pro Mods at the Park’ theme, the vision we have is we want Virginia Motorsports Park to be known as a good, family-friendly atmosphere. It’s hardcore racing, but it’s a good, pleasant environment. ‘Pro Mods at the Park’ is something we can build on and it’s going to be a lot of fun.”

“Pro Mods at the Park” will combine the rules of the PDRA Pro Nitrous and Pro Boost categories to make one overall class, putting a dedicated spotlight on the talented drivers at what are already two highly-anticipated events.

“This area is a hotbed for Pro Mods, and it will be nice to have the best cars in the country compete with a common rule set,” Franklin said. “Pro Mod cars are a big draw, and we’re bringing the Pro Mods back to the show.”

They will be given a marquee stage, both at the Menards Chevy Show and the “Extreme Night of Fire,” which is taking place for the first time at the track. Adding Pro Mods to a pair of big events simply made sense, Franklin said, offering fans even more value during both weekends.

“Pro Mods at the Park” also adds to an already impressive 2018 schedule at Virginia Motorsports Park, one that includes a pair of PDRA events and a NHRA national event, the NHRA Virginia Nationals on June 8-10.

Franklin and his team have already installed new LED lighting as well as a new racing surface to rave reviews, and the racers at “Pro Mods at the Park” will be the first Pro Mod cars to make runs on it. It marks an exciting time for Franklin and VMP, and those good vibes will continue with the new Pro Mod event.

“We have a great family atmosphere here and that’s what we wanted, somewhere everyone is proud to go to,” Franklin said. “There’s a lot of good things happening and hopefully we can keep that momentum going. We’re trying to revitalize Virginia Motorsports Park and we had this time of ‘At the Park,’ and we’re trying to build on that with ‘Pro Mods at the Park.’ We’re really looking forward to it.”

For more information about “Pro Mods at the Park,” as well as the Menards Chevy Show and the “Extreme Night of Fire,” visit www.virginiamotorsportspark.com.