Danny Rowe remembers having conversations with Wes Buck five years ago about a race that would eventually become the DRAG ILLUSTRATED World Series of Pro Mod.

Bringing those visions into reality are never easy, which made the inaugural race at Bandimere Speedway such a big deal. Now less than a week away from the second annual $100,000-to-win race, Rowe reflected on how impressed he has been watching the event grow considerably in just a year.

“Wes has done an unbelievable job at this and to see it come to fruition last year was a major, major accomplishment,” Rowe said. “To see more excitement, more cars in the second year, it shows how strong the Pro Mod class is. It says a lot about the quality of people and teams involved in what we’re doing, and I’m happy to be part of it.”

But Rowe is much more than a thankful participant, as he is coming to Thunder Mountain with his sights set on winning the six-figure payday this weekend in his RJ Race Cars Camaro. 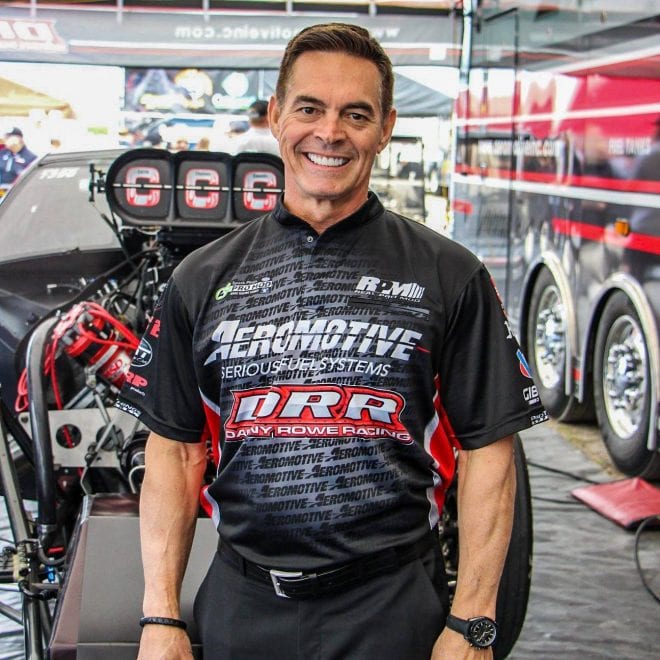 Rowe debuted the impressive Jimmy Rector-tuned car at the beginning of the 2018 NHRA Pro Mod season, and after a slow start the team has come on strong. Thanks to plenty of hard work from his team to get things right, Rowe advanced to back-to-back semifinals in Richmond and Bristol, entering the lengthy summer break on the NHRA Pro Mod circuit with plenty of momentum.

The team has continued to put in impressive work over the past month, leaving Rowe confident he can have a strong showing in Denver. Having that experience on Thunder Mountain can only help, even in a new car, and Rowe knows the type of mindset needed to have success over five rounds of eliminations against an all-star lineup of Pro Mod competitors.

“I really think it’s just a matter of having the mindset of running your own race,” Rowe said. “The idea is to go out there and make your best lap every time. With the scoreboards off (during the Summit Racing Shakedown runs), you’re not going to know what the guy beside you is going to run, so you have to go out there and run your own race. One thing about Jimmy, he can go down the track consistently and he can do it fast.”

Even with a new car, there is plenty Rowe can take from last year’s inaugural race and apply it to 2018. It could give the team a head start when testing begins, and Rowe knows that is a pivotal stretch when it comes to race success.

Rector made changes on their combination to acclimate to racing at an altitude of nearly 6,000 feet and a quick start off the trailer would be imperative for weekend success. It’s another way that Rowe is stressing to not worry about the competition, also referencing the job Mike Bowman did a year ago en route to the victory. Coming in as an underdog, Bowman ran his own race, putting up solid, consistent passes, finishing his evening in the winner’s circle.

“Any of the cars can win it. Mike came out and kicked everybody’s ass a year ago,” Rowe said. “He just went down the racetrack. We’ll know right off the trailer whether the changes we made are good or not, and we can pick at it from there. Jimmy will have a really good handle on where we’re at, so we can go up there and make laps (during testing) and figure it out. Again, we’ll just worry about ourselves, keep picking at it and try to make it quicker.” 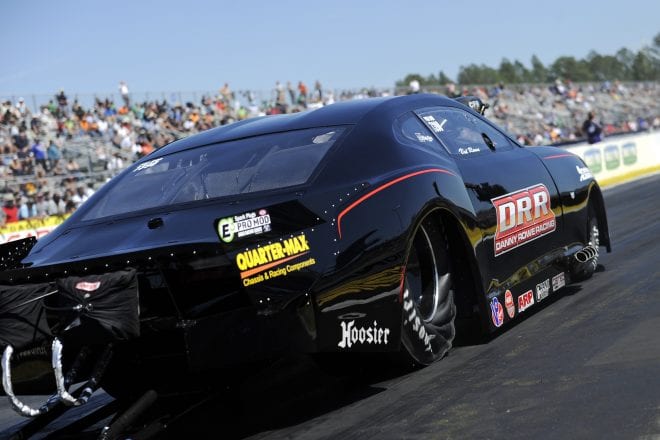 Rowe has always been one of the most vocal when it comes to the talent and excitement involved in Pro Mod, and it make the veteran proud when he sees the class in its current standing.

Participating in a race as big as the WSOPM is now a yearly reality for longtime drivers like Rowe, further showing the impressive progress of the class. In Rowe’s mind, the next step is simply ending Saturday evening in the winner’s circle.