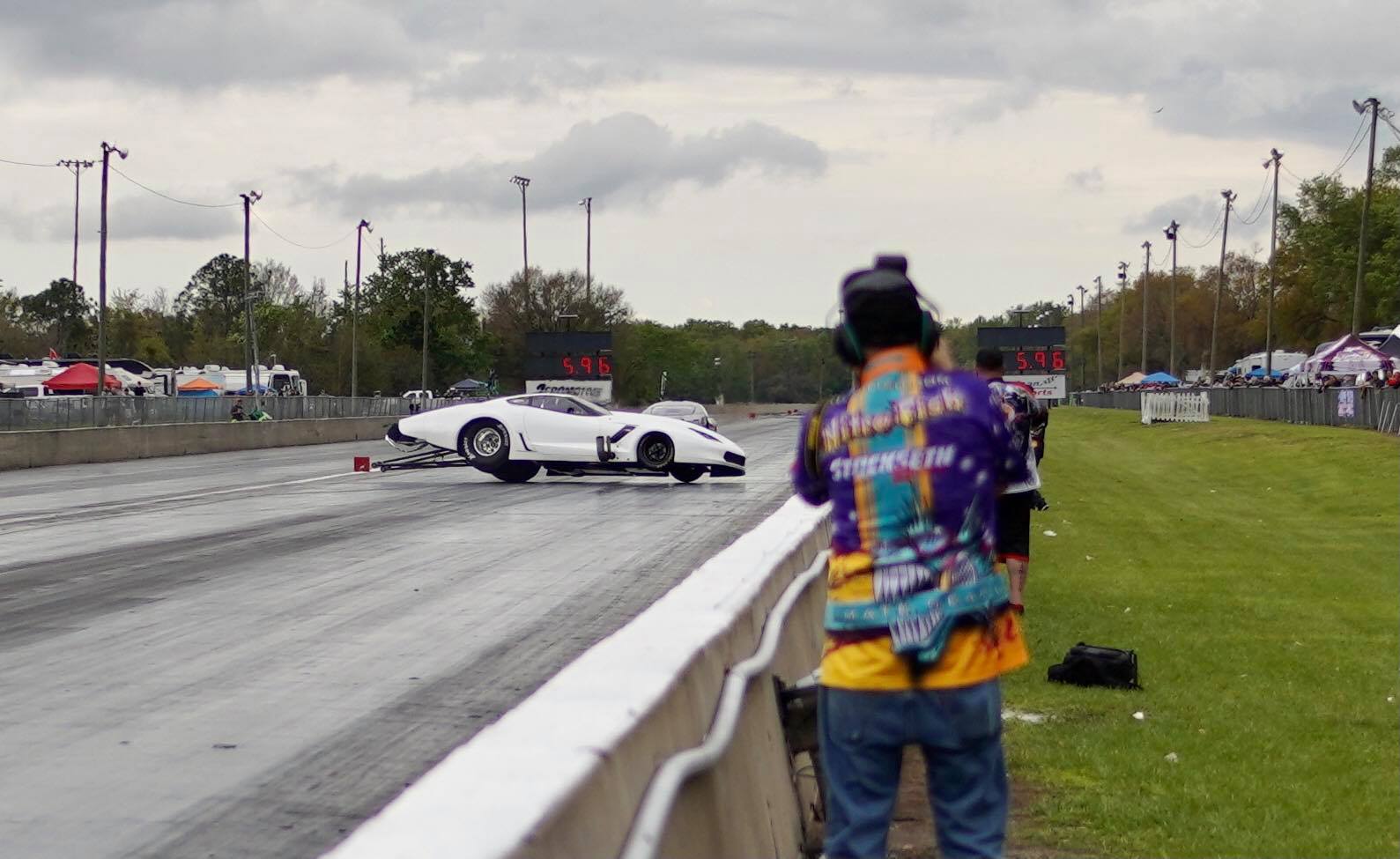 Rick Hord’s weekend in Orlando came to an end far sooner than he expected. The Pro Mod veteran collided with the wall during a nasty crash on Saturday in the final qualifying session of the CTECH World Doorslammer Nationals presented by JEGS, as his Corvette took a sudden right-hand turn and darted across the center line and into the wall in the right lane.

Hord escaped injury, though it was a frustrating turn of events considering he was debuting his new white Corvette. He pointed to a leak in the rollover valve as the culprit, causing the sudden loss of control.

“What it looks like is the rollover valve leaked, put a puddle under that (rear right-side tire) and it’s over,” Hord said. “No driver can stop that. I wasn’t sure how we made an immediate right-hand turn when I had never moved the steering wheel.”

Hord saw flames burning over the hood and quickly busted through the driver’s side door before things escalated. The safety team at Orlando Speed Dragway quickly put out the flames and Hord walked away unscathed.

In fact, the Corvette escaped major damage as well, especially in the main body of the car. That was surprising considering the impact the car made with the wall, but Hord and his team were heavily involved when the car was built. It was a long process, but Hord and his group were detailed when it came to specifics of the Corvette.

In this instance, it might have saved Hord a great deal, while reinforcing the fact he has a solid car with a bright future.

“The extra framing we put in this car saved it a ton,” Hord said. “This was purpose-built and we helped design the car. It’s a multi-purpose car, built to run turbos or ProCharger. We had the ’16 Corvette we had a lot of success with in 2018 and it started getting where it was unreliable, and it was breaking pipes. We strategically did some things with this car with the idea being longevity. I can already tell you those extra strut bars saved those struts.”

He noted there are different parts on his Corvette than most teams, which helped things stay intact during the collision. The back half didn’t sustain major damage, which was one positive to come from the crash.

“I’m pretty shocked at what I’m looking at. I’m a little frustrated, but I’m good,” Hord said. “Pro Mod is like bull-riding. Here, you’ve got to stay on the bull for 5.5 seconds, and, honestly, that’s what it is.”

It also didn’t sway Hord from wanting to get back in the car and racing as soon as possible. In fact, when asked what was next, Hord was succinct.

“Get it to Bickel’s, get it fixed and it’s six weeks until Atlanta, and let’s get back to testing. Honestly, it doesn’t appear too bad,” Hord said.