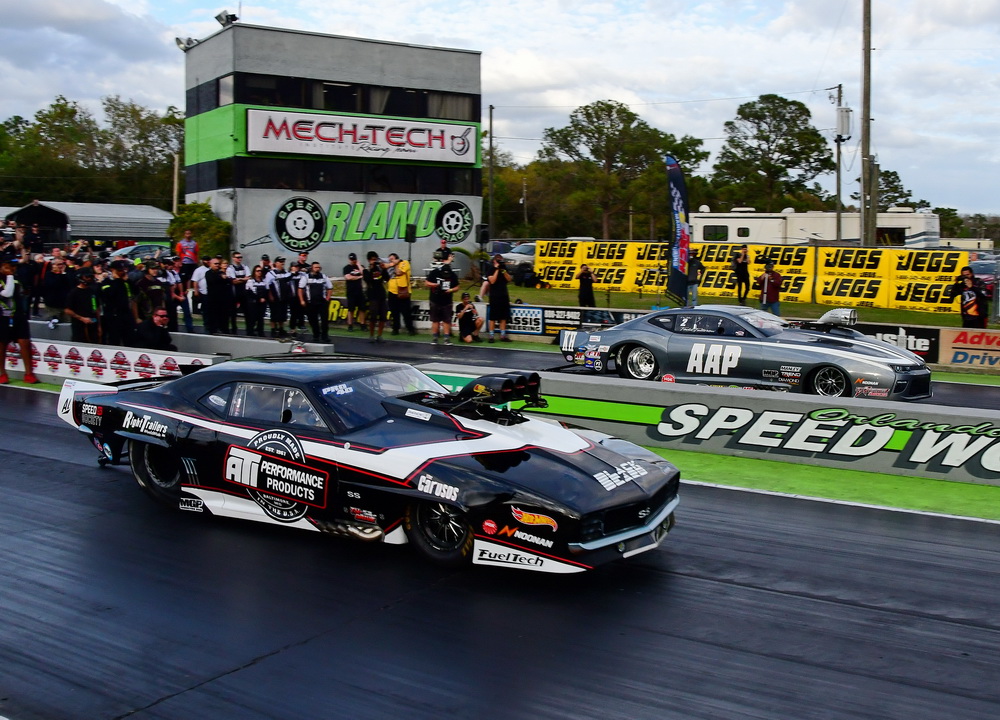 When Drag Illustrated founder and editorial director Wes Buck first described the inaugural Drag Illustrated World Doorslammer Nationals to a group of Pro Mod insiders at the annual NHRA Pro Mod meeting at the PRI Show in December, the race was little more than an idea sketched out on a cocktail napkin the night before. It was a vision shared by Elite Motorsports’ Richard Freeman and Orlando Speed World Dragway owner Ozzy Moya, and the trio immediately went to work making it a reality.

Less than 80 days later, there were 18 Pro Stock teams and 33 Pro Mod teams in the pits at Orlando preparing to qualify for the inaugural Drag Illustrated World Doorslammer Nationals presented by CTech Manufacturing. The Pro Stock winner would receive an unprecedented $75,000, while the Pro Mod victor would get $50,000 – five times the payout of an NHRA Pro Mod race.

Now just over a week removed from the race, Drag Illustrated spoke with a handful of the racers and tuners involved in the race to get their perspectives.

As FuelTech’s Luis de Leon explained, the race both lived up to expectations and changed expectations. The chief technology officer at FuelTech was excited to see Orlando return to the headlines for hosting a major “domestic” race, as it’s gained a reputation for hosting major import races. 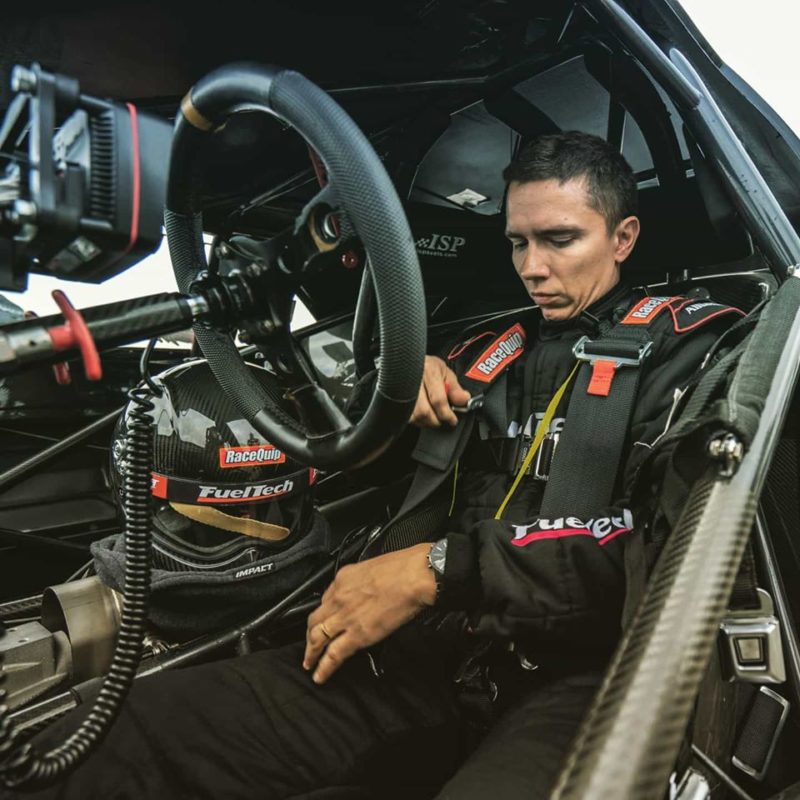 “First of all, the cool thing is Orlando has always been known as an import track,” de Leon said. “They do domestic stuff, but they haven’t had something that huge that I can recall, aside from the World Street Nationals at the end of the year. If you think about Orlando, you think about an import track. The cool thing is [the World Doorslammer Nationals] was a huge domestic race.”

De Leon, who led FuelTech’s North American expansion effort from Brazil several years ago, was impressed with the way the event melded the feel of an outlaw event with the polish of professional drag racing.

“I’ve been to the other Drag Illustrated races in Colorado and they were good, they were fine, but they were not surprising,” de Leon said. “This race was surprising. You were in a different environment, but with the baddest of the bad racers, teams and tuners related to the domestic stuff.”

What didn’t surprise de Leon was the level of performance displayed by the teams, specifically in Pro Mod. Justin Bond eclipsed the current NHRA Pro Mod record with his 5.623-second pass to qualify No. 1. Steve Matusek anchored the 16-car field with his 5.739, making it the quickest NHRA-legal Pro Mod field in history.

“Before the race, I spoke to Wes and I told him, ‘I have this feeling we’re going to see a record and we’re going to see the quickest field, I’m just telling you.’ I felt that way because 17 out of the 33 cars use FuelTech,” de Leon said. “I was aware of all the hard work of those teams, so I knew they were going to run quick. Qualifying was crazy fast and the bump was unbelievable. You talk about a tenth on a 5.60-5.70 field with 16 cars, it’s mind-blowing.”

“I expected it to be a really, really tough field because all the best racers in Pro Mod were there,” said White, who led Laughlin to the No. 3 spot in qualifying. “It was everything I expected it to be. Wes always puts on a great race, and Orlando is always a really good racetrack. Plus, it was the first race of the year and everyone is really ready to go race.”

Even though the No. 3 spot was a career-best start for Laughlin and the Caruso team, White felt it really wasn’t much of an advantage since the field was so tight. After all, Laughlin won first round by a fairly narrow margin when his 5.717 beat out No. 14 qualifier Jim Whiteley’s consistent 5.738. 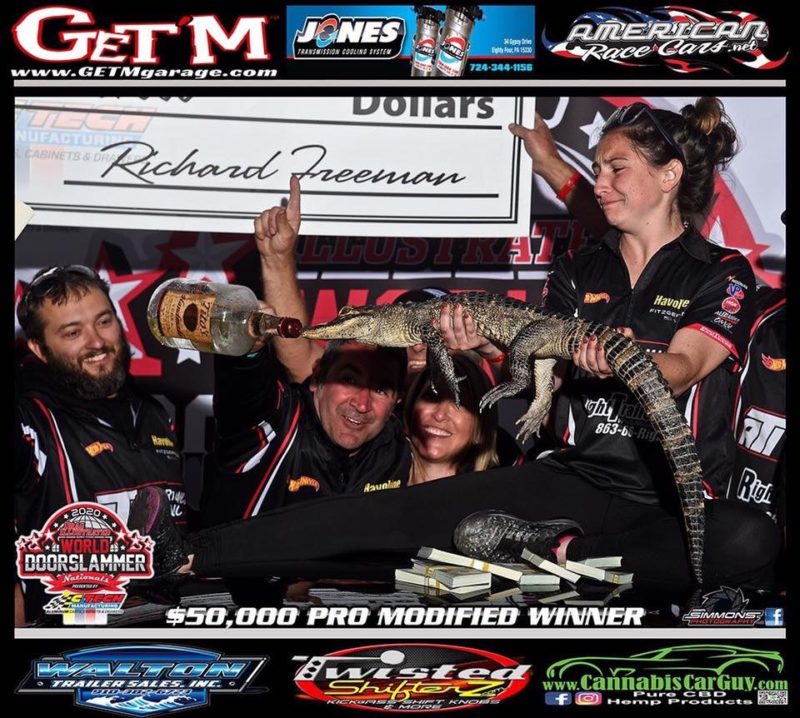 “We were really, really excited and had a lot of momentum because of where we did qualify, but once you look at the ladder, there was no easy race in any given round,” White said. “The driver had to do his part and the car and the tuner had to do their parts. There were no ‘gimme’ races. They were all really tough. I reckon if you’d have qualified 16th you’d have been just as good if you’d qualified first or second.”

The level of competition remained high through eliminations, with numerous side-by-side 5.70 races and holeshot wins leading up to the final round between Laughlin, an underdog, and veteran Todd Tutterow, who finished second in the 2019 NHRA Pro Mod world championship.

The pairing made for a storybook ending for Laughlin and the Carusos, as Laughlin laid down a race day best of 5.671 to take down Tutterow, who backfired the supercharger after shaking the tires.

“You really can’t even explain it. It didn’t quite seem real,” White said of the win. “It felt like we were a bit of an underdog team, so we weren’t really expected to win. I think if you had to pick 16 cars to win the race, I don’t reckon we would’ve been picked.

“It was really cool to win as a team,” White added. “We have a really good group of people. Marc and Joe [Caruso] and the Carusos are great people and they’re great to race with. I couldn’t be happier for them.”

Even racers who didn’t win – or even make the 16-car field – were thrilled with the first-ever World Doorslammer Nationals. Florida’s own Tommy D’Aprile was one of those racers most enthusiastic about the race.

“I don’t know too much about Pro Stock, but that was one of the best Pro Mod races ever,” D’Aprile said. “We got blessed with unbelievable weather, which made for extremely positive conditions for going fast. The racetrack was killer. It was a perfect storm, and to have that many cars there, it was awesome.”

Of course, the $50,000 payday was another very favorable condition that appealed to D’Aprile and the 30-some other Pro Mod drivers in competition.

“That’s what these cars should be running for,” D’Aprile said. “We’re going to Gainesville and these NHRA races to race for $10,000. That doesn’t cover half of what’s going to be spent, right? When you race for 50, there’s a new aura in the air. It’s different.”

D’Aprile and his Al Billes-owned-and-tuned ’69 Camaro sat in the No. 5 spot on the Pro Mod qualifying order after the first session, but he eventually fell to the No. 17 spot. A series of mechanical issues prevented him from making representative runs in the three other sessions, but the always-optimistic driver was still content with his first quarter-mile, NHRA-legal Pro Mod appearance since 2008. 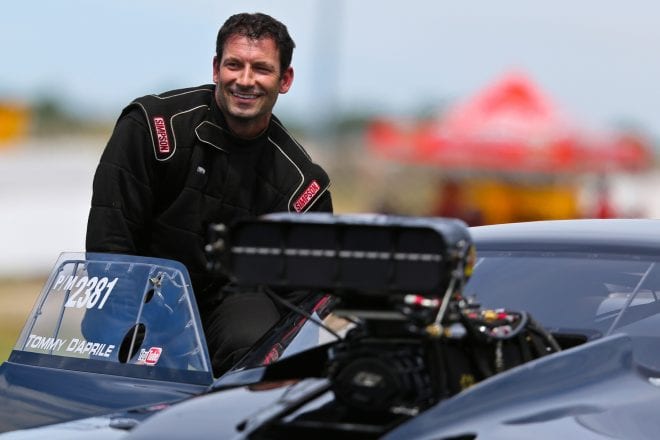 “Against everybody we were number five,” D’Aprile said. “That’s why I’m confident in what we can do. We were quick and fast for that session, we just never got another run. Then we get bumped out by one thousandth. I was like, ‘Oh my goodness, I didn’t realize it was only a thousandth.’ And it was the quickest field ever. The joke was that we were number one…alternate.”

The good news for D’Aprile – and the 16 other drivers that missed the chance to race for $50,000 and a custom CTech Manufacturing tool cart – is that the inaugural race will be followed up by the second annual World Doorslammer Nationals in 2021.

Buck asked racers for feedback following the race, and with the addition of some suggestions for improvements or changes to the feedback, all of the racers in attendance vowed to return. That feedback was echoed by insiders like de Leon.

“[Drag Illustrated] started on the right foot,” de Leon said. “It was a great race. Everyone liked the race and enjoyed the race. Everyone that I spoke to, they were pleased by going to the race. If this is the first one, I can guarantee the next one is going to be even better.”