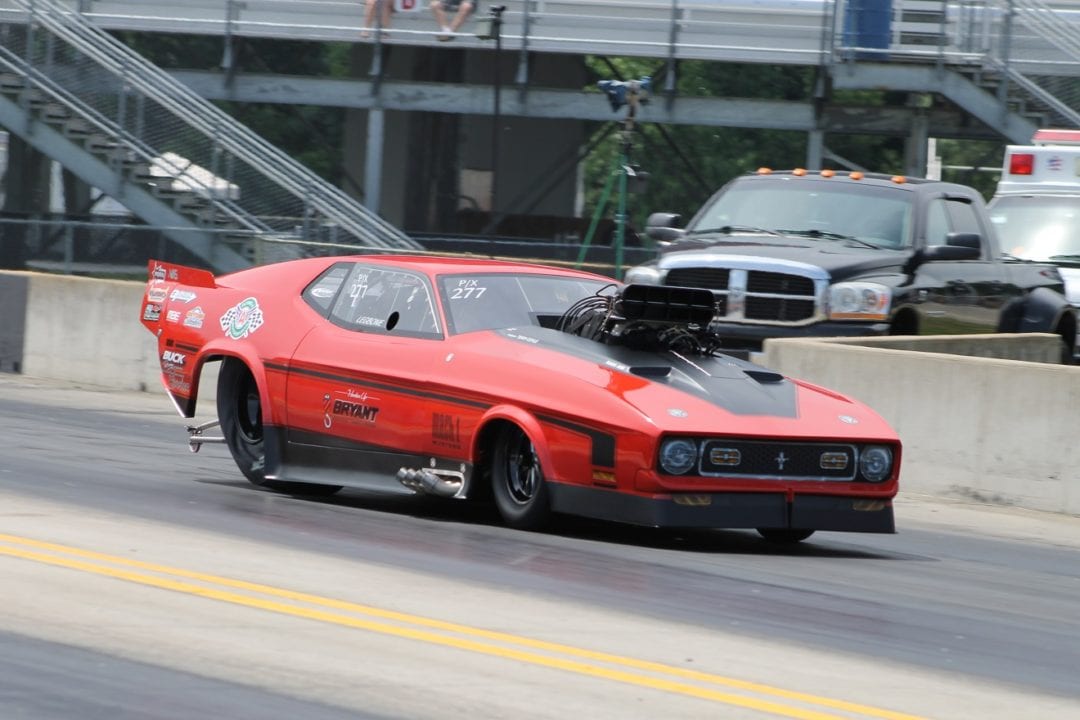 In March of this year PDRA Pro Extreme pilot, Terry Leggett, went in for a regular eye checkup. He walked away with a long list of upcoming appointments and treatment options. Leggett had melanoma eye cancer. 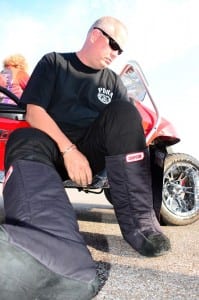 “Back in March I went for just a regular eye checkup and found out I had a melanoma tumor in my eye. The week during Rockingham I had a radioactive plaque put in my eye. It stayed in for five days and then they removed it. I really won’t know anything about the tumor for another five or six weeks. That’s when they’ll do all the resizing of the tumor to see if the radiation killed it or not. I’ll wind up having to have my thyroid removed, too. Probably sometime in July. There’s a strong enough possibility of cancer there that they want to remove it.”

In conversation with Leggett, none would be the wiser about his current health battle. He remains as positive and upbeat as ever. With an easy way about him, indicative in his southern drawl, Leggett takes everything in stride.

“Oh, I’m doing fine,” he reassured. “It’s just the way it is. Ain’t nothing to let it get you down. Just got to keep going forward. Keep that glass half full. Seems like we’ve been through a lot. Our oldest daughter was diagnosed with leukemia when she was 22. It’s been a battle with her. She’s had bone marrow transplants and stuff over the last five year or so. She’s doing well right now.

“As long as you can keep positive I think that’s the best way you can be. Life’s full of ups and downs. The only way I know to do is stay positive. I got a couple of really great grandkids, got lots of really good friends. The race stuff helps keep me going. Work keeps me going.”

“I’ve had a lot of support from the racing community,” Leggett added. “My doctor told me to get to going and doing my normal things. That’s the healing to it. It was great to be at [the Summer Drags], around all your friends. They’re just like family really. I met people 30 years ago in racing and today they’re some of my best friends. And they’re people from all over the country. It’s really neat. The racing community is just where I like to be. I really appreciate their support and making me feel welcome to be back.”

Although Leggett was forced to miss part of the PDRA season, he rejoined the series at the most recent Summer Drags at US 131 Motorsports Park. He picked right up where he left off. The logger from eastern North Carolina qualified sixth in NAS Racing Pro Extreme with a stout 3.635 at 211.47 miles per hour. He beat Don Walsh Jr. in round one before falling to eventual winner Frankie “Madman” Taylor in round two.

“We went up there pretty much just like we were last year, which the car was really fast at the end of last year. We kinda went back just like it was, and by the end of the race we were running fairly good. We do have quite a few new things we’re going to try. Hopefully we can test them between now and Budds Creek. If any of that stuff is as good as we think it’s going to be I think Budds Creek will be a good race for us.

“We got a new motor from Charlie Buck that’s changed quite a bit,” Leggett continued, elaborating on the changes his team is implementing. “It’s not the normal stuff. We believe it’s going to be better. And we’re going to do some different things with the transmission area. See if we can’t pick our game up a little bit.”

Leggett plans to race at the North-South Shootout at Maryland International Raceway, July 14-16, but after that his plans are uncertain, he says.

They say there’s no bad day at the track. But no one is immune to hardships. They come to all and when hard times come, it’s people like Terry Leggett who show us how to see the glass half full, keep moving forward, and be thankful for the good all around us.

We wish you the best in your recovery, Terry!