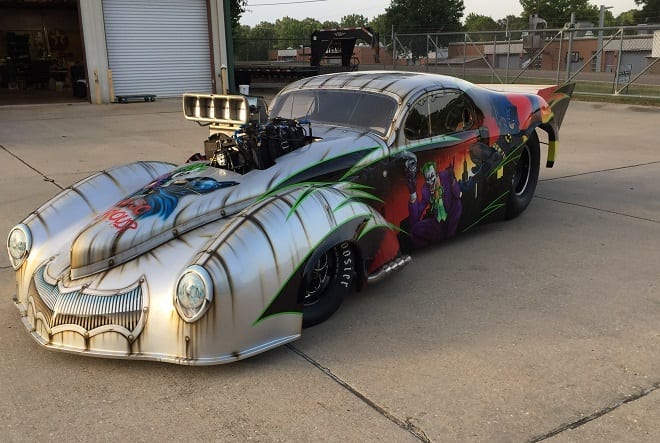 Wesley Jones made the best pass of his career at the PDRA Spring Nationals earlier this year. He took his famed ‘41 Willys to a 3.55 elapsed time at almost 215 miles per hour. On the very next pass, just past the finish line, Jones took a wild ride, slamming into the Rockingham Dragway guard wall. Jones suffered an L4 vertebra compression and fracture. His iconic Batman-themed Willys was damaged significantly and Jones would be sidelined as he and the car both recovered.

“We put a front half on and a body on the car,” Jones explained of fixing the Willys, built in 2002 by Tommy Mauney. “The front firewall-forward was damaged so I had to replace a lot of front end parts. The body on both sides got damaged and I just decided to replace it instead of repairing it, which was a good thing, because the car ended up losing some weight. It’s going to be legal weight now. 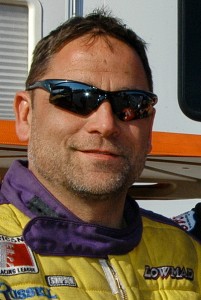 “Joey [Martin] did all the repairs to the car as far as the chassis work. B&G Auto and Ken Jackson and The Robbie Grant from Jackson, Mississippi did the airbrush work. The custom rendering of the car was done by Ian Hawkins with 660 Concepts. I toyed around with getting rid of the Batman theme altogether and doing something totally different, but so many people like it. I decided to keep it and got in touch with Ian to get me a concept, but I wanted it to be different than the original car. I think Ian did a great job. He put some of the old concepts together, updated with his flair. My airbrush guy put more flair on top of what Ian had come up with. It’s really a cool looking car now.”

As the repairs were completed on the car, Wesley prepared to rejoin the PDRA tour for the North-South Shootout at Maryland International Raceway:

“The doctors had never told me anything other than to take it easy. So I decided to go back and have another MRI done. The results came back from it ‘No significant change’. So my doctor set me up with a specialist. I was getting the car ready to go to Maryland. We would have left on Wednesday. Tuesday night my doctor calls me and tells me not to drive the car. So I tried to call and get somebody to drive for Maryland, but it was just too short notice for anybody. I go to the doctor again on the ninth of August. That’s the same week as [Memphis]. So instead of it being short notice about whether I can or can’t drive I just decided to get somebody to drive for me. So I contacted Joey.”

Martin filled the seat for Jones once before. In 2015, Jones would miss the first event of the PDRA season while recovering from surgery to fix a detached retina and tapped Martin to get his season rolling. The Willys happens to be the same vehicle Martin in which got his start in Pro Mod as a driver for Tim Tindle. So jumping back into the Willys driver’s seat should be just like riding a bike for the veteran Pro Mod pilot.

“I’m a little disheartened that I won’t be able to drive, but I want my car back out there no matter what,” Jones admitted. “I want it out there for the PDRA. The ultimate goal is to get back to driving the car. It may be that I don’t get back in the car this year. I’m okay with that. I need to get my back healed up. I have as much fun at the race track just being there, helping out. If I got to give up 3.5 seconds of my time there, I’m okay with that. The car will race the rest of the season, with myself Joey or maybe even someone else.”