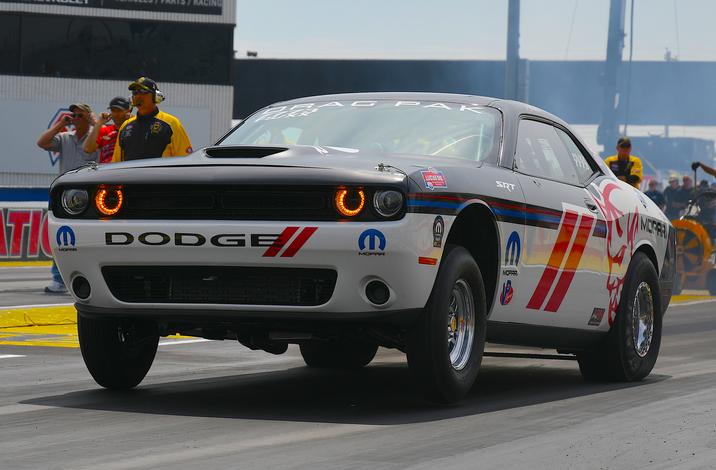 It’s shaping up to be a busy 2018 season for Leah Pritchett. In addition to the Don Schumacher Racing (DSR) star’s responsibilities behind the wheel of her Mopar Dodge//SRT NHRA Top Fuel Dragster, Pritchett will also steer a supercharged Mopar Dodge Challenger Drag Pak in the full slate of 2018 SAM Tech NHRA Factory Stock Showdown events.

“We’re excited that, in addition to competing under the banner of the Mopar and Dodge brands in the NHRA Top Fuel class, Leah Pritchett will also carry our colors into NHRA Factory Stock Showdown competition,” said Pietro Gorlier, Head of Parts and Service (Mopar), FCA. “Leah is a fierce competitor and a great brand ambassador, and we look forward to cheering her on in double-duty at seven events this year.”

“You should see the smile on my face, whether I’m talking about it or my team is talking about it,” said Pritchett, who in 2018 will also mark her second full year in a Top Fuel dragster. “It’s a dream come true. The double-duty aspect, I had a taste of it last year and honestly, I think it makes me a better racer overall. When we roll out in 2018, the Mopar Dodge Challenger Drag Pak will be put on the track by Don Schumacher Racing, which makes me feel fulfilled in every way. We have proven to have a very competitive racecar, and the goal is to be the quickest and fastest in both silos (Factory Stock and Top Fuel).

“To have a three-time World Champion Sportsman racer like Kevin Helms (as crew chief) is definitely an ace in my pocket, and I’m just being a student of his. We have had a pretty good off-season of development. The test sessions we’ve had, I never experienced a crew chief that was a driver and tuner before, so the dynamic is very exciting and compelling to me. Kevin is definitely a very large asset to the program, which gives me a ton of confidence.”

Starting today, fans also have the power to choose the look of Pritchett’s NHRA Factory Stock Showdown racecar. A pair of Mopar and Dodge//SRT-themed livery concepts, designed by motorsports lifestyle brand Hoonigan, will be featured on a special section of Hoonigan’s website, https://www.hoonigan.com/LP, for a fan vote that will end at 11:59 pm. ET on February 8.

Pritchett will carry the winning design at all seven NHRA Factory Stock Showdown races, starting at the first event, the NHRA Gatornationals, scheduled for March 15-18 in Gainesville, Florida. 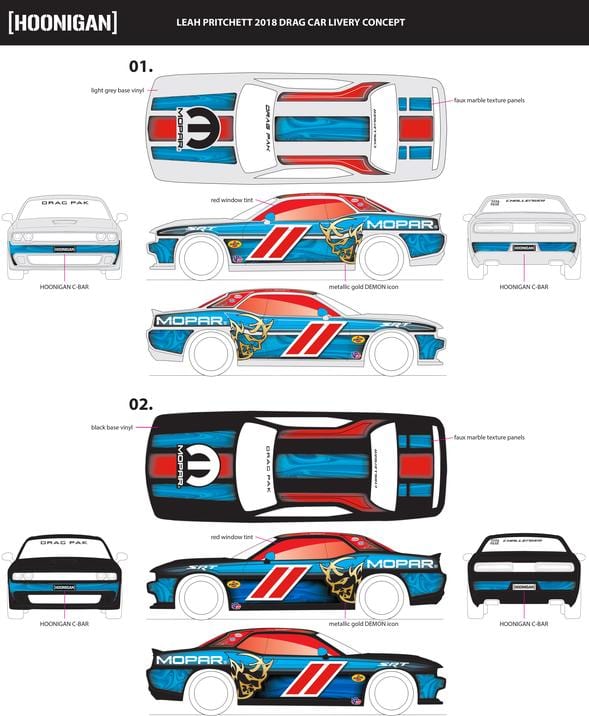 Fans can view daily updates and get access to an online racing HQ, news, events, galleries, available downloads and merchandise. Dodge Garage features include exclusive content such as a three-part video series, “Chasing the Title,” that offers fans a unique, behind-the-scenes glimpse at Pritchett and her DSR team in action.