As Tommy Franklin was coming up through the racing ranks in his native Virginia, the one class that stood out to him as the pinnacle of doorslammer racing was Pro Nitrous. He jumped at the chance to move up to the class in 2012, and when he was one of the founding partners of the Professional Drag Racers Association in 2014, he made sure it was included as a headlining class along with Pro Extreme and Pro Boost.

“Pro Nitrous appeals to me because you get to run like cars,” Franklin says. “I know the guy sitting next to me has the exact same stuff that I have. Maybe it’s a different engine builder and a different tuner, but it really puts a lot of the skill level on different pieces of the car, not just the power adder. I know that I should have a fair chance against anybody I’m up against.”

Now, as the series heads into its eighth season, there are arguments that Pro Nitrous and Pro Boost should be combined to form one all-inclusive Pro Modified class. That move would create fields of over 30 cars at most races, as both classes hovered at or just under the 16-car mark in 2020.

But it would also strip away the last remaining place for nitrous-fed Pro Mod entries to race one another without dealing with the parity concerns that come with multiple power adders and rule combinations in one class. Franklin and the PDRA technical department are determined to prevent that loss from happening.

“It’s important [to keep the class] because the nitrous cars are fun to race with each other from a competition level,” Franklin says. “It’s kind of like talking about Pro Stock. It’s similar to Pro Stock to where you have different engine builders and chassis builders and tuners. In my mind, Pro Nitrous is one of the most exciting classes out there.” 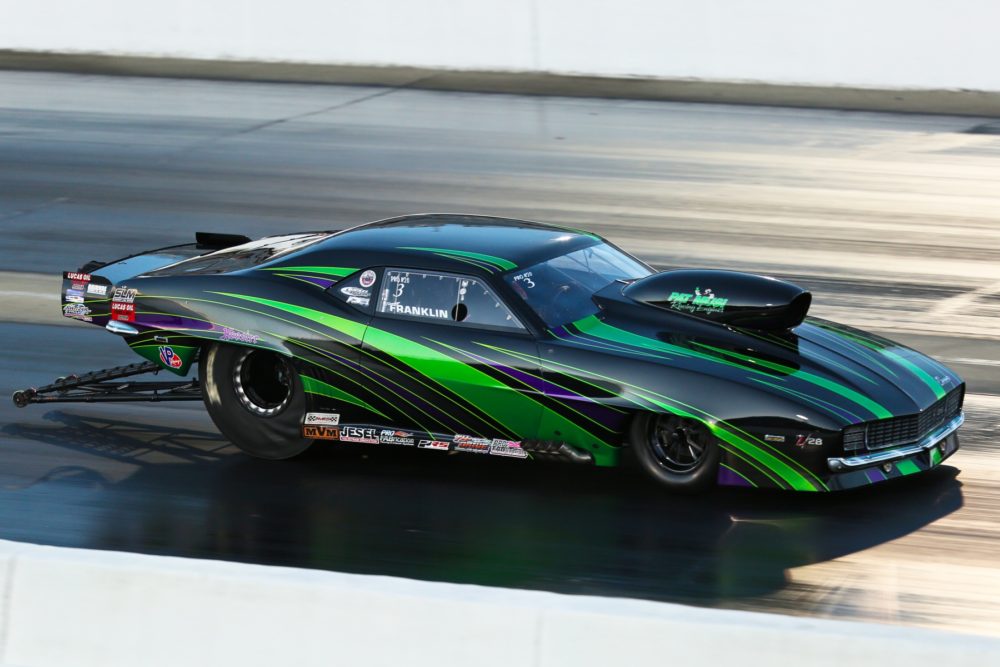 Franklin isn’t alone in his beliefs. Multiple drivers, tuners and engine builders in the class agree it should remain as is.

One of those drivers is two-time and defending Switzer Dynamics Pro Nitrous world champion Jim Halsey. He raced competitively against supercharged and turbocharged combinations in quarter-mile NHRA and IHRA Pro Mod before turning his focus to eighth-mile Pro Nitrous. He still enters various outlaw Pro Modified events, but he really enjoys Pro Nitrous.

“Racer-wise, I prefer to keep them separate,” Halsey says when asked about the idea of combining Pro Nitrous and Pro Boost. “The biggest thing is the weather has so much of an effect on the different combinations. I don’t think your rules will ever be equal for one combination or the other. The boosted programs are so weather dependent. In the spring and fall, they’ll be dominant. In the summertime, the nitrous cars will be dominant. Unless you could have some kind of a swinging scale or sliding scale on atmospheric conditions, I don’t think it would ever be 100% fair. I can’t say fair because I know everybody’s trying to make the rules fair, but one combination would have an advantage over another at certain times of the year.”

Brandon Switzer, who tunes Halsey’s car as well as championship contender Chris Rini’s, believes a combined Pro Mod class would lead to parity debates and drama that exists in other organizations that run all combinations together.

“The whole reason why I don’t run NHRA and don’t have much desire for it is the politics,” says Switzer, whose Switzer Dynamics firm manufactures intake manifolds and nitrous components. “Every conversation you walk into is somebody talking about how this is unfair or that’s unfair. Pro Nitrous is the perfect class for people that want to race and don’t want to talk. You don’t have to worry about all of the politics because there are none. All you have to worry about is getting your ass kicked because everybody’s got the same rules.”

As front-running competitors, it’s easy to understand why Franklin, Halsey and Switzer feel strongly about the class’ future. But as the PDRA’s owner, Franklin values the class for more than one reason. His wants to keep the class going not only so he can continue racing in it, but also so drivers in the PDRA’s Pro Outlaw 632 and Elite Top Sportsman classes – and even the Jr. Dragster classes – can make the move up when they’re ready. 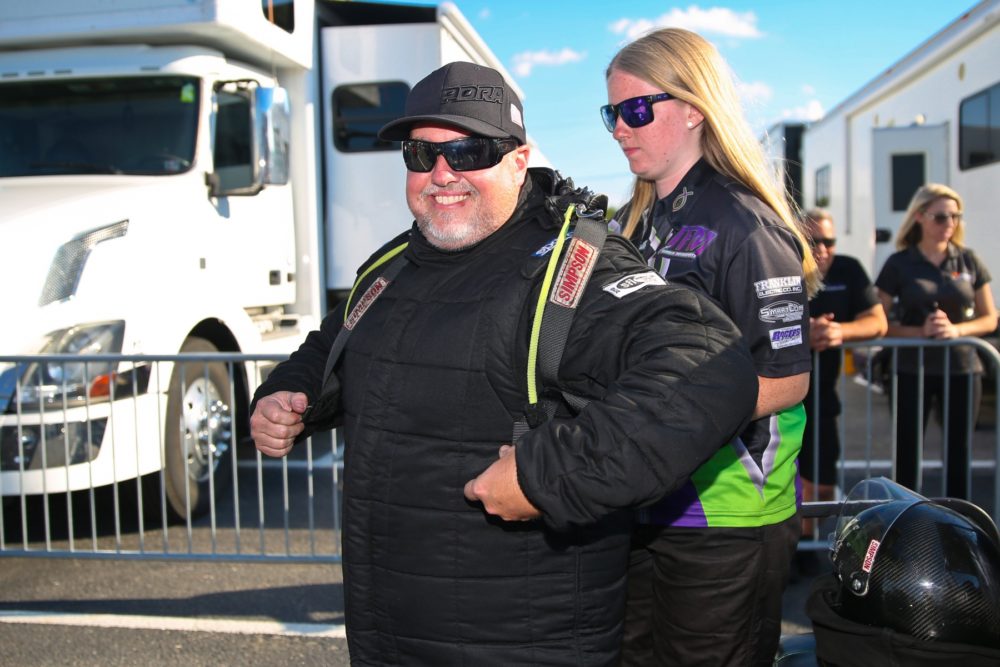 “We always want to grow our racers and give them opportunities to move up,” says Franklin, whose daughter Amber is planning a move up to Pro Outlaw 632. “People come in at the level that they feel comfortable with and they get to where they can really handle the class they’re in. Once they’ve won or accomplished their goals in that class, as racers, we always want to one-up ourselves. We’re not good with just staying in place. Whether we say that outwardly or not, your goal is always to take it one step further.”

Franklin provides the example of Johnny Pluchino, who won back-to-back world championships in Pro Outlaw 632, then moved up to Extreme Pro Stock and won another title there last year. He sees Pro Nitrous as being that next step for nitrous-assisted Pro Outlaw 632 racers like Wes Distefano or Elite Top Sportsman drivers who are already running toned-down Pro Nitrous cars in the low 3.70s.

“That’s awesome to see people like Johnny chasing those dreams and being able to accomplish them,” Franklin says. “For us at the PDRA, we want them to be able to stay in house when they do that. We want to have those levels for them to go to. I’m sure there are other racers in 632 who have that same idea. They like what they’re doing, but they want to go faster and take another leap and accomplish that. I want everybody to be able to accomplish that on the grounds, whether it happens this year, next year or 10 years from now. However long it takes them, I want them to have the ability to do that within PDRA.”

While the class saw some unusually short fields in 2020, those instances don’t reflect the future of the class. It was one of numerous classes that was impacted by the COVID-19 pandemic, and car counts towards the end of the season suggest the numbers will be back up in 2021.

“There’s so many cars out there,” Franklin points out. “We had 17 nitrous cars on the property [at the Proline Racing Brian Olson Memorial World Finals] and I can count 10-12 cars that weren’t there. I just invite everybody to come out and line up against the best racers out there. The side-by-side racing in Pro Nitrous is just unbeatable.”