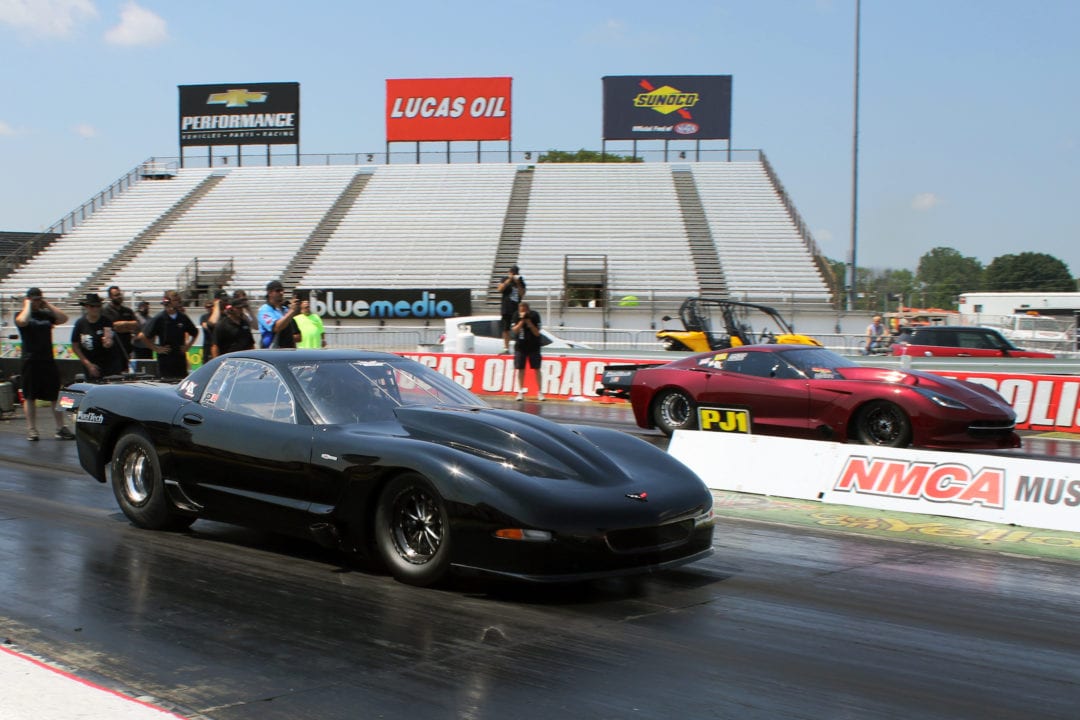 Shots fired! In between racing at the NMCA All-American Nationals at Lucas Oil Raceway in Indianapolis, Indiana, over the weekend of June 24-26, some pretty epic serpent shenanigans were taking place within the Pro Line Racing family of Mickey Thompson Radial Wars teams.

Word got around to Rob “The Gangster” Valden, Andrew Alepa and Chase Driskell that Keith Berry is ophidiophobic – yes, Berry is totally terrified of snakes. The three jokesters made a quick trip to a local pet store on Saturday afternoon where they purchased a baby ball python and started scheming.

Later that day, while Berry was sitting in the staging lanes strapped into his C5 Z06 Corvette waiting to make a qualifying run, Driskell walked up to the car with the snake in his hand and shoved it in front of Berry’s face. “Keith was trying to crawl out of the passenger side! I had the snake right on top of where his belts latched so he couldn’t get to them,” laughs Driskell.

Of course, Berry was less than thrilled about the situation and vowed his revenge on Driskell, Valden and Alepa. He began phase one of his retaliation the following day when he defeated Valden in the first round of eliminations with a big holeshot advantage (maybe he was just in a hurry to get away from the snake?) and sent Valden packing. 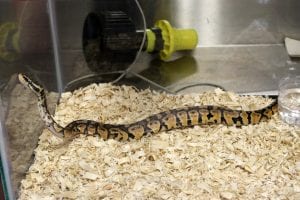 “They told me they registered the snake’s name as ‘WOOOO’. I told them I registered their race program as ‘my bitch’. Don’t poke a f&$%*&^ tiger and expect it not to go tiger on your ass,” says Berry, who was visibly heated about the incident. Knowing him, it won’t be long before Keith “The Snake” Berry returns the favor with some mischief of his own.

The two teams will meet up again at the Nitto Tire NMRA/NMCA Super Bowl of Street Legal Drag Racing event held at Route 66 Raceway in Joliet in late July. There’s going to be a lot riding on the next match up, and both teams will be going all out in pre-race testing to try and get a competitive advantage. It also wouldn’t be surprising if there was a big-money callout made during Donald “Duck” Long’s “No Mercy 7” race at South Georgia Motorsports Park later this year.

And so, let the prank wars begin!