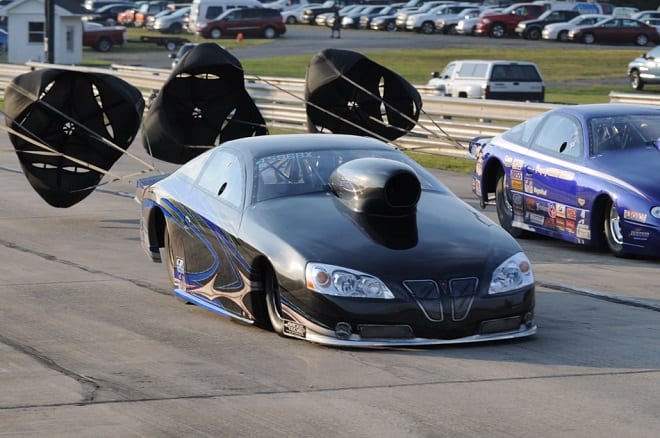 As the summer days get hotter and more humid, that can only mean one thing to drag racers, fans, and sponsors: It must be time for Piedmont Dragway’s often imitated but never duplicated “PowerJam”. The 2017 edition will feature the stars and cars of “The Big Dog Shootout”, such as Tim Lawrence, Ronnie Gardner, Larry Pearce, Bubba Turner, Cam Clark, John Lassiter, Brett Nesbitt, and Brian Schrader. Also on hand will be the 6.0 Raiders, 7.49 Real Street, and the Outlaw DoorSlammers.

Also in the house, as in years past, will be the stars of the Extreme Outlaw Pro Mod Association. Founder Stuart Williams will undoubtedly be smiling down on the group this year as the event will be bigger and better than ever. Executive Director Rick Moore, along with Piedmont owner Ron Senecal, have taken steps to ensure the competitors will have a purse worthy of the efforts of drivers that will include Chris Cline, Tony Wilson, and Jamie Chappell. The purse will pay the following: $6,000 to win, $2,000 to runner up, $1,500 to semis and $1,000 to qualify. In the event of a 16-car field the purse will pay $500 to qualify. Sponsors include: ATI Transmissions, VP Racing Fuels, Diamond Pistons, and Hoosier Racing Tires.

Put this event on your schedule and be sure to be there for this year’s edition of the “PowerJam” at the “DoorSlammer of the World”, historic Piedmont Dragway.