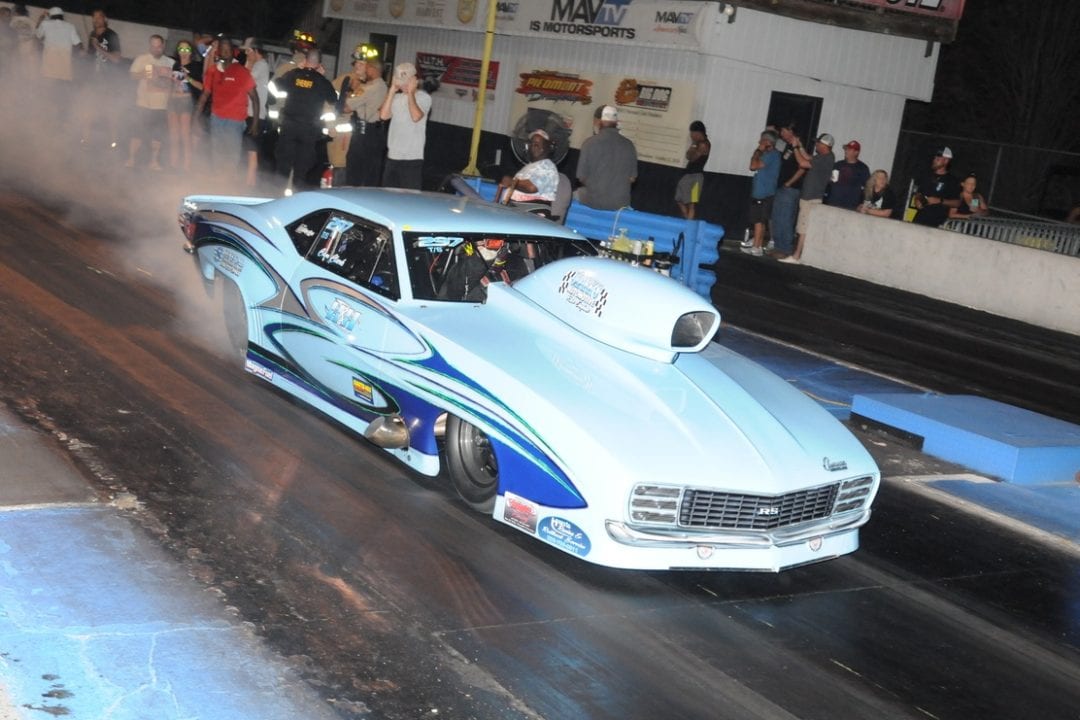 The 2018 season is almost at the end and big things are getting ready to happen at the “DoorSlammer Capital of the World”, Piedmont Dragway. With the final points event of the season coming up on Thursday, September 20, all points champs will be awarded the prestigious “Wally”, a direct result of the new sanctioning agreement putting the track in the Division 2 of the NHRA, in coordination with the “King of the Track” program. Track General Manager Kevin Shipmon has made arrangements to give these coveted trophies to the champions in Big Dog, Outlaw Door Slammers, 6.0, and 7.49 eliminator brackets.

With all of the eliminators hotly contested, here are some of the possibilities: In Big Dog, only 13 points separate leader Cam Clark, driver of the H&H Camaro, from Tim Lawrence in his Rick Jones-built 2013 Camaro. Sandwiched in between is Brian Shrader, in his Robert Hayes-tuned C-7 Corvette. This will mean each round of qualifying, as well as each round won, will be important to the overall total that could mean a championship to one of these three drivers.

So there you have it, a total of approximately 15 points separate all the would-be points champions to be crowned on Thursday, September 20. Hope to see you there, should be a terrific night of racing at historic Piedmont Dragway.