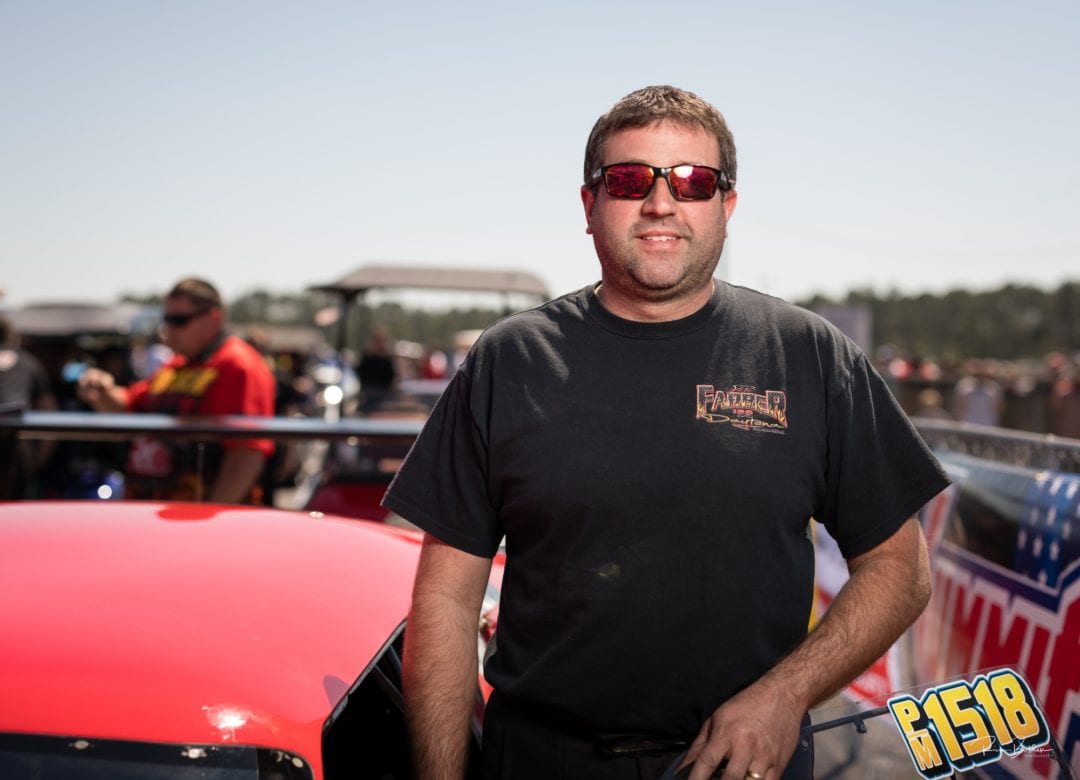 Seeing the summer days dissolve into one another toward their inevitable journey to fall, it’s not difficult to understand why we want time to slow down a bit. Cookouts, homegrown tomatoes, and of course racing, are at their best during the sultriest days of the year.

The advantage, though, of time moving ever forward is we’re getting closer and closer to the Drag Illustrated World Series of Pro Mod presented by One Cure and J&A Service, where 16 of the top Pro Mod racers in the world are going to meet for a winner-take-all $100,000 payoff. With the unique format of drivers being paired for the first round of eliminations via random draw instead of traditional qualifying, the racers know their opponents weeks ahead of time.

For Massachusetts native Pete Farber, whether that’s a positive or negative is a mixed bag. Farber’s E1 opponent is drag racing veteran Jim Whiteley. Jim’s been doing this for a good minute and has seen and done quite a bit in his storied career.

“Jim’s going to be a tough customer,” Farber said during a recent phone call. “He’s obviously been around for quite a while. That’s in the back of your mind, knowing that he’s got the background of that. You’ve got a month to think of all that and I’m just some small guy from (Massachusetts).

“I’m not necessarily overly concerned, trying to keep that in my mind to not totally freak out about it, but it’s definitely there, you know?”

Farber himself isn’t a driver to look past. The pilot of a gorgeous ’69 Daytona with NHRA Pro Mod victories at Bristol in addition to being the 2014 US Nationals runner-up, Pete’s résumé is as solid as anyone in the 16-car WSOPM field. With that being said, he understands the honor behind being chosen to participate in this incredible event. 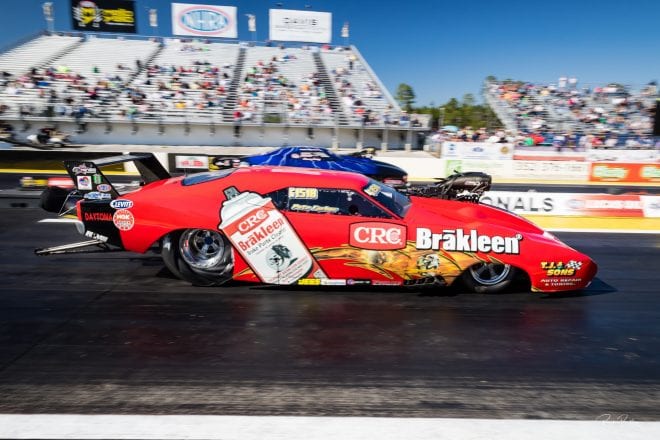 “The fact the invites went out to 14 people and one of the last two is a fan favorite and you have to get in from the Friday night shootout, that’s a huge honor. Honestly,” he said. “When (Drag Illustrated Editor-In-Chief) Wes (Buck) came to me with that and invited me to go for that, saying, ‘Pete, you’re a colorful guy and we want guys like you who’s behind the race,’ I was honestly very honored to get that invite. I would literally have to be on fire, personally, to miss that race.”

As we hope Farber remains flame-retardant before the race, hosted by the legendary Bandimere Speedway, once there, the honor of selection takes a back seat to dreams of a massive paycheck. Anything less than hoisting the trophy at the end of the weekend means you’re going home with what you brought with you. Second through 16th earns only experience and memories.

Is it worth the risk for Farber?

“But absolutely not, I’m not afraid of that at all. We’re gonna go out there and put our best foot forward and race for the pot at the end of it. Doesn’t matter who’s over there, you gotta run your own race, because at NHRA, you’re not racing for much in the first or second round over there, either.”