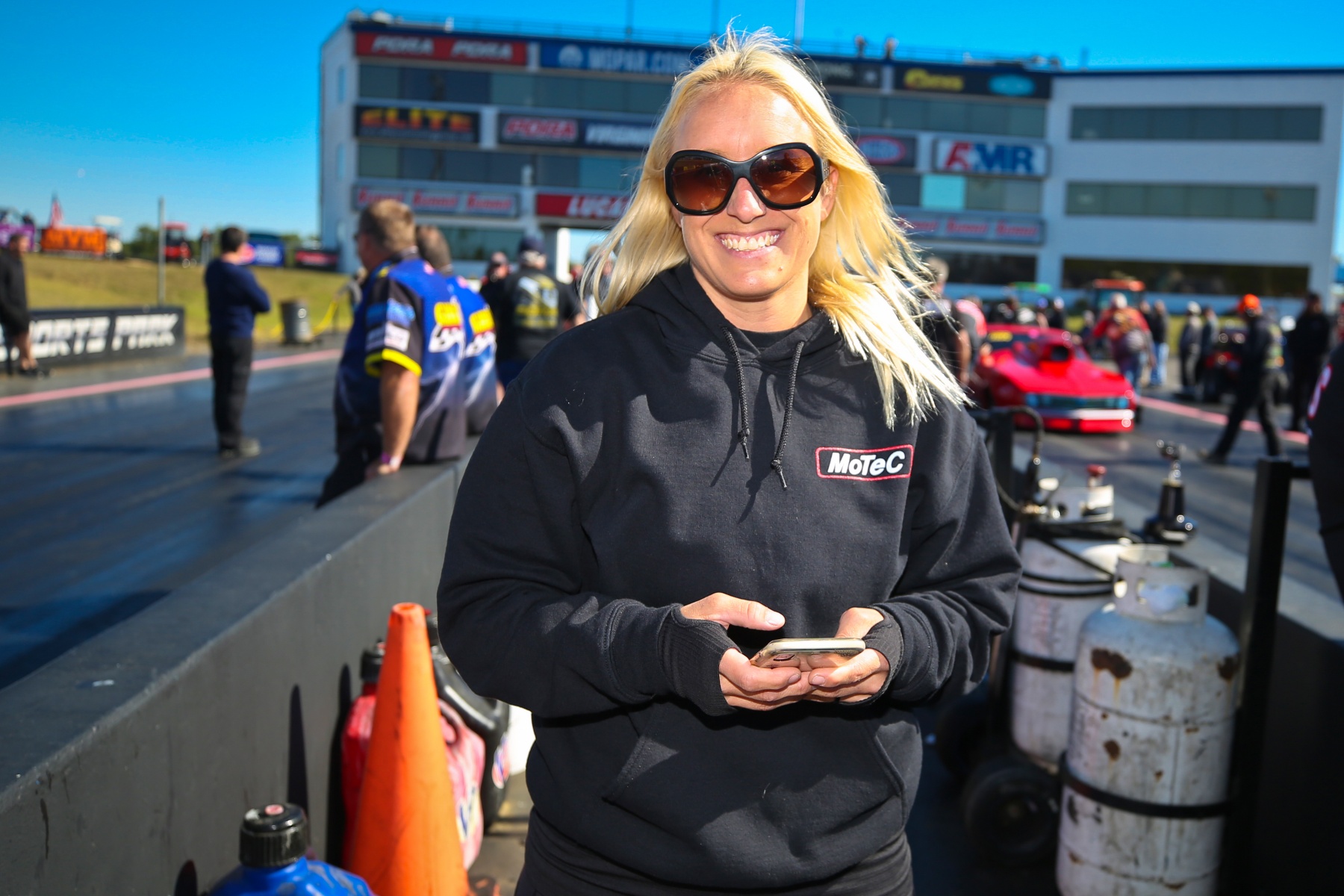 Drag racing has long been a level playing field, a place where men and women from all walks of life can compete on the same stage and get the same opportunities. That much is evident in the PDRA, where a diverse group of people comes together to create one of the most competitive yet fun, family-friendly racing organizations in the sport. From series co-owner Judy Franklin and pro class stars like Melanie Salemi and Lizzy Musi to rising stars in the sportsman and Jr. Dragster classes, women are leading the way and shaping the future of the PDRA.

For the PDRA special section in the 2021 Women of Power Issue, Drag Illustrated and the PDRA are highlighting just a few of the women who help make the organization what it is.

As a daughter of Pro Modified legend “Tricky” Rickie Smith, Melissa Switzer (feature image) grew up at the racetrack around nitrous-assisted Pro Mods. She spends even more time around bottle-fed race cars now as she works alongside her husband, nitrous oxide guru Brandon Switzer, at Switzer Dynamics. The small five-person company is heavily involved in the PDRA’s Pro Nitrous class its title sponsor and a leading manufacturer offering innovative products and customer support.

“That’s been one thing we’re really proud of,” Switzer says of their support of Pro Nitrous, which actually predates the PDRA. “I try to make it a point to come and help be customer service as much as I can while I’m here so Brandon doesn’t get bothered as much. We love running over here. It’s just a great place to race. The people are great. The Franklins do a great job. It’s just always killer and we have a great group over here running. It’s made it a lot of fun to be here. I wouldn’t miss PDRA for nothing, and I don’t.”

Switzer can be found on the starting line every time Pro Nitrous is running. She’s had an up-close look at the class as its competition level has grown by leaps and bounds.

“There’s no give anywhere,” Switzer says. “It’s just been amazing to watch. I just know everybody is running so fast and the drivers are stepping up their game to cut good lights. It’s just awesome competition.” 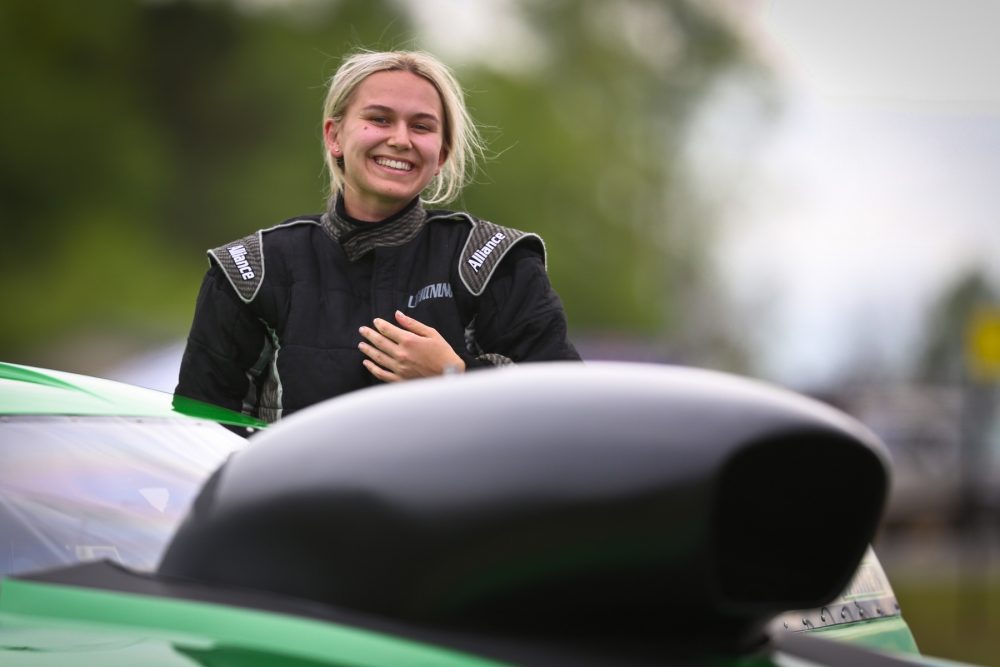 Tanner has had her eye on the 632 class since it joined the PDRA a few years ago. When she took the Super Gas class in a door car at Frank Hawley’s Drag Racing School, she knew she wanted to get into a door car. She’s continued the learning experience in her own car this year, and she’s ready to take the next step: adding nitrous oxide to the Camaro’s setup for the fourth race on tour. 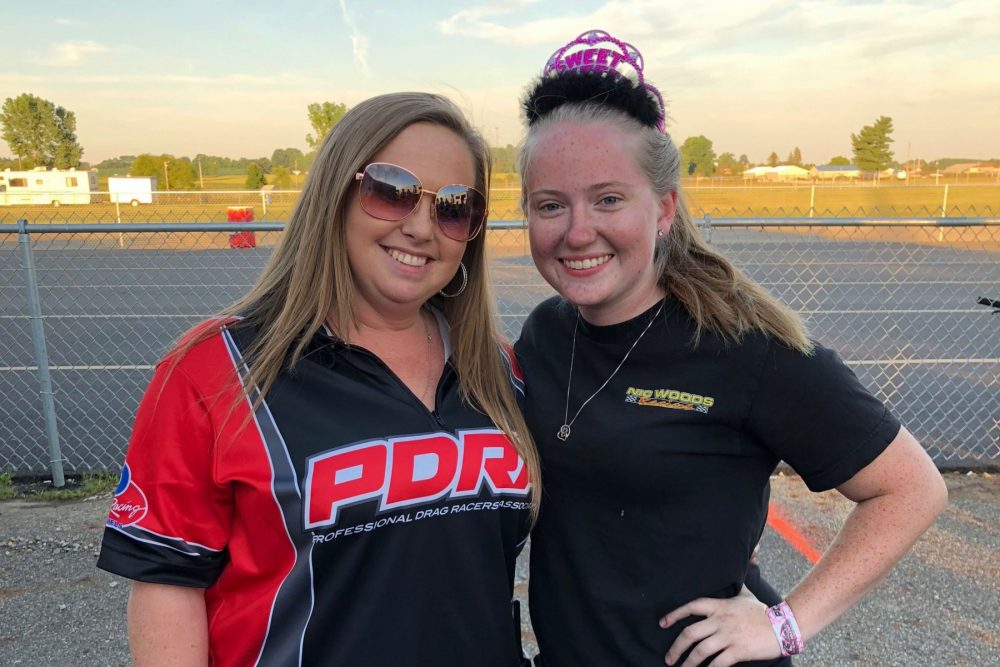 With positions at PDRA and Virginia Motorsports Park, Crystal Corbin wears many hats. During the week, her duties include managing the day-to-day office operations at VMP, as well as coordinating PDRA ticketing and booking travel for the PDRA staff. Once the race weekend is underway, she can be found handling racer registration, making sure media members are fed, working with the host track to ensure the spectator gates are handled, and handing out low qualifier and special awards, as well as coordinating the winner’s circle experience.

It can be an overwhelming amount of work, but Corbin is passionate about her involvement with the series, so much so that she was awarded the 2020 Spirit of the PDRA award.

“Receiving the Spirit of the PDRA award is such an honor,” Corbin says. “The fact that it was given to me by my coworkers and peers makes it even more special. I love working and being a part of the PDRA and all that it stands for, so to be recognized as the ‘spirit’ of such a special organization is amazing!”

Joining the PDRA early in the 2016 season started as an opportunity to help out and spend time with her cousin, PDRA and VMP co-owner Judy Franklin, as well as her nieces, Amber and Ashley Franklin. But it’s become so much more for Corbin as she’s gotten to know everyone involved in the series.

“I love the people, from the racers, crews, and their families to my coworkers,” Corbin says. “I’ve have also enjoyed meeting the staff and racers at the other tracks we have visited. The people are what make the series, the racing is just a bonus.” 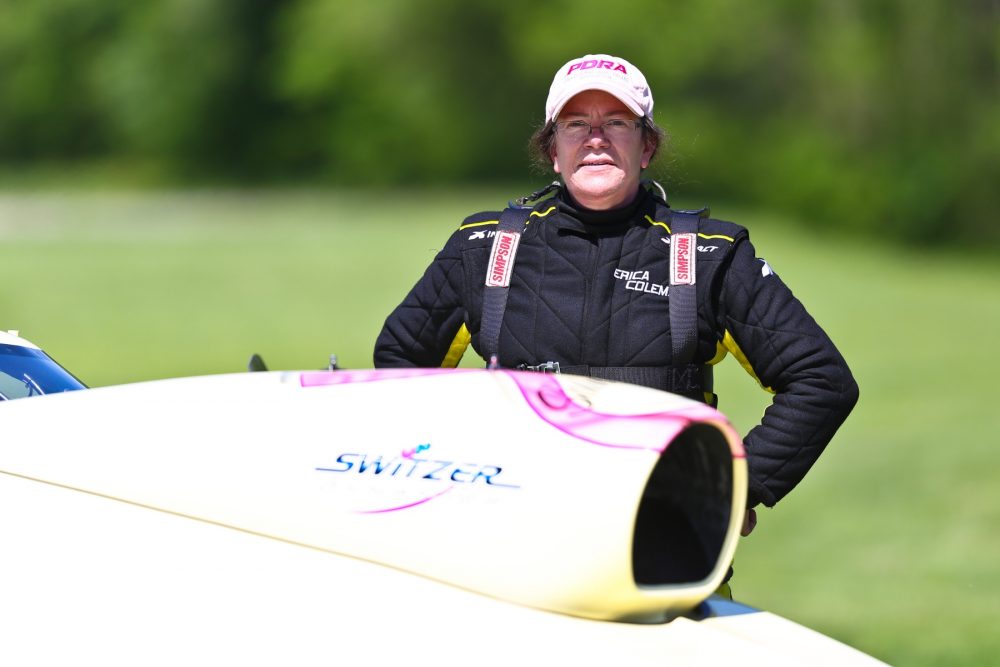 “The competition,” she says. “You have to be at your best. It’s an excellent group of people and you could go home with a .00 package. It just makes you be on your game.”

Coleman, who operates Purnell Body Shop with her husband, David, will celebrate 10 years of being cancer-free in July.

“That’s the reason I got this car,” Coleman says of her Fulton-powered ’68 Camaro. “When I got cancer and got done with treatment, we were like, ‘If we’re ever going to do it, now’s the time to do it because you never know.’”

The Camaro that Coleman now drives to eighth-mile passes in the 3.80s is actually the same car Jim Halsey drove to the first 5-second quarter-mile pass for a nitrous car in 2008. The Coleman and Halsey teams work together now, always parking side-by-side and joining each other on the starting line.

“If it wasn’t for the help of Jimmy and Cathy [Crouse], it’s just my husband and me and the dog [Ziva],” says Coleman, who also credits Brandon and Melissa Switzer for helping the team. “I’m thankful that they’re with us so if we do get into trouble they can help us and go to the line with us. It’s a family thing. You spend more time with this family than you do your own family sometimes.” 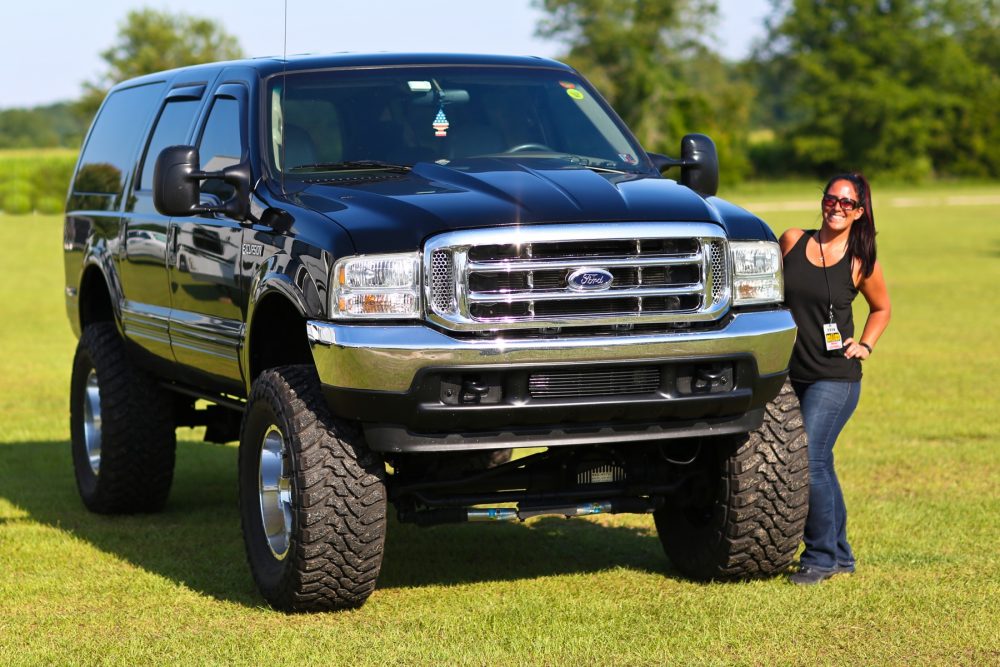 Tara Bowker first started photographing PDRA events in 2014. She had been shooting drag racing events for about a year, and when she heard there was a “Christine” ’58 Plymouth Fury Pro Mod themed after her favorite Stephen King thriller, she jumped at the chance to shoot it at the PDRA’s first stop at Virginia Motorsports Park.

Bowker has been shooting PDRA events ever since, gradually increasing from a few events a year to all eight per season for the last few years. No matter the distance between her home in southeast Pennsylvania and the races, she drives to each event in her “track truck” affectionately known as “Strykr.” She’s drawn to the PDRA because of the family atmosphere, but the abundance of Pro Mods doesn’t hurt either.

“I love how there’s the rivalries but at the end of the day everyone comes together,” says Bowker, who grooms show dogs during the week. “Growing up with only a single mother, it’s my type of a ‘family reunion’ every year that I really look forward to. Every bit of vacation days I get at work I save for PDRA events.”