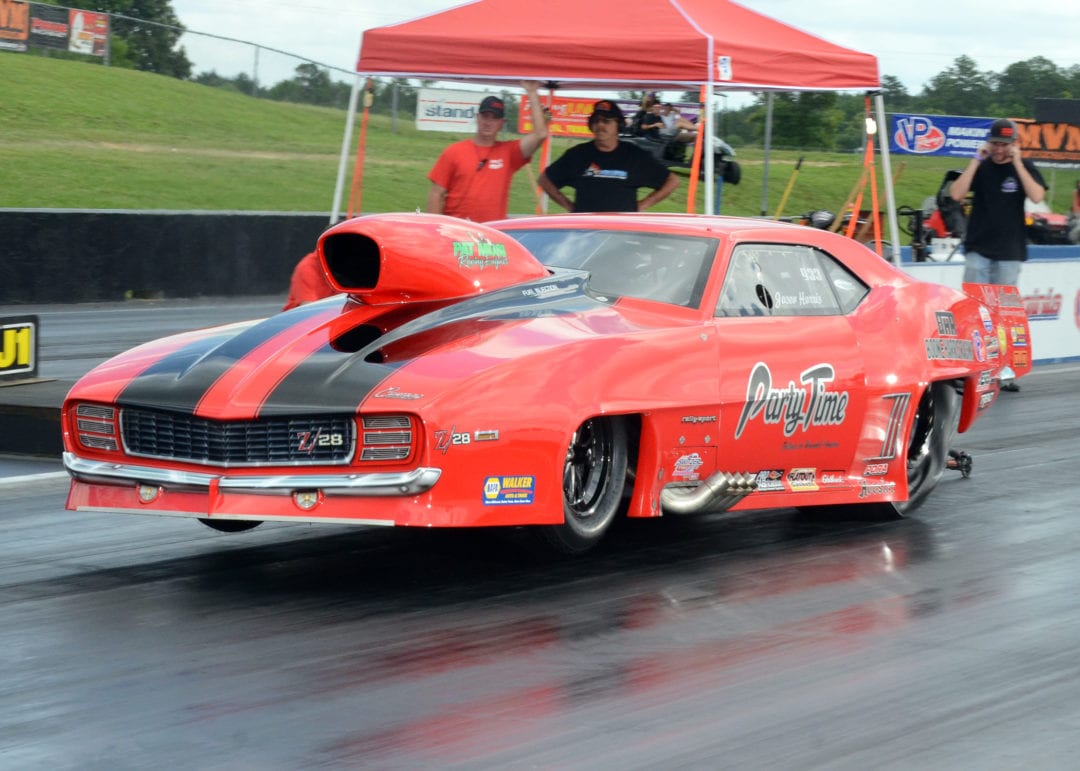 The PDRA is now officially halfway through the 2018 season and a clear leader has begun to emerge in the Flatout Gaskets Nitrous Wars. Musi Racing Engines drivers have now taken the Switzer Dynamics Pro Nitrous presented by MoTeC pole position in three of the four contested events. No driver has yet to repeat as low qualifier, but engine builder bragging rights currently belong to the Musi camp.

At the season opener, Tommy Franklin scored low qualifying ET in his 959 cubic inch Musi powerplant. At the next event at Maryland International Raceway, Jay Cox scored a lone Flatout Gaskets Nitrous Wars bid for Buck Racing Engines. At the last two events it’s been all Musi again with Jason Harris topping the leaderboard at US 131 Motorsports Park with a 3.714 at 201.52 effort. He went on to win the event. At the latest national event, Randy Weatherford used his Musi engine to power to the front with a 3.712 at 202.82.

Although he hasn’t quite sealed the deal, yet, Jim Halsey has been making waves with his Fulton engine. He qualified second at Virginia Motorsports Park and went to the semi finals before falling to eventual winner, Jason Harris. Harris left .022 in front of Halsey, which put him crossing the finish line first by just .003.

Harris, the inaugural PDRA Pro Nitrous World Champion in 2014, has returned to champion form this year. He’s used his one Flatout Gaskets Nitrous Wars win and back-to-back event wins to catapult to points leader. He currently sits 495 points ahead of Jay Cox. Lizzy Musi sits in third, while Jim Halsey and Tommy Franklin round out the top five.

Four events remain on the 2018 PDRA tour, which means there’s just enough time for Fulton, Buck, Sonny or Albert engines to edge out Musi and end the ongoing Musi reign.