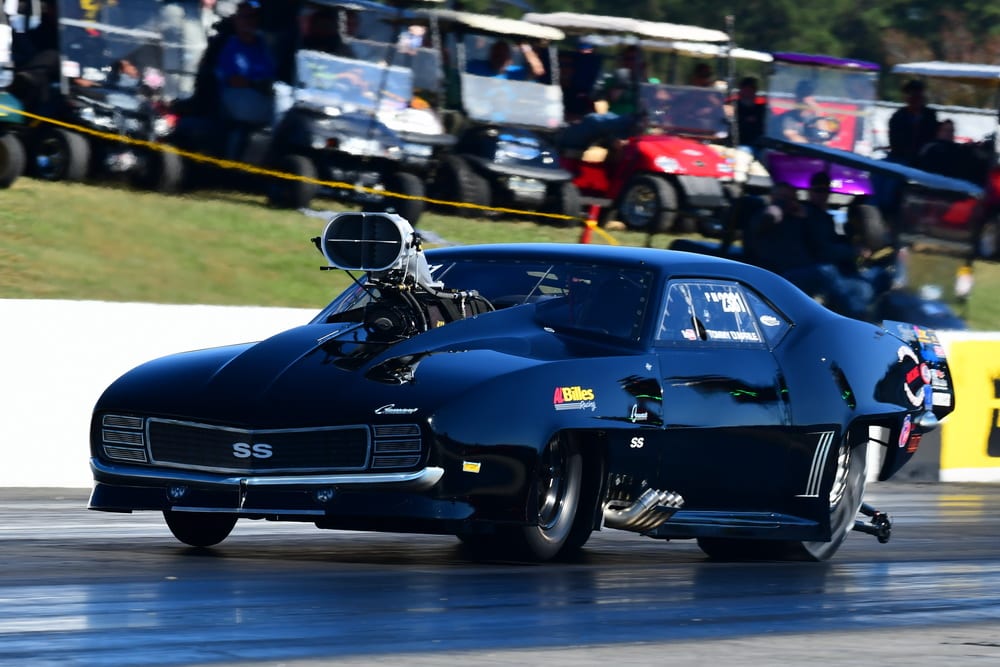 Qualifying in several classes was completed, while the remainder of Pro Nitrous final qualifying will kick off Sunday’s racing at the World Finals. The scheduled start time is 10 a.m.

“Even after the rain, we had every intention of finishing qualifying tonight and going into first round in the morning since this is the World Finals, but the conditions became unsafe,” said Bob Harris, PDRA race director. “The temperature was dropping and dew was coming off the cars as they went down the track. We want to finish this race on time, but not if it means sending our racers down a cold, unsafe track.”

The PDRA will crown its 2018 world champions on Sunday with the conclusion of the 4th annual Brian Olson Memorial PDRA World Finals.