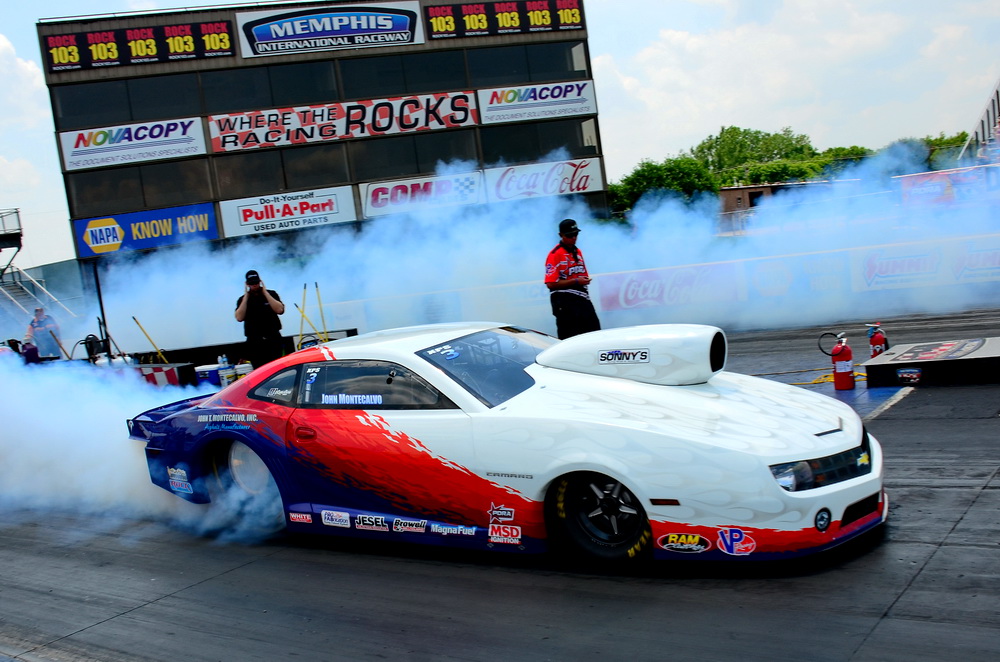 The naturally aspirated kings of drag racing will make their return to the PDRA at five select events in 2016. During Extreme Pro Stock’s one-year hiatus, racers, fans and staff felt the class’ absence and worked diligently to ensure it would once again be contested on the eighth-mile circuit.

“We are excited to welcome Extreme Pro Stock back,” stated PDRA Race Director, Bob Harris. “Last season we got many phone calls, emails and questions about its absence. It’s a fan favorite with a rich history and we are excited to make it a part of the PDRA show once again.”

“We made sure that the events we chose to run Extreme Pro Stock would not conflict with other events they may already have on their schedule for this season,” added Harris. “We have several racers who would like to run both series available to the class and we want to encourage that.”

One such racer who plans to run both PDRA and IHRA, John Montecalvo, applauds the PDRA for bringing the class back to eighth-mile racing. “We’re looking forward to running with the PDRA again and visiting the great facilities on the schedule,” stated the two time Mountain Motor Pro Stock World Champion. “The goal is to build up the class and get more participants over all. Running with the PDRA gives our type of cars another outlet in which to compete. We’re looking forward to growing the class.”

Extreme Pro Stock will begin as an eight car qualified field. The class will run for PDRA points and crown a World Champion at season’s end. Long-time Pro Stock proponent and co-owner of the Mountain Motor Mafia brand, Dave Roach, was instrumental in bringing Extreme Pro Stock back to PDRA.

“Many of the racers prefer the eighth-mile format,” told Roach, who also serves as Team Manager for Pro Stock competitor Dwayne Rice. “I think this is good for the PDRA and I think it’s good for our class. That’s obvious from the amount of people who have pulled behind it. Going forward, the class has to increase its following and fanbase. We want to educate the people and involve them. The fans want the experience. The Pro Stock class needs to be redirected and re-formated with that intention. There are a lot of Mountain Motor Pro Stock fans out there.”

Roach also feels there’s a strong possibility for a 16 car qualified field in the future as the class regains solidarity with the PDRA.

Extreme Pro Stock will make its 2016 debut at the PDRA Spring Nationals, April 8-10 at Rockingham Dragway in Rockingham, N.C.