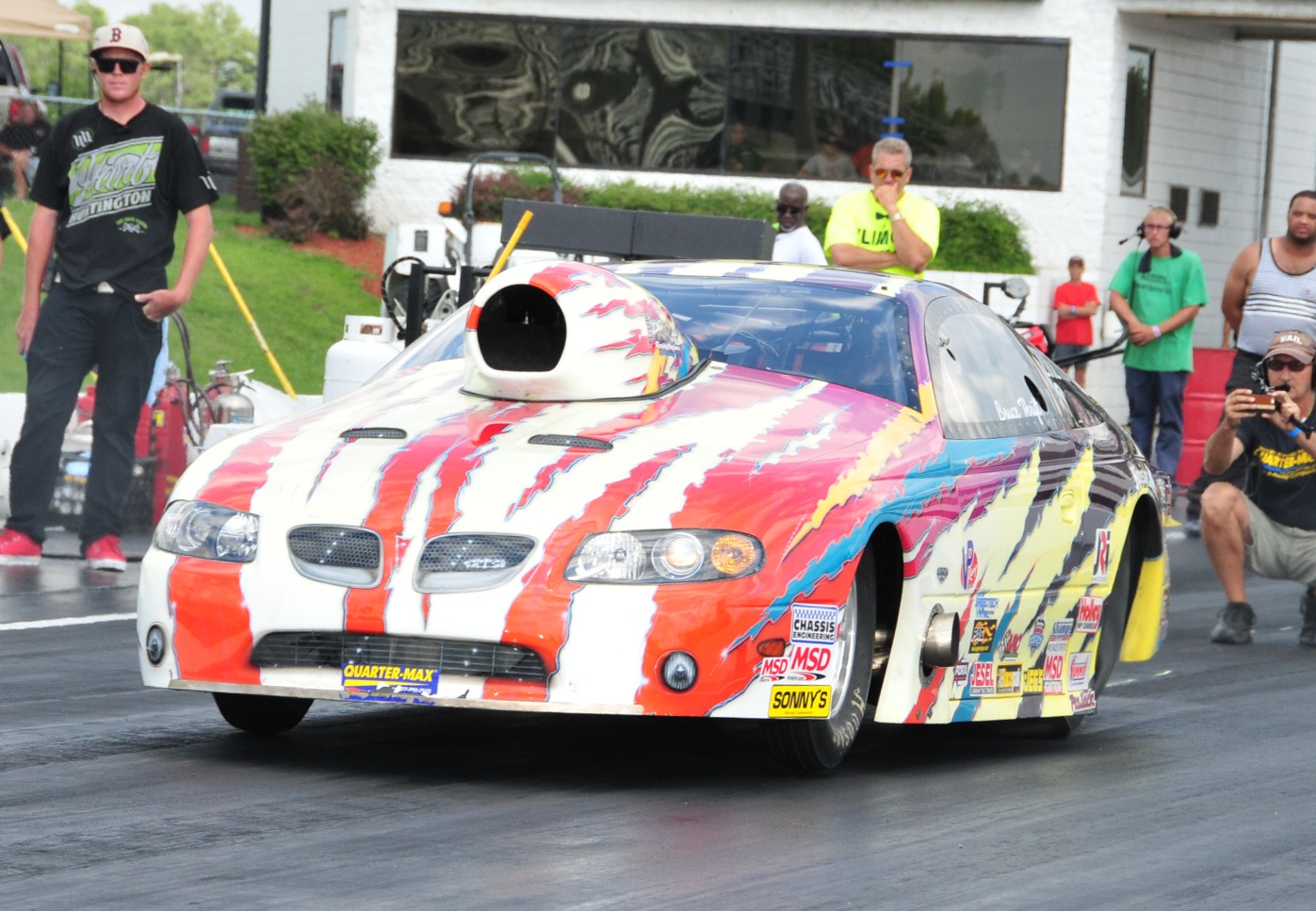 The Professional Drag Racers Association is known for its highly competitive eighth mile doorslammer racing. Though considered a sportsman class because of its bracket racing format, Top Sportsman (TS) is arguably one of the toughest and most fascinating classes in the series. Qualifying competition is fierce, requiring the top 16 to run a 4.160 or better to make the PDRA Finals in Virginia last October. Once qualified these men and women must dial their cars in running 4.10s or better, judging the finish line at around 180 MPH.

“I’ve been running their transmissions and converters for years,” Bruce said of FTI. “In my opinion, it’s the most competitive edge you can have. My car varied .011 on two systems in six states and nine months. Which I got a pretty good car, too, but I think a lot of it is torque converter. It’s unreal how good it is, really. It is crazy good. I was one of the first ones to run a 157 low gear. We did it as an experimental deal. We tore it down and it looked as good as the day we put it in.”

FTI Performance boasts wins in nearly every category across the board of drag racing organizations. This year alone FTI transmissions and converters were utilized on a slew of champions’ machines.

“We’re proud to be a part of the PDRA,” stated FTI’s Greg Samuel. “We appreciate the level of commitment they’ve brought to the racers and we believe our involvement will be good for the racers and series alike. FTI is dedicated to giving back to the racer. The FTI Performance #1 Qualifier Award will give Top Sportsman racers another goal this season. It’s a great opportunity for them to earn a little extra cash. We know every racer can use that.”

On top of sponsoring the Top Sportsman #1 Qualifier Award, FTI Performance will also come on board Thrift’s TS machine as a partner for 2015.

With this winning combination, Thrift plans on changing little in 2015. His one major change is to utilize Billy Albert Racing Engines. “I let him freshen my stuff up simply because he supports what we do,” explained Thrift. “He’s at every race. He pays contingency. It had nothing to do with Scott [Duggins, PAR Racing Engines]. I wasn’t unhappy with him. It was something I felt like I needed to do for Bruce. I mainly went with Billy because he’s at the races I go to and supports what I’m doing. When I hurt a motor last year he came over to the pits and was ready to help me change pistons if that’s what was needed and it wasn’t even his motor! That’s why I choose companies like Billy Albert Racing Engine and FTI Performance. They give support us and I want to support them.

“Other than the change in my engine program everything else is pretty much the same – PDRA all the way. It’s liable to get ugly this year. Who would have thought – like at Virginia – you would have to go 4.160 to qualify for a bracket race? But I love it. If I win the lottery tomorrow I would still be doing the same thing I’m doing right now.

Although Thrift is playing a vital role in bringing about the FTI Performance #1 Qualifier Award, he doesn’t plan on running for that money himself. “I race smart,” Thrift added. “I run what I need to qualify and then I’ll back off and go into race mode. I won’t waste two runs playing. I struggled a little bit at the first of the year last year with some combinations, but this year I’m coming out of the box swinging. I’m going to stay in the game and not get wrapped up in the Quick 4 and all that. I love to go fast, but I also like to win. That winning gets in the way of my playing.”

Having said that, however, Thrift was quick to add that if he wanted to make a run for low qualifier, his machine will be more than capable. “The changes we’ve made it’s predicted I’m going to be running upper 3.90s on two systems. I’m going to have potential if I want to play with it. I’ve got more systems I ain’t even turned on,” Thrift promised. With the consistency of his FTI converter and transmission and the performance of his engine program, Bruce Thrift will certainly be one to watch in 2015.

For more on FTI Performance, visit their website: http://ftiperformance.com/