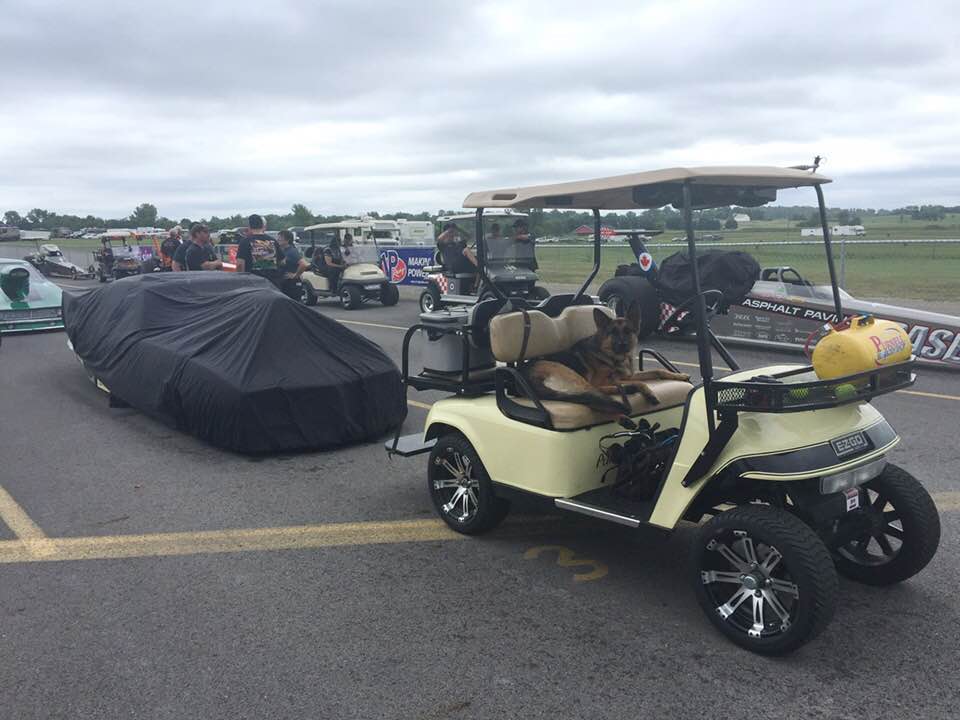 Despite multiple attempts to dry the racing surface, Professional Drag Racers Association (PDRA) officials decided to cancel the remainder of the PDRA Super Strip Nationals at National Trail Raceway. The decision was announced Saturday afternoon after rain showers prevented the completion of the first of three planned qualifying sessions.

“This was a tough decision,” said Bob Harris, PDRA race director. “We fought it from Thursday through today. The racers were getting edgy after sitting here for 2-3 days, especially knowing we’re probably not going to get it done even if we do get in one round of qualifying. We just made a final decision to let everyone go home and enjoy Sunday.”

A threatening Sunday forecast and a substantial amount of racing left to complete gave PDRA officials no choice but to cancel the event.

“The Sunday forecast looks just as bad,” Harris said. “We would run on Sunday if we could get in two rounds of qualifying today, but that just wasn’t happening. It takes eight hours to run two qualifying sessions, which is our rule. It wouldn’t be fair to give everyone one qualifying session and set the field. The weather wouldn’t even give us the chance to complete one session, so there’s no sense in everyone sitting here and spinning our wheels.”

The PDRA will take a month off before returning to action at the PDRA Drag Wars, Sept. 6-8, at GALOT Motorsports Park in Benson, N.C.